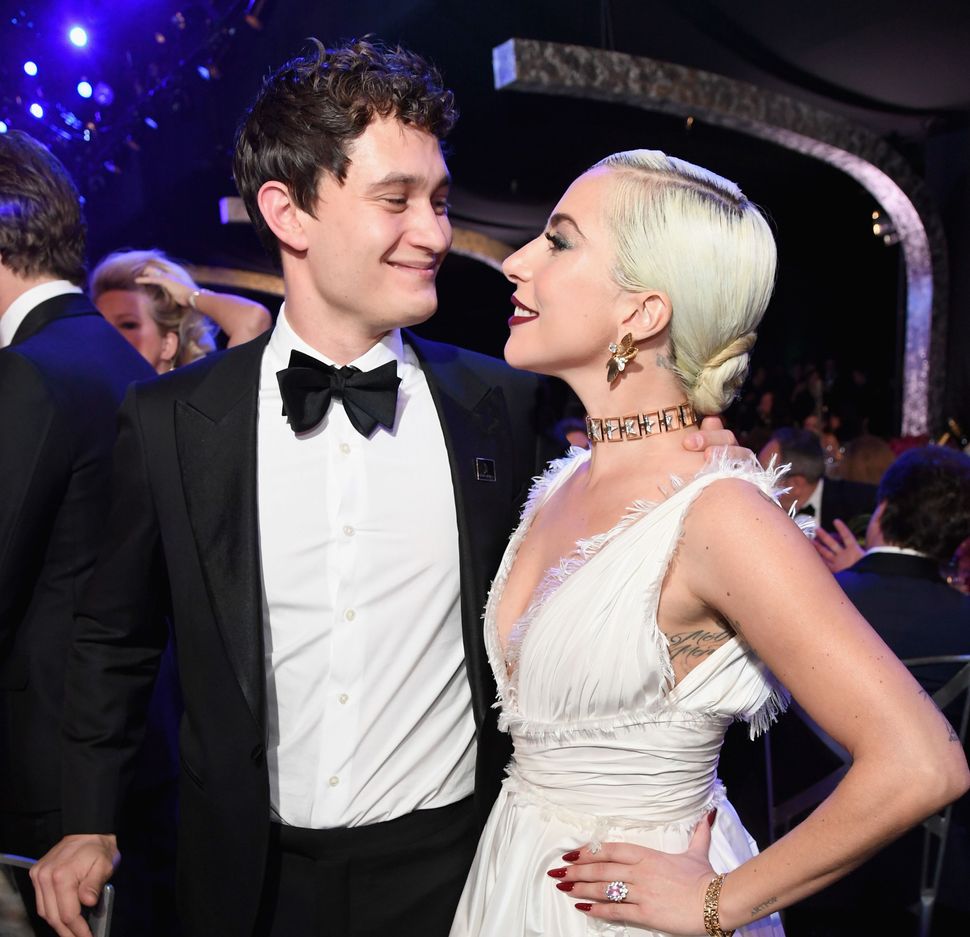 In “A Star Is Born,” the third, and flashiest remake of “the story Hollywood can’t stop telling,” has enjoyed glowing attention.

Writers have profiled nearly everyone in the movie, from director-star Bradley Cooper, to Cooper’s real life ear doctor, who has a cameo in the film. Lady Gaga’s relentless repetition during the movie’s press tour gained so much attention that it was parodied at this year’s Golden Globe awards. Fans have dissected everything from the movie’s references to Judy Garland to the specific qualities that made Cooper’s dog, Charlie, perfect for his role.

So the silence around Rafi Gavron, an actor in the movie who in 2013 was reportedly arrested and charged with domestic assault after allegedly punching and threatening to kill his girlfriend, is especially loud.

The leading actors in the 2018 “A Star Is Born” were already so massively famous that it’s hard to say if any stars were born in the making of the movie. But burning quietly in the public conscience in the wake of the flashy film are the tawny, elfin features of Rafi Gavron, the British-Israeli actor who played Rez Gavron, an A&R executive who becomes a manager for Ally, played by Lady Gaga.

Gavron is a longtime working actor — the 29 year-old broke out in a 2009 Anthony Minghella movie and went on to roles in “Nick and Norah’s Infinite Playlist,” “24,” and “Life Unexpected.” This year he’ll enjoy starring roles on “The Godfather of Harlem” alongside Forest Whitaker, and in “Catch-22” with George Clooney. During the casting, shooting, press junket, and award season for “A Star Is Born,” Gavron was reportedly serving a five year probationary period after pleading no-contest to domestic assault charges.

In late 2013, Gavron, then 24, was arrested twice in one night — first for driving while intoxicated, then later that night on charges of domestic violence. TMZ reported at the time that Gavron’s girlfriend told police that when she refused to give him money, he punched, slapped, kicked, and hit her, and threatened to kill her. When she escaped he took her car, at which point he was arrested on charges of drunk driving. The girlfriend was taken to the hospital with minor injuries, and later that night Gavron was arrested a second time, on charges of domestic violence.

In February of 2014, Gavron pleaded no contest to charges of domestic violence and joy riding, and began a five-year probationary period. At the time, the story was reported by TMZ, and picked up by outlets like the Huffington Post. But it’s difficult to find any other reports of Gavron’s arrest and sentencing. Mentions of the story do not appear on his Wikipedia, IMDB, or Rotten Tomatoes pages. Deadline articles that report on his casting do not reference the story. The Jewish Museum of London featured Gavron in their Jewish Lives Project, but left out this story.

Gavron’s pedigree is a line of historic Jewish and Zionist leaders long enough to warrant its own museum exhibition. His father was the noteworthy publisher Simon Gavron, and his mother is writer Martha Pichey. On the Gavron side he is no less than the grandson of a Lord. Lord Robert Gavron, a legendary publisher and philanthropist, was married to Hannah Fyvel, a celebrated feminist and academic.

Fyvel was the daughter of Tosco R. Fyvel, a visionary publisher. A friend of George Orwell’s, he is also remembered as Chaim Weizmann’s “greatest collaborator.” One of his early jobs was as Golda Meir’s assistant — he was compelled by Zionism through his mother, a member of the Lubavitcher-Schneerson dynasty and niece of Zionist thinker Ahad Haam, according to the “Palgrave Dictonary of Anglo-Jewish History.” she also worked for Weizmann. Fyvel’s father, likewise no slouch, was the executive director of Keren Hayesod, the historic Israeli fundraising agency. Their great-great grandson is Rafi Gavron. Finally, his aunt is Sarah Gavron, the director of “Suffragette.”

Gavron’s role in the movie is eye-catching — accessorized down to his socks in fantastic suits, he plays a glimmering, ageless Hollywood villain. It’s noteworthy that he shares his character’s last name, “Gavron,” which is not true of any other actor in the movie.

That fact makes it hard to imagine that no one involved in the making of the movie knew about Gavron’s past, or the fact that he was — and is — reportedly on probation. Lady Gaga is an outspoken activist against sexual assault. The movie was made at the height of the #metoo movement. Gavron was ostensibly on California state felony probation the entire time.

It’s said that it is all too easy for assault allegations to ruin men’s lives. But in Rafi Gavron’s case, it seems, charges of domestic violence did not stop his star from being born.