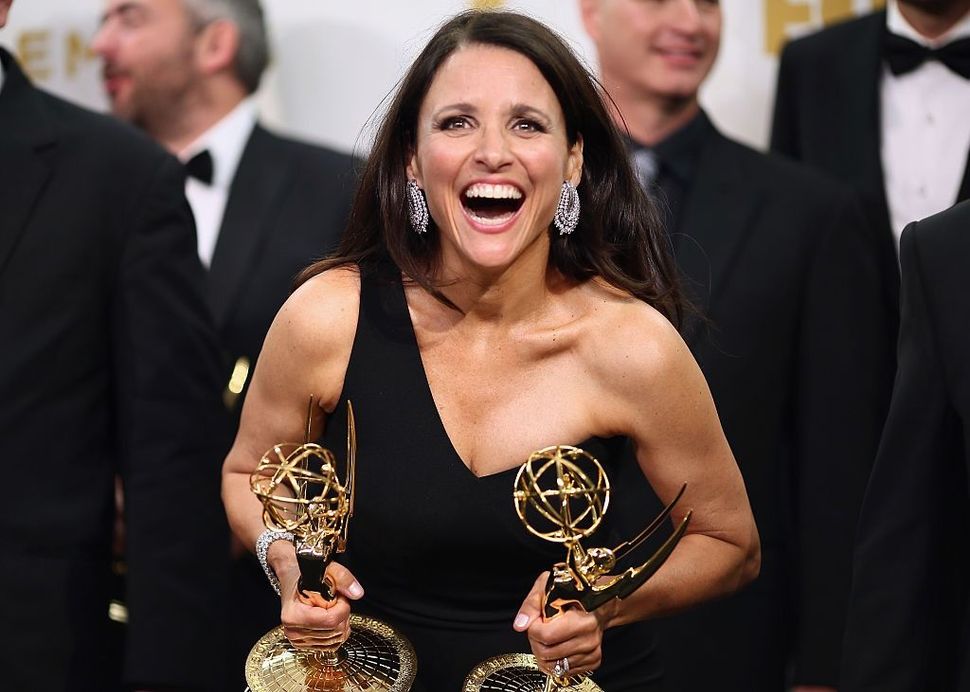 Julia Louis-Dreyfus, triumphant on the cover of Time Magazine after wrapping the final season of her hit HBO show “Veep,” not to mention her cancer treatment, says she likes being unlikeable.

“I’ve made a career of playing unlikable people,” the 58-year-old told the magazine. “I don’t cotton to likability.”

It’s funny, because Julia Louis-Dreyfus is one of the most likable living public figures. Sure, her alter-egos Elaine Benes, Christine Campbell, and Selina Meyer range from neurotic to toxic. But Louis-Dreyfus, besides being an enduring screen talent, has a public persona that seems downright pleasant.

Louis-Dreyfus is in remission from cancer and shooting “Downhill,” her first ever feature film in which she will both star and produce. Here are the best quotes from her interview in Time:

On the trouble with the trouble with “political correctness”: “I think as soon as people start bitching about ‘politically correct,’ it’s a term for something else. I’m in favor of political correctness. I’m suspicious of those who have a problem with it. I think it is language for something else–for ‘It’s O.K. to make racist jokes,’ or ‘It’s O.K. to make violence-against-women jokes.’”

On disgraced senator Al Franken: “He was and is an intelligent leader who got things done. He was on the right side of the issues… This #MeToo revolution, I’m very much in favor of it, but it takes no prisoners.”

In a later conversation, Louis-Dreyfus added to the comment that her “default position is to believe victims.”

On President Trump: “He’d be funny if he didn’t have the power he has…He’s sort of a pretend, fake President. He’s a complete moron, start to finish.”