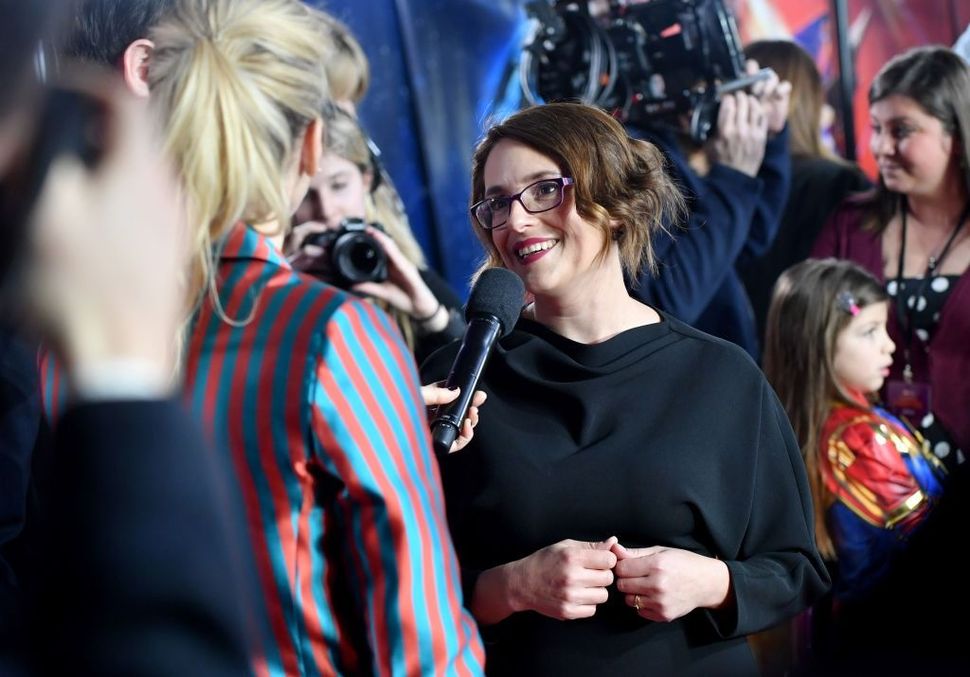 How great are your female directors, O superhero movies, your filmmakers, O Israel!

Scroll through the list of people who have directed superhero movies (it’s long, believe us) and you’ll see plenty of Jewish names.

Richard Donner (who changed his last name from Schwartzberg,) did the classic “Superman” films. Richard Lester (full name “Richard Lester Liebman”) picked up the saga after Donner. Joel Schumacher did the 90s “Batman” movies, the now-disgraced Bryan Singer did “X-Men,” Sam Raimi did the first “Spiderman” trilogy, and Taika Waititi is the God who gave us both “Thor: Ragnarok” (stay tuned for his upcoming comedy about Hitler.)

Break out your tuning fork and get ready to sing shehekhianu, because Anna Boden, a Jewish filmmaker known for indies like “It’s Kind Of A Funny Story” and “Half Nelson,” is the co-director of box office smash “Captain Marvel.” The 42-year-old Newton native wrote the screenplay and directed the movie with longtime filmmaking partner Ryan Fleck, with Geneva Robertson-Dworet joining them on the script.

Boden told Screenrant: “What we saw in the comics that we wanted to bring to life on the screen was that we have this strong character who’s confident and like amazingly powerful, but at the same time so human.” After becoming obsessed with Robert Altman’s directing in high school, Boden studied film at Columbia, where she met Fleck who was studying downtown at NYU. “Captain Marvel” is said to echo the humanity and intricate character development of their earlier, much smaller-budget features.

The passion that drove the pair to make “Captain Marvel” is notably similar to the precedent for superheroes set by Stan Lee. “The theme of self discovery and discovering that what makes us powerful isn’t just our strength and our confidence, but also our vulnerability, and things that some people consider weaknesses,” Boden told Screenrant. “Embracing all of that is what gives us our power.”

The pair, who hope to return to indie features after their big Marvel moment, may yet make a Jewishly-themed movie, Boden told the Jewish News of Northern California in 2012. “I’m interested in characters who are struggling against themselves in some way,” she said.