‘The Marvelous Mrs. Maisel’ Is Filming Its Third Season And We Can’t Wait For It 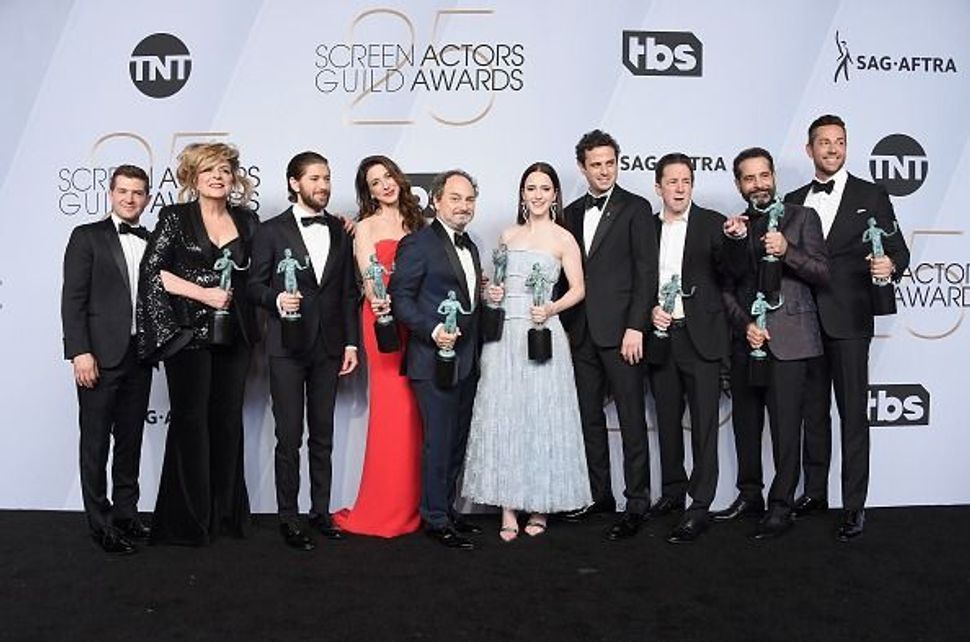 The cast of ‘The Marvelous Mrs. Maisel’ pose in the press room after winning the SAG Award for Outstanding Performance by an Ensemble in a Comedy Series on January 27, 2019. Image by Getty Images

Get ready folks – production is officially underway for one of today’s most popular television shows!

Filming for the upcoming third season of “The Marvelous Mrs. Maisel” began earlier this month on the Upper West Side of Manhattan, Town and Country reported. And a new image has been released to give us a taste into what will potentially happen on the show.

In the picture, actresses Rachel Brosnahan and Alex Borstein (Midge Maisel and Susie Myerson respectively) sit upon the steps of what looks to be a brownstone, smoking and drinking beer. For the costumes, the twosome sport the attire fans have come to know and love: short pin curls, high heels and red lipstick for Brosnahan, along with a cap, black lace-up boots and dark-toned pants for Borstein. 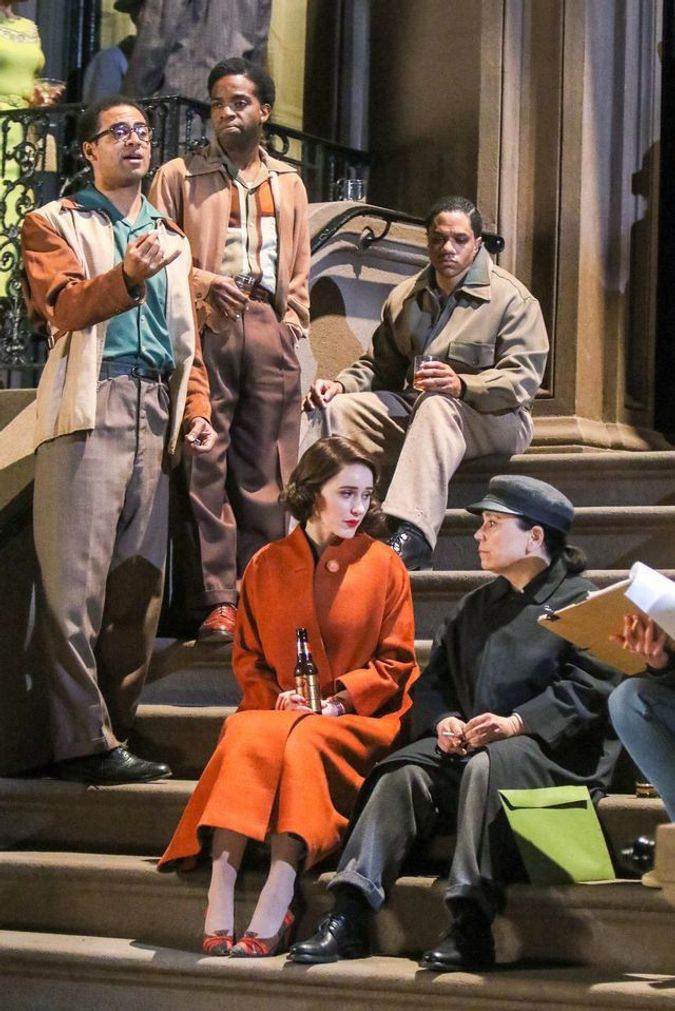 Rachel Brosnahan (Midge Maisel) and Alex Borstein (Susie Myerson) sit outside on the set of the upcoming third season of ‘The Marvelous Mrs. Maisel.’ Image by JOSE PEREZ/BAUER-GRIFFIN/GETTY IMAGES

The image does give away one clue that might be of significance to audience viewers: A green envelope next to Borstein. Maybe the package contains some pertinent information to Midge? Maybe signed divorce papers, finally? Or maybe an offer she can’t refuse? No one knows, and hopefully our pressing questions will be answered once the show comes back in December.

The release of the new images comes a week after the announcement that “This Is Us” actor Sterling K. Brown will be making an appearance on the Amazon Prime breakout hit this season. He is expected to be involved in a three-episode arc.

When discussing the show’s upcoming third season, creator Amy Sherman-Palladino told Variety that “it’s the first time [Midge’s] going to have consistency and she’s dealing with audiences that aren’t her people. That is going to bring its own story twist to it, and we’re definitely going to some different places in Season Three.”

“The Marvelous Mrs. Maisel” has been the winner of multiple awards since its premiere in March 2017, including five Primetime Emmy Awards and Golden Globe wins for Best Actress in a Television Series, Musical or Comedy for Rachel Brosnahan’s portrayal of Midge Maisel. The show also won a Golden Globe in 2018 for Best Television Series, Musical or Comedy.

‘The Marvelous Mrs. Maisel’ Is Filming Its Third Season And We Can’t Wait For It