This Is….Marvelous: Sterling K. Brown To Star On ‘The Marvelous Mrs. Maisel’ 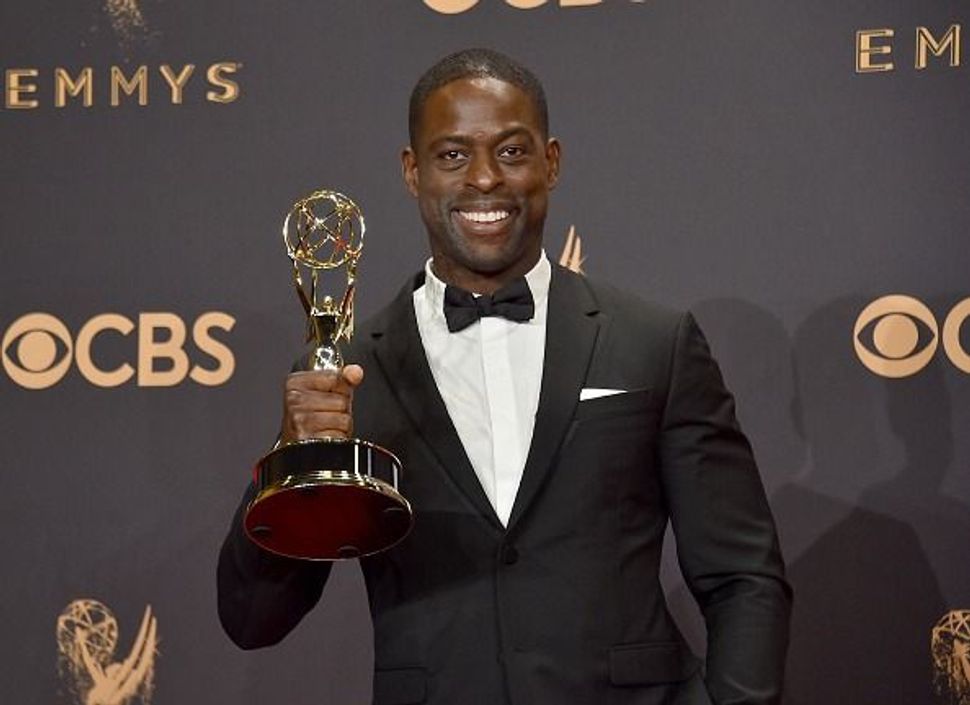 Actor Sterling K. Brown wins the Emmy Award for Outstanding Lead Actor in a Drama Series for “This Is Us” on September 17, 2017. Image by Getty Images

It’s official: a Pearson is coming to the Jewish side.

Actor Sterling K. Brown, most famous for his role as Randall Pearson on the hit NBC drama “This Is Us,” will star in a three-episode arc on the third season of the Amazon Prime breakout series “The Marvelous Mrs. Maisel.”

In a video shared to Twitter and Instagram yesterday, Brown announced that he is “Eastward bound” due to the fact that he is “going to do a little TV show.”

“Maybe you’ve heard of it,” the two-time Emmy Award winner says in the clip while sipping a cup of coffee. “The Marvelous Mrs. Maisel.”

Brown goes on to say that show creators and writers Amy Sherman-Palladino (she’s Jewish) and Daniel Palladino (both are also the creators of the cult show “Gilmore Girls”) “were kind enough” to write him into the show’s third season.

“Stay tuned,” he ends the clip. “I’m going to get together with Midge and it’s going to be awesome,” referencing the show’s main character, portrayed by Golden Globe winner Rachel Brosnahan.

He will be featured in a three-episode arc, according to Deadline.

This isn’t the first time that the actor has starred on a television show with Jewish roots. Dan Fogelman, the creator of “This Is Us,” is also Jewish.

So what does this imply for the show? And what exactly will the actor’s role be? The setting of the series takes place in the hey-day of the American civil rights movement, so maybe the series will tackle this important time in American history. Either way, the world will be excited for his arc.

The actor has also not hidden the fact that he wanted to work on “The Marvelous Mrs. Maisel,” especially after Midge Maisel herself crashed an interview he did with “Entertainment Tonight” at the 2019 SAG Awards to say how much she hoped to have him on the show.

“Sterling is incredible and can literally do no wrong,” Brosnahan praised Brown at the time.

Brown also had high remarks for the show at the awards show prior to his casting.

“I love the specificity of the world,” he says to the reporter. “I would love to step in that.”

Looks like Sterling K. Brown’s dreams are coming true. And so are ours.

This Is….Marvelous: Sterling K. Brown To Star On ‘The Marvelous Mrs. Maisel’