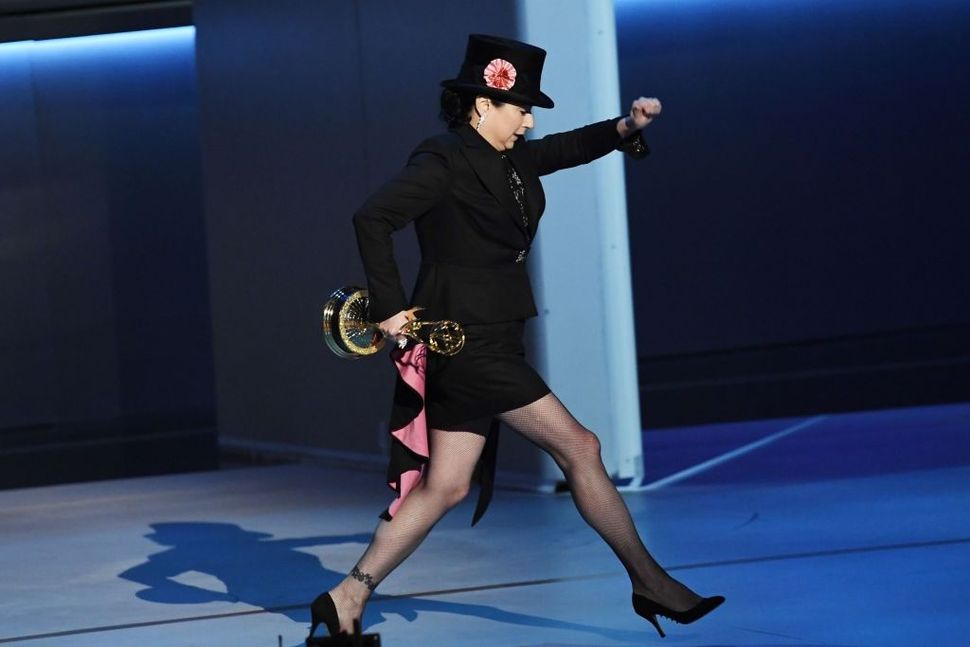 The Palladinos are at it once again!

Amy Sherman-Palladino and her husband Daniel Palladino (you may know them as the creators of a few little shows called “Gilmore Girls” and “The Marvelous Mrs. Maisel”) are developing their next project for Amazon, the Hollywood Reporter announced.

Titled “Ninth Street Women,” the series is based on the book by Mary Gabriel. And based on what we know, it seems like the show is going to be Jewish and feminist as heck.

Published in September 2018, the book tells the story of five women – Lee Krasner, Elaine de Kooning, Grace Hartigan, Joan Mitchell and Helen Frankenthaler – who raged against the male-dominated 20th century art industry to find their own places as abstract painters, and not as the muses to their male artist counterparts. According to the publisher’s website, these women “worked, drank, fought and loved” to become the art pioneers that “burst open the door to the art world for themselves and countless others to come.”

Krasner (who was also married to Jackson Pollock) and Frankenthaler were Jewish; de Kooning had Jewish heritage. If we see shades of Midge Maisel’s Jewishly-influenced artistry and chutzpah, can anybody blame us?

Gabriel’s book was named one of Time Magazine’s 10 best nonfiction titles in 2018, as well as a New York Times critics’ top book of the last year. She is also a Pulitzer-Prize and National Book Award Finalist for “Love and Capital: Karl and Jenny Marx and the Birth of a Revolution.”

This news comes just days after production for season three of “The Marvelous Mrs. Maisel” began filming. It’s the Palladino’s first project to be announced since the couple renewed their contract with Amazon in February. The duo has achieved smash success with the streaming studio, striking (comedic) gold with “The Marvelous Mrs. Maisel,” which won eight Primetime Emmys last year, with Sherman-Palladino winning for both comedy writing and directing.

Bring on the broads! We’ll be ready.