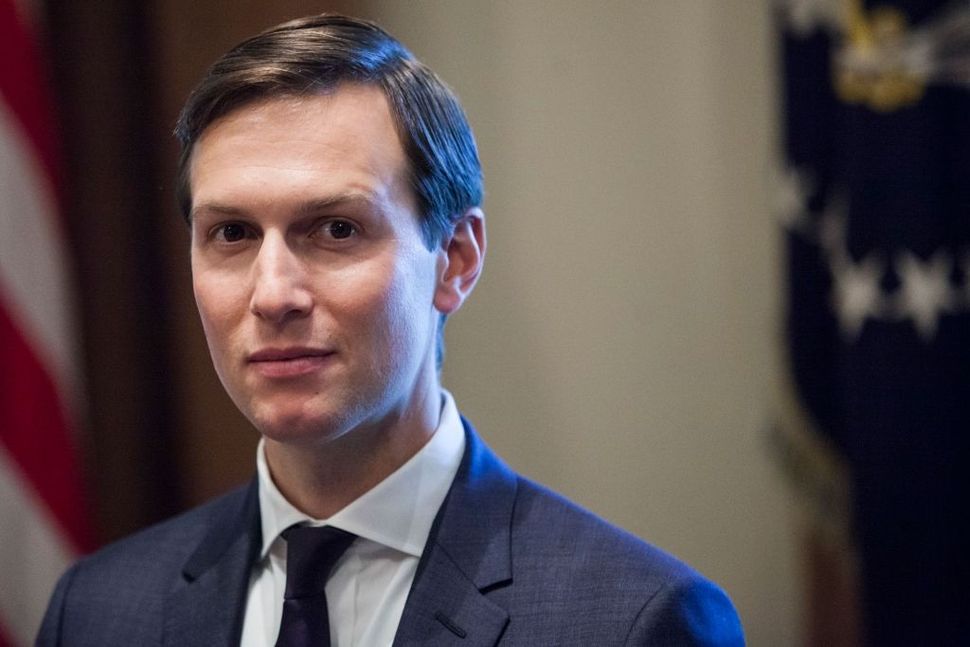 My tupperware container of old gefilte fish is not making the office smell weird. You have a poor sense of smell, remember? This seems like it’s all in your head. Plus, are you sure you’re not just smelling your own breath? Maybe you smell weird.

This, friends, is an example of gaslighting.

Gaslighting isn’t a new word — it dates to the late 1930’s — but it’s enjoyed an uptick in use and a more central place in public dialogue over the past few years. On Tuesday, CNN anchor Anderson Cooper accused presidential advisor and son-in-law to the president, Jared Kushner, of “gaslighting” over Kushner’s description of Russia meddling in the 2016 election, as well as the Mueller probe.

In an interview with Time on Tuesday, Kushner described meddling efforts by Russia as “a couple Facebook ads.”

“I think the [Russia] investigations and all of the speculation that’s happened for the last two years has had a much harsher impact on our democracy than a couple Facebook ads,” Kushner said at the Time 100 summit.

In reality, Russian interference included more than 10 million tweets, one-hundred thousand Instagram posts, sixty-thousand Facebook posts, and 1,000 YouTube videos, which reached more than half of the eligible voters in the United States, the Huffington Post notes.

Cooper claimed this as an example of “the administration’s contempt for the truth to the point of trying to convince the public not to believe their ears and eyes.” He added, “The word for it, of course, is gaslighting.”

The use of the verb dates back to the 1938 play and 1944 Ingrid Bergman movie “Gas Light.” It’s a psychological thriller about a woman who finds herself married to her aunt’s murderer, who sequesters her and manipulates her so completely that she believes that the evidence she finds against him is, in fact, in her own head, to the point that she feels she cannot trust her own instincts, only his explanations. He even convinces her that the flickering of the gaslight is a product of her own imagination.

Thence the term “gaslight,” which first and foremost has been used to describe a psychological manipulation technique that domestic abusers use against their victims. “Gaslighting is an extremely effective form of emotional abuse that causes a victim to question their own feelings, instincts and sanity, which gives the abusive partner a lot of power (and we know that abuse is about power and control,)” an article from the National Domestic Violence Hotline explains. Psychology Today notes that the behavior tends to assume a pattern — lies, repetition, escalation, codependence, and eventually, control.

The word and concept have crossed over from their use strictly in situations of domestic abuse to a pattern of manipulative lying for the sake of control that can occur in various interactions, on the personal, professional, and societal levels.

Our favorite example is this (apparently non-self-aware) tweet by New York Times reporter Binyamin Appelbaum, who spontaneously announced that people should not use the word “gaslight” since it is not a word:

I don’t know what the word ‘gaslighting’ means and I wish people would stop using it. There are plenty of actual English words.

So now you know. Gaslighting: not just a phrase for millennials anymore! And it never was. Was it?

You do know what gaslighting means. I told you all about it and you said you understood. Why are you lying?