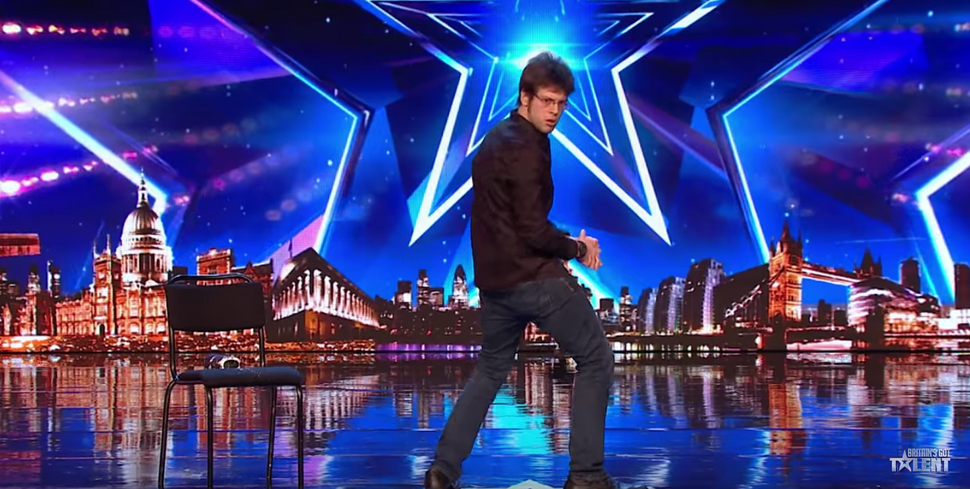 26-year-old Israeli performer Guy First wowed judges and fans on “Britain’s Got Talent” earlier this month with what he calls “musical flatulence” — performing hit songs exclusively through making farting sounds with his hands.

The Jewish Chronicle reported that First received an enthusiastic “thumbs up” from all four of the show’s judges, including the notoriously critical Simon Cowell, after hand-farting a musical medley including “Stayin’ Alive” and “Eye of the Tiger.” First will no doubt be a fierce competitor through the rest of the long-running reality competition.

The only question: Why is the international Jewish community not taking this more seriously?

We’ll celebrate any ole Gal Gadot or Timothee Chalamet that comes across our ken. Those Israelis who crashed a hot-tub-sized box on the moon got tons of attention. And yet, when it comes to hand farting, suddenly all this boycott and divestment.

This isn’t the first hand-farting rodeo the performer, who hails from Israel’s Ramat Gan. First’s popular YouTube channel, “The State Of The Fart,” boasts 8,000 followers and hosts live “fart-alongs” that boast hundreds of thousands of views. “Holy wowzies,” First wrote on Facebook after his “Britain’s Got Talent” performance. “I just got 4 yeses for my hand fartzies!!! Honestly wasn’t expecting this kind of a reaction. I’m blown awayyyyyyy.”

Even Simon likes it

Say what you will, but you’d be hard-pressed to find another example of a skill so unique and difficult that brings joy to so many without alienating, offending, or creating carbon emissions.

We’ll be keeping tabs on First as he blows through Britain and on to the world stage, and we expect Jewish communities around the world to do the same. Check this space for breaking news and breaking wind.