Amy Schumer Is A Mom Now 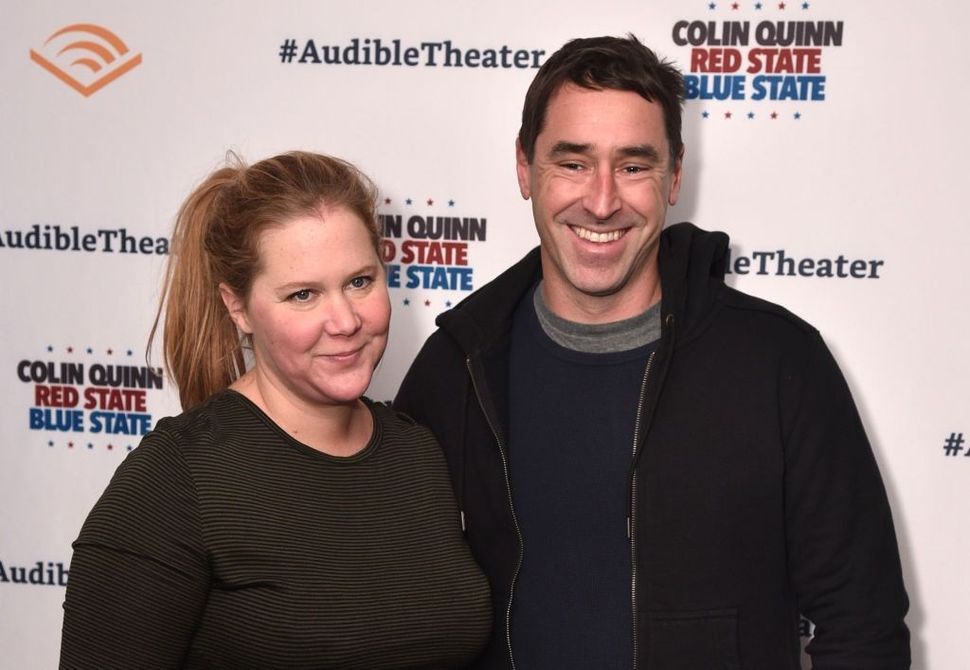 Outside Amy Schumer: A baby.

Mazal tov to Amy Schumer, who delivered a baby boy on Sunday night at 10:55 PM. The comedian announced the birth of her first child with a reference to the Duchess of Sussex, Meghan Markle, who also gave birth to her first son just hours later, on early Monday morning. “10:55PM last night. Our royal baby was born,” Schumer captioned a snap of herself with a gorgeous newborn and husband Chris Fischer on Instagram.

The 37-year-old comedian wed Fischer, a chef, in early 2018, and announced her pregnancy eight months later. The announcement of the couple’s first child mirrored their pregnancy announcement, which also made reference to the expectant royal couple.

On Sunday, Schumer uploaded a picture of herself and Fischer in a pediatrician’s waiting room with a lengthy caption urging fans to boycott fast food franchise Wendy’s.

“Wendys is the only fast food chain refusing to protect farmworker women from sexual assault and rape in the fields,” Schumer wrote, finishing her screed, “Also, we are having a boy.”

As Jewish parents everywhere scramble to find the name of the Schumer-Cohen pediatrician, we wish Amy, Chris, and baby Schumer-Fischer hatzlacha and bracha (luck and blessings.) And a sweet night of sleep to all.

Amy Schumer Is A Mom Now