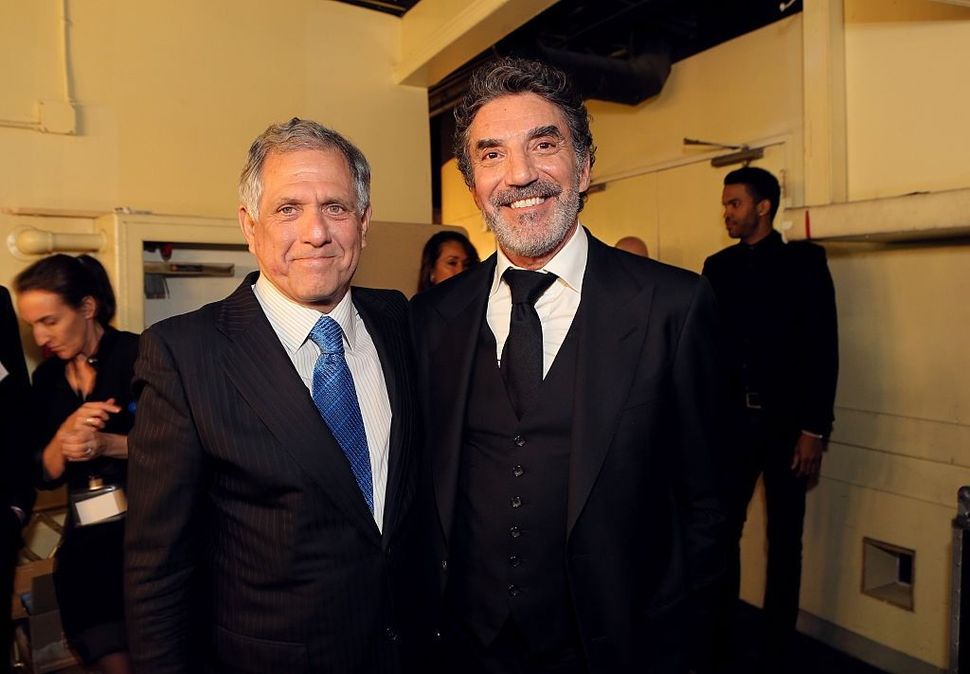 Chuck Lorre is one of the most powerful men in the history of television. Known as “the hitmaker,” he created “The Big Bang Theory,” which ends today after twelve years — half of which it was the most popular comedy on television. He’s the mind behind a few other little shows you may have heard of — “Two And A Half Men,” “Mom,” “Cybill,” “Dharma & Greg,” “Mike & Molly,” “The Kominsky Method,” and, as an executive producer, “Roseanne.”

As “The Big Bang Theory” ends its decade-plus of TV domination, Lorre appears to be sliding into the auteur segment of his career. He won a career-first Golden Globe for his higher-end meditation on aging, “The Kominsky Method,” made with Netflix. He’s a man who has it all: a massive net worth, Hollywood pedigree, and creative freedom.

Only, he’s not being candid about very much at all. Not about Les Moonves, the CEO of CBS in the 15 years that made Lorre a star, until 2018 when Moonves resigned over accusations of sexual harassment and misconduct that would boggle the mind of Sheldon Cooper, himself.

“I was fighting with network executives all the time,” Lorre bragged to THR, of his salad days at CBS. But he doesn’t use the interview to discuss — to so much as acknowledge — that during his last and most successful decade and a half at CBS, his captain is a man who independent investigators believe “engaged in multiple acts of serious nonconsensual sexual misconduct in and outside of the workplace,” for decades.

Lorre has repeatedly ducked questions about Moonves, who has been accused of assault by over a dozen women, and of harassment by many more. Investigations by the New Yorker and the New York Times found that Moonves’ behavior wasn’t checked over the years because of a culture of harassment at the network as a whole.

In July 2018, asked about his role as a producer in creating an environment safe from sexual misconduct, Lorre refused to speak about the incident but added, jovially, “I have been in some unsafe work environments in television; you can read about them.” Lorre was referring to his work on the show “Roseanne” — a producer’s creative differences with a star, though, are an odd comparison to ongoing alleged sexual abuse by a company’s CEO. “Common courtesy and decency,” he went on, are required.

Asked again about the Moonves shakeup six months later on the red carpet at the Golden Globes, Lorre remarked, “That’s above my pay grade.” Lorre, it’s worth noting, enjoys a nine-figure deal with CBS, according to the Hollywood Reporter.

Of course, it’s possible that Lorre can’t speak about Moonves for legal reasons. That’s not likely, though — Stephen Colbert, a big name on CBS though with significantly less clout than Lorre, has used CBS airtime to stage a significant takedown of his former boss. Colbert even dropped a Moonves joke at the annual CBS upfront at Carnegie Hall on Wednesday.

Whether or not he was aware of it, Chuck Lorre’s career was largely made by a man who was allegedly assaulting and abusing women on a regular basis. It’s getting a little late for Lorre to show any moral courage, but the least he can do is not actively help cover up abuse.

Owning up to your past and using your immeasurable power to make workplaces safer? That would be, like, bazinga.