Harrison Ford To Chris Pratt: Get Lost, ‘Indiana Jones’ Dies When I Do. 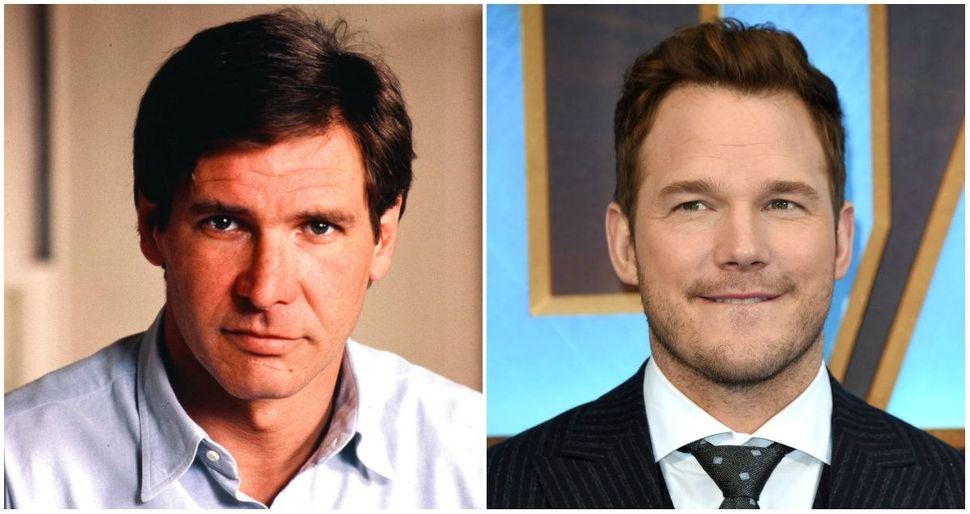 Sorry — where were were?

Legendary actor, woodworker, and recalcitrant matinee idol Harrison Ford has spoken: You shall have no other Indiana Jones’s but him. Appearing on The Today Show, the 76-year-old was asked who he’d like to see take on the role of the iconic archeology professor in a reboot of the George Lucas-Stephen Spielberg franchise. Ford responded:

Nobody is going to be Indiana Jones, don’t you get it? I’m Indiana Jones. When I’m gone, he’s gone. It’s easy.

Get it through your crystal skulls, boys! When Harrison Ford dies, Indy goes with him.

One fateful day far in the future when Harrison Ford succumbs to a patch of quicksand, or a whirlpool made solely of snakes, or crashes his plane into a fleet of other planes or something, we will have to say goodbye to the rascal in a hat who taught us that real men speak Latin and carry leather whips.

Speaking on The Today Show, Ford made sure to crush young actors’ dreams as a giant, rolling boulder might crush a less-than-dexterous wannabe adventurer. “This is a hell of a way to tell Chris Pine,” Ford laughed. “I’m sorry, man.”

Ford was almost certainly actually thinking of Chris Pratt, an actor who is famous in this publication for adhering to a religious diet based off an obscure part of the Tanakh, and is rumored to be in talks for an “Indy” reboot. Casually firing someone, while confusing him with someone else, on national television? It’s a power move. Pratt, as well as Chris Pine (the pleasant sort of fellow who played Gal Gadot’s love interest in “Wonder Woman.”) might do well to remember that Indy only makes enemies who are: Nazis, fascists, kidnappers, and aliens intent on destroying the world.

A fifth “Indiana Jones” movie, from Spielberg and starring Ford, is slated hit theaters in 2021. And after that?

Well, there really is only one way to settle this — Harrison Ford, Chris Pratt, and Chris Pine need to cover themselves in oil and wrestle, topless, in the public square, while shouting facts about ancient archeology. The victor may play Indiana Jones.

Harrison Ford To Chris Pratt: Get Lost, ‘Indiana Jones’ Dies When I Do.