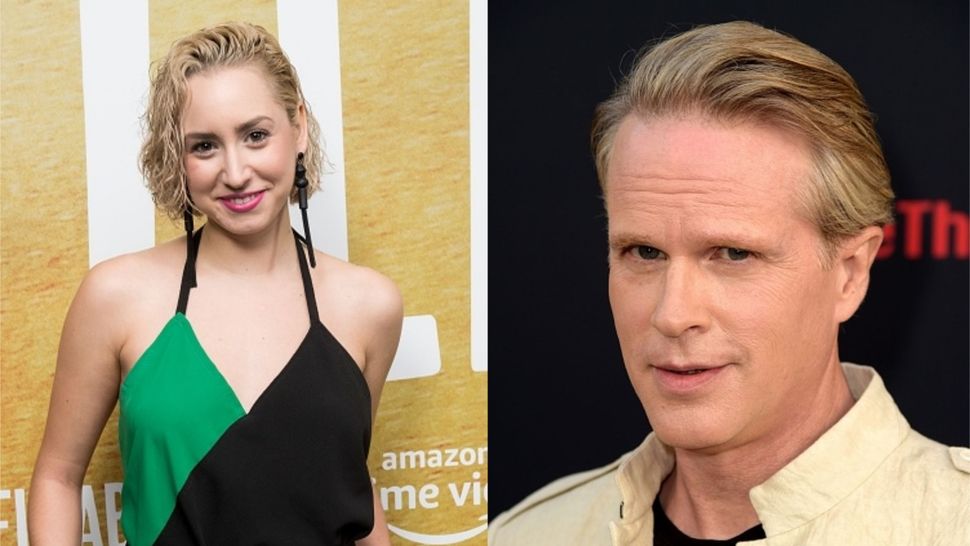 Looks like some royal (fictional and real) faces are coming to “The Marvelous Mrs. Maisel!” Image by Getty Images/Forward Collage

Looks like some royal (fictional and real) faces are joining “The Marvelous Mrs. Maisel” — we hope they’re prepared to eat whitefish and rye bread.

Cary Elwes, the endearing star best known for his roles as Wesley in “The Princess Bride” and Robin Hood in “Robin Hood: Men in Tights,” will be joining the third season of the hit television series, Variety reported over the weekend. It has not been announced what his role will entail or how long he will be featured, but it’s a treat for long-time fans of the actor.

Elwes, 56, also revealed the news on Twitter, earning a response from the television show’s account: “We’ll cheers to that. Mazel tov!”

Broadway actress Stephanie Hsu was also included in the casting announcement — Hsu currently stars in “Be More Chill” on Broadway. Hsu, as well as “This Is Us” actor Sterling K. Brown, who will guest star on season three of the breakout hit, will be the first actors-of-color to play major roles on “Maisel.”

She also honored her grandmothers by citing them as inspiration for her recent acting gig in a post on Instagram.

“In light of recent acting work, I couldn’t help but walk down memory lane and draw inspiration from my beautiful grandmothers Grace and Jean! Miss and love you both!”

Could the next season of “Maisel” possibly be more marvelous?