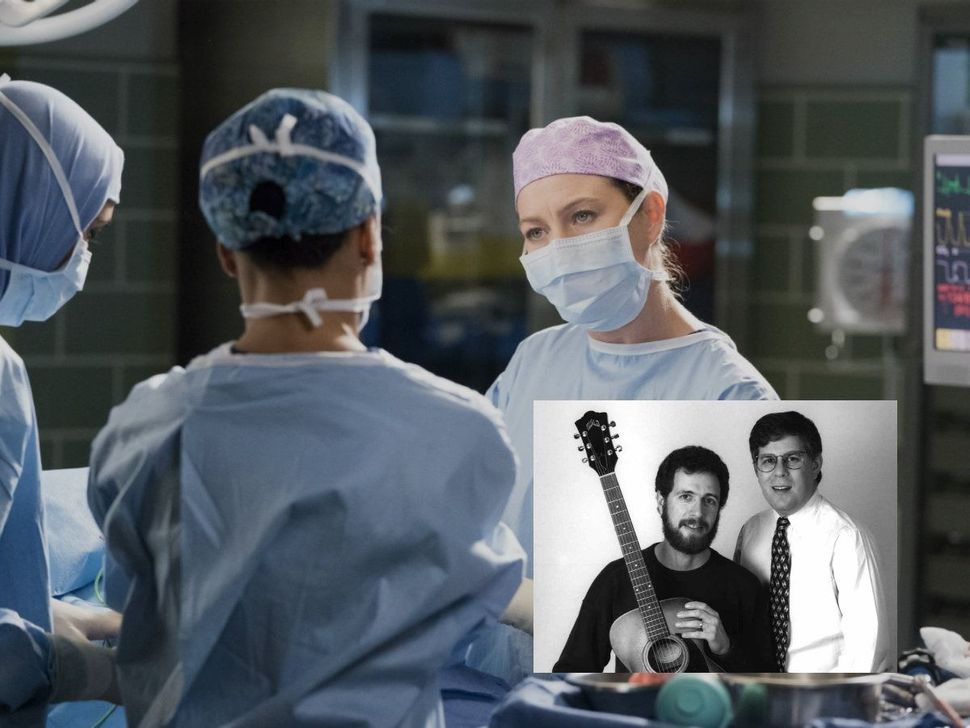 “Grey’s Anatomy,” which recently concluded its 15th season, is a hospital drama on ABC. Cantor Jeff Klepper is a legendary Jewish songwriter, who came up in the 1970s and 80s, remaking Jewish music and liturgy to fit the times.

This month, the two intertwined.

Major “Grey’s Anatomy” and Jeff Klepper fan, Forward writer Jenny Singer spoke to Klepper. They talked about how his melody for “Shalom Rav,” which he wrote with Rabbi Danny Freelander in 1973, became a plot point on the recent season finale of “Grey’s Anatomy.” 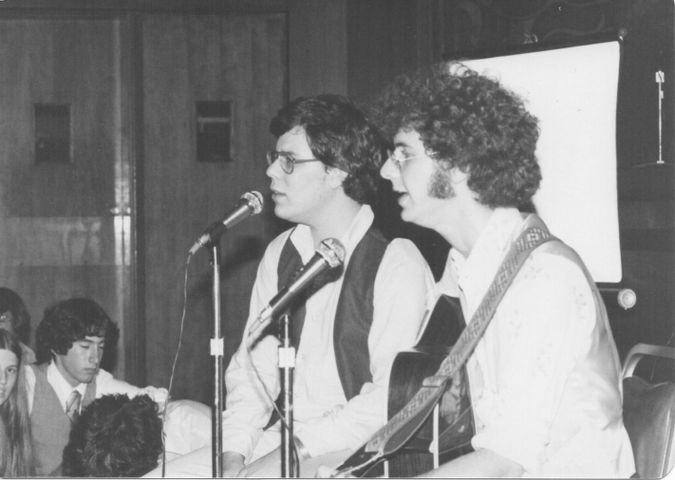 Jeff Klepper: I’m not going to rant about the Forward to you.

JK: I’ve been reading the Forward, you know, since the 70’s? The 80’s? And ever since it got online, it has gotten so totally into this pop-culture fixation. “Sarah Jessica Parker At The Wall” — Oh my god!

JS: So, okay, I did edit that article — she’s a major celebrity! She holds a place in the American cultural conversation, and she’s an involved Jew who davened at the Wall, and I think there should be space for that alongside serious news reporting.

JK: I agree. I’m only complaining, this is not an indictment.

JS: Fair enough. You know, it’s ironic that we’re talking about this, because “Grey’s Anatomy” is so mainstream — it’s a soap opera, really.

JK: This, I’ve heard from people. There’s only one Jewish character — am I correct about this? He’s a gay Jewish doctor?

JK: And he’s the one who sang the song?

JK: I’ll tell you the history — the secret Jewish history [both laugh] of how the song came to be used.

JS: I would love that!

JK: One day I get this email from a man named Tom Lopinski. And he says, “Hi Jeff! I work in the ABC Music department. And we’d like to use a verse from “Shalom Rav” in an upcoming episode of ‘Grey’s Anatomy!’”

JK: He says, “We have a scene in an upcoming episode of ‘Grey’s Anatomy’ where there is a pile-up car wreck. Two people are in one of the front cars and not sure if another car is going to ram into the pile. The girl is very upset and LOSING IT. So the guy starts singing your version of Shalom Rav to quiet her down.”

JK: So he says: “We would like to include your song in the show but need your permission, need you to sign synchronization, blah blah blah, we can pay you money for your trouble.” Do you need to know how much money they paid us? 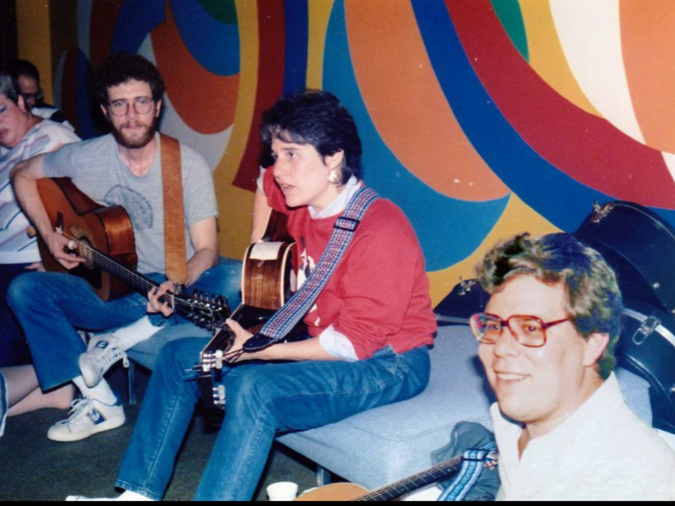 JS: I do not need to know, but I would love to know.

JK: Okay. Well, it was more than a thousand, less than five thousand.

JS: Can you put a price on “Shalom Rav”?

JK: Then I wrote, “Thanks for reaching out to us, our kids are big fans of the show.” Which was kind of true. It was…sort of true. Indeed, our kids were very impressed.

JK: When I saw the episode — it was weird. It was a weird song choice. I don’t know why they needed to use that song in that place.

JS: What’s so weird about singing your beautiful setting of “Shalom Rav” to calm down in a car crash?

JK: Well, I understand that. Having written this song 45? 44 years ago — I have sung it at baby namings, and weddings, and funerals. So I certainly understand that people have a very warm relationship with the song, and I’m happy for that. If you go to Google and type in Shalomrav.com — you didn’t think to do that, did you?

JK: I sometimes find myself whistling the tune or humming the tune — I don’t know if it’s because I was there when the tune was composed, but it just kind of bubbles up in my subconscious.

JS: You say you were there when it was written, but you wrote it.

JK: I co-wrote the song with a friend of mine, Rabbi Danny Freelander. I was 19 and he was 21 -— I mean, we can get into the history of the song if you want.

JS: I would love that.

JK: Only if you feel a need.

JS: I do feel a need. I don’t know when I’ll get the chance again!

JK: Well, you can call me any time you want, frankly. Okay?

JK: The writing of the tune really goes back to the early 70s and to Debbie Friedman. She was sort of the engine, or the spark, you might say, of this new Jewish music. Danny and I started writing the song at summer camp, at Eisner Camp. If you’re a counselor, once or twice a week you have to stay up all night because you’re on patrol, Shomrim. So we would sit in the office. And we would sing. I remember one night we said — Okay, it’s time to write a new song.

JK: And Danny took the Union Prayerbook and just rifled through the pages. And he said, “Here’s a good one.” The way that we wrote songs is that I would start strumming the guitar very randomly, just trying to find chords and a tune; I would find a chord pattern and then Danny would start to sing an improvised tune that went with the chord pattern. And we got the chorus of the song — it just came very quickly. That was summer of ’73. Hello. Hang on, I have to say hello to my mother who just walked in. She does our gardening.

JK: No. My mother watches news.

JS: Did you watch your “Grey’s” episode?

JS: That’s where the song shows up! 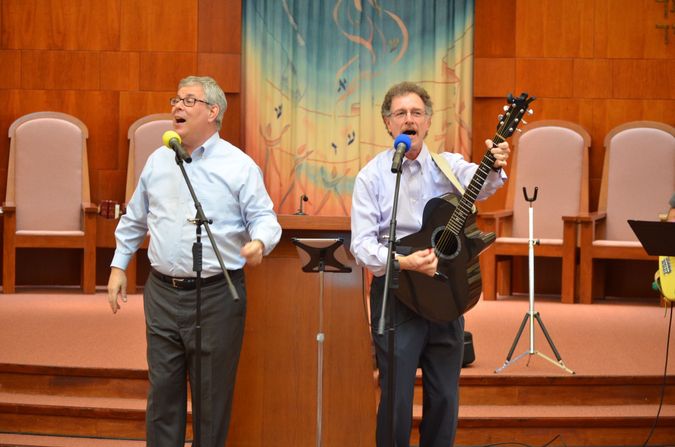 Freelander and Klepper in 2013 Image by Courtesy of Jeff Klepper

JK: I thought it was very sweet! It’s not a song that I would have sung in that kind of situation, but I thought it was done very sweetly, and, you know, sensitively, for the purpose of the story. The funny thing is — [the character] says, “My mother used to sing that to me at night,” like a lullaby. There’s another tune I’ve written for “Oseh Shalom” — that song, davka, is a song that I sang to my kids almost every night as a lullaby for them. I wrote “Shalom Rav” and I didn’t even sing it as a lullaby for my kids.

JK: The song has had a great life and will probably outlive me and my life, and that’s a pretty amazing thing.

JS: What a good feeling.

JK: And the comments that we got from people indicate that people felt very empowered Jewishly, that a song they sang at camp or religious school was on a primetime TV show.

JS: Oh, Jeff — it sounds like you’re saying that small appearances of Judaism in pop culture can be meaningful.