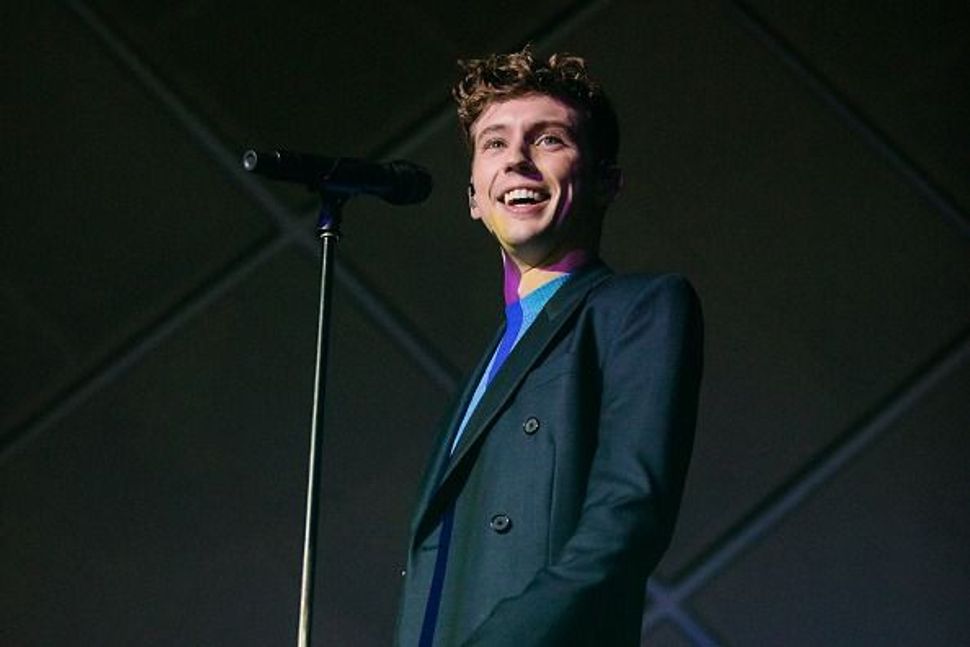 Troye Sivan is proud of many things.

He’s an openly gay musician who fills Radio City, with multiple chart-toppers to his name. He’s a makeup ambassador for MAC Cosmetics. And he’s a proud Jew.

But you knew that. Right?

Sure, the 24-year-old pop music sensation discussed hosting a Passover seder before (Ariana Grande was a guest,) and he helped orchestrate an engagement between two Jewish men at his New York City concert last October. But this week, Sivan let his full Yiddishkeit out.

In a profile in The New Yorker by Michael Schulman, the singer opens up about his Jewish roots.

Born into an Orthodox family, Sivan’s mother converted to Judaism when she married his father, and the family prayed at weekly Shabbat services. He attended the only Jewish school in Perth, Australia, and says he was “probably seventeen” when he made his first friend who wasn’t a Jew. His middle name, “Sivan,” is, of course, the name of one of the spring months in the Jewish calendar.

One night as a fifteen-year-old on a walk with his father, he told the New Yorker, he asked his father if there was anything he would change about their religion.

“To me, the whole gay thing, it really doesn’t make sense why a religion would kind of be against it or whatever,” Sivan recalls his father responding.

He came out then and there.

And where did Sivan perform his first major singing gigs?

In synagogues, of course.

Leading prayers at his local synagogue, he grabbed the attention of a rabbi, which led to an invitation to perform at Sydney’s Central Synagogue. “I loved the fact that I got to travel for the first time,” Sivan says. “And the shuls kept getting bigger.”

Sivan details a memorable moment on, as he calls it, “the shul circuit,” at the Chabad of Encino, California: in the middle of performing a rendition of Barbra Streisand’s take on the Hebrew prayer “Avinu Malkeinu,” his youthful voice started breaking. Then he forgot the lyrics. “And from then onwards felt like I was going to faint,” he says.

Sivan does not seem to have any ill will towards Judaism or Barbra Streisand. And who would’ve thought that one of the world’s biggest singers started out at the Chabad of Encino?

Here’s a young Sivan singing a rendition of the Hebrew prayer “Ani Ma’amin” or “I Believe” – while wearing a yarmulke, no less: