Katz’s Deli Had A ‘When Harry Met Sally’ Fake Orgasm Contest. Here Are The Photos. 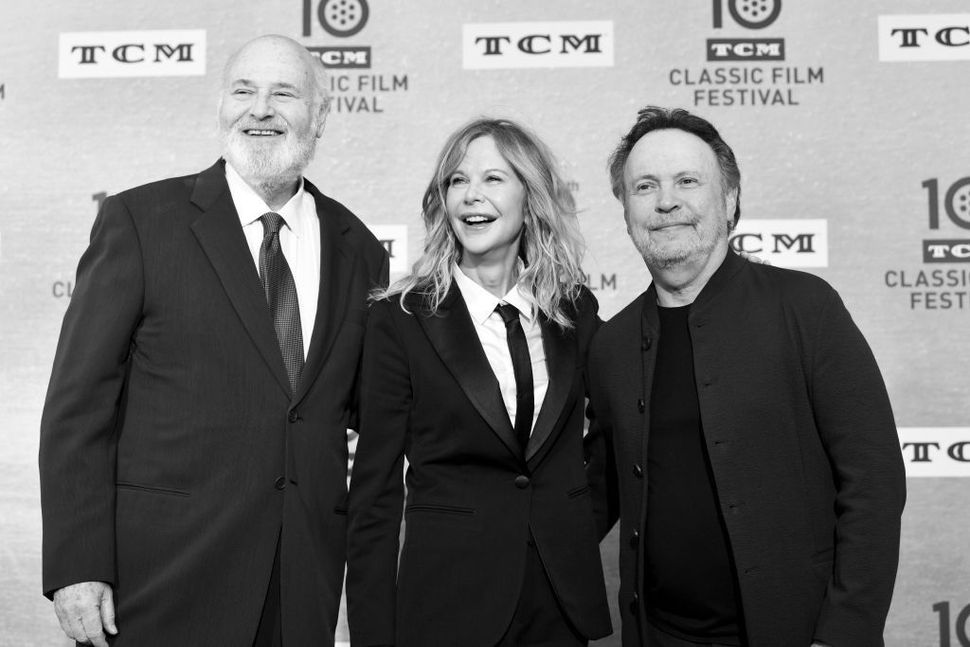 “Have I ever faked an orgasm? Yes, of course. I spent most of my 20s faking orgasms,” 32-year-old reporter Georgette Culley told the New York Post on Friday, a comment that would make millions of women say “Ah” in recognition (but probably not “AhhhhhhhhAHHhhhh”).

Culley joined a group of pleasure-seekers who congregated at Katz’s Deli on Manhattan’s Lower East Side for a climactic competition — the historic deli was the site of the iconic scene in Nora Ephron’s “When Harry Met Sally,” in which Meg Ryan’s character shows off her impressive ability to fake an orgasm.

Culley, dressed in costume as Sally Albright. We’ll have what she’s having

For the 30th anniversary of the classic romantic comedy, the 131-year-old deli went out of its way to show that it’s not so old fashioned after all, offering a bag of deli meat in exchange for the top five stimulation simulations. H-O-pefuls demonstrated their powers in person at the restaurant on Friday and submitted on social media over the weekend, identifying their posts with the hashtags “WhenHarryMetSally” and “FakeItLikeMeg.”

We’re still celebrating the 30th Anniversary of When Harry Met Sally! Who’s ready to come to Katz’s and bring their ‘O’ game?? People are going nuts up in here! ?❤️? Post with hashtags #katzsdeli #fakeitlikemeg #whenharrymetsally to enter for a chance to win a When Harry Met Sally package shipped nationwide. Packages can also be purchased on the website at katzsdelicatessen.com Gotta be in it to win it! #fakeittillyoumakeit

The Post reported that a few of the in-person competitors on Friday included a 52-year-old Texan woman, a 24-year-old school teacher who identified herself as a virgin, and a lone man. TMZ has footage of some of the table bangers — and no, they weren’t saying the birkat hamazon.

But dutifully scouring the internet, we feel confident that this performance, by Charlotte Keeney, takes the pastrami cake. According to her friend who documented the event on Instagram, Keeney came to Katz’s for a sandwich, but found herself moved to take part in the competition. In other words, she came, she saw, she conquered. Watch her triumphant howl below. Do we really need to warn you that you might find the video profane?

The delicatessen will notify winners later on Monday, but you can walk into the eatery, order a matzo ball, and scream out your joy any old time. Remember, if we want great institutions like Katz’s to stick around, we can’t just fake it.

Katz’s Deli Had A ‘When Harry Met Sally’ Fake Orgasm Contest. Here Are The Photos.