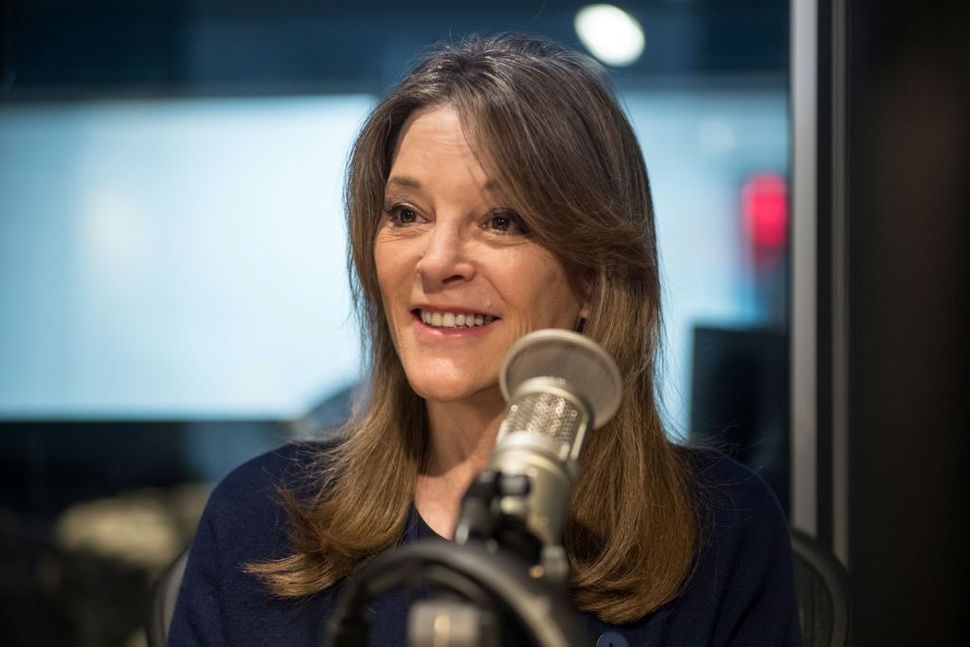 “You have harnessed fear for political purposes and only love can cast that out,” Marianne Williamson declared in the first round of presidential debate, addressing President Donald Trump.

Milano, who has become a public fixture in the glittery liberal resistance against the Trump administration, informed her Twitter followers on Tuesday that she is exploring supporting Williamson for the Democratic bid. “I’m going to my first fundraiser of the election cycle” she wrote, tagging Williamson. “I know. I know. But she’s the only candidate talking about the collective, soulful ache of the nation & I think that’s an important discussion to have.”

Milano added, “And as I’ve said before, I’m not committing to anyone yet. I’m going to support everyone if given the opportunity until the choice is crystal clear.”

Milano’s tweets were not popular with her audience, receiving more comments than likes. Science writer Erin Biba responded to the tweet, writing, “You’re supporting an anti-Vaxxer.” Biba went on, charging Milano with “supporting a woman” who has, Biba claimed, pushed pseudo-science on people suffering from AIDS and post-traumatic depression, and shamed fat women. It’s true that Williamson has been critical of mandatory vaccination, though it’s not clear if those critiques have risen to the level of being an “anti-Vaxxer.”

Williamson’s cache has long included the support of celebrities, most prominently Oprah Winfrey. When Williamson ran unsuccessfully for Congress in California’s 33rd district, she was endorsed by an A-list that included Sarah Silverman, Kim Kardashian, and Katy Perry. Alanis Morissette wrote her a campaign song.

We’re not endorsing anybody, but we’d like to see Jason Mraz and Nicole Richie cook up a tune for Williamson.