RBG: The Senator Who Predicted My Death Died And I Don’t Even Remember His Name 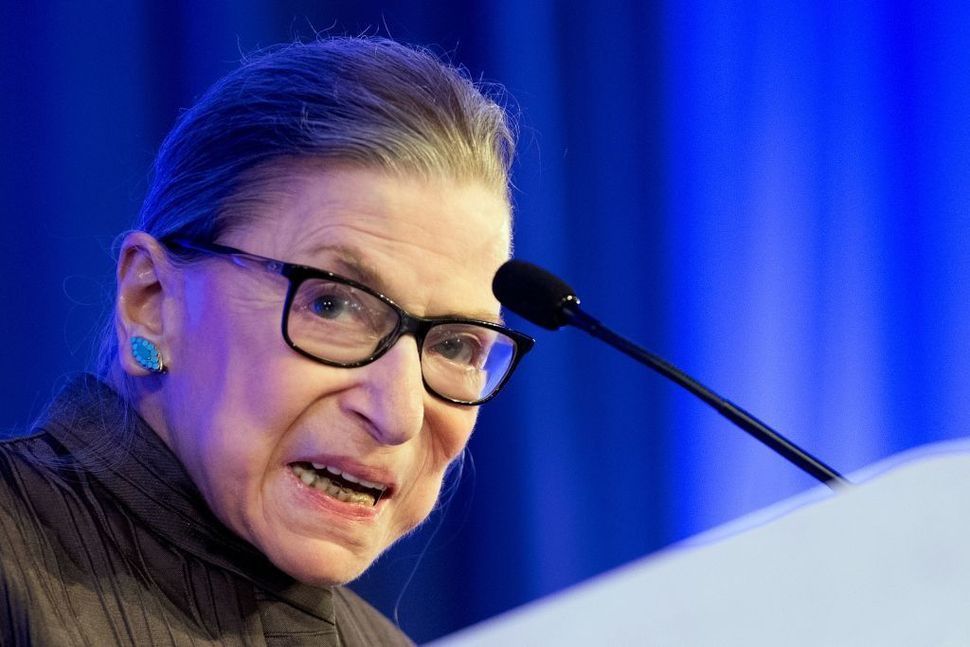 In the beginning, nicknaming Supreme Court Justice Ruth Bader Ginsburg “The Notorious RBG” was a clever joke — the allusion to street life and hardcore rap riffed on the tiny, quiet justice’s tendency to write fiery dissents for the court.

Now, we appear to be seconds away from Justice Ginsburg dropping a diss track, with a guest verse from NPR correspondent Nina Totenberg.

Asked by Totenberg about aging and her health struggles during a lengthy interview on Wednesday, Ginsburg said this:

There was a senator, I think it was after my pancreatic cancer, who announced with great glee that I was going to be dead within six months. That senator, whose name I have forgotten, is now himself dead, and I am very much alive.

In a tour de force chat with Totenberg, the journalist to whom Ginsburg often gives her most candid interviews, the justice spoke frankly about having survived three types of cancer at the age of 86, including the surgery that left her free of lung cancer last year. She sad she takes her lead from the opera singer Marilyn Horn, who suffered from pancreatic cancer but responded to concern by saying, “‘I will live,’ not that ‘I hope I live,’ or ‘I want to live,’ but ‘I will live.’”

(Horne is very much alive, too — she’s 85 and cancer-free for over a decade.)

This last bout of sickness, Ginsburg acknowledged, was harder on her, because it’s the first time she’s been seriously ill without her husband Marty, her companion in all things. He was so watchful of her that once, in a hospital, he noticed that a blood transfusion was delivering the wrong kind of antigens, and he ripped the IV out of her body.

“I miss him every morning,” she said.

Ginsburg’s work as a justice is the secret to her staying power, she said. “The work is really what saved me,” she said. “I knew it had to get done. So I had to get past whatever my aches and pains were just to do the job.”

Looking back on her long career, which shows no signs of wrapping up, Ginsburg said that the work for which she is most proud was as a lawyer in the 1960s and 70s, when she wielded the law as a tool against gender inequality. The distance traveled — by activists, herself, and the collective — is too far to walk back, she argued.

“I don’t think there’s going to be any going back to old ways,” she said. “When you think about how the world has changed, really, in what women are doing — I went to law school when women were less than three percent of the lawyers in the country — today they’re fifty percent. I never had a woman teacher in college or law school. I mean, the changes have been enormous.”

So enormous, in fact, that if a celebrated Supreme Court Justice dropped a mix tape, well, we wouldn’t complain.

RBG: The Senator Who Predicted My Death Died And I Don’t Even Remember His Name