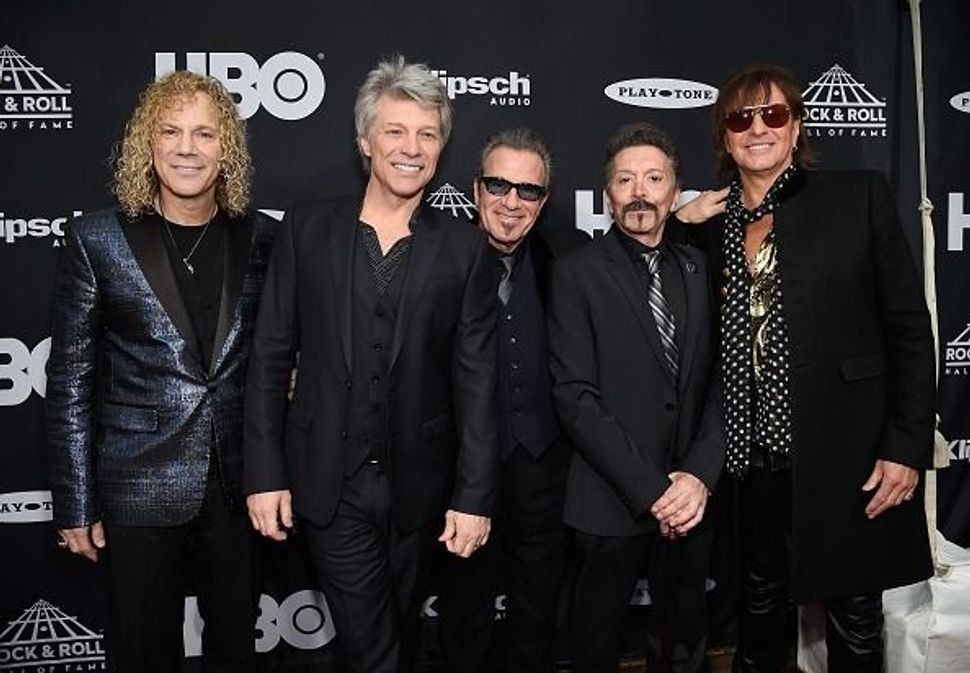 They’re literally livin’ on a prayer — legendary rock band Bon Jovi has touched down in the Holy Land.

The 80s icons arrived in Israel on Monday afternoon, the Jerusalem Post reported. The band will perform at Tel Aviv’s Ha Yarkon Park on July 25th as one of the final stops on their “This House Is Not For Sale” tour, the same title as their 2016 record. It’s an encore visit for the band, who played a sold-out show at the same venue in 2015.

It’s a favorite one for the band, claims Guy Besser of Israel’s Bluestone Entertainment, who was responsible for booking the band. Out of all the stops on the band’s international tour, he says, Bon Jovi chose to film their performance at Ha Yarkon, preferring it even to Wembley Stadium in London. (Maybe there’s a potential concert film in the works? Nu?)

Beser, who spoke to the Jerusalem Post about his relationship with the band, claimed that “[Jon Bon Jovi] received more than 5,000 letters from BDS activists who are against the show” but the lead singer told him, “I chose Israel and I’m coming – no one can cancel my show.”

Beser also confirmed that the rock group will travel through the country after the concert with a khevre of mishpokhe and friends. “Jon Bon Jovi was here for three days, and he told me that he wanted to stay for another five,” Beser said of the band’s first time in Israel. “Before he left, he told me that he would come back. He loved everything about the country.”

Direct quotes from Bon Jovi, or patriotic exaggeration from an entertainment exec? For his part, the singer does seem thrilled about his return to the Jewish state. In a recent Instagram post, Bon Jovi points to a flyer of the band’s performance with a smile on his face. “2 days to go!,” he excitedly captioned the photo. And David Bryan, the band’s longtime pianist, told the Post of BDS efforts, “Rock & roll goes everywhere and helps people forget about the world and have a good time. It doesn’t divide, and that’s what we’re talking about – unification, not dividing.”

At their last Israel concert, Bon Jovi dedicated the song “We Don’t Run” to the 50,000 attendees, stating that “this should be the fight song for Tel Aviv.” Later, he told the group’s Jewish keyboard player, David Bryan, “Your father would be proud of you” for performing in the Jewish State.