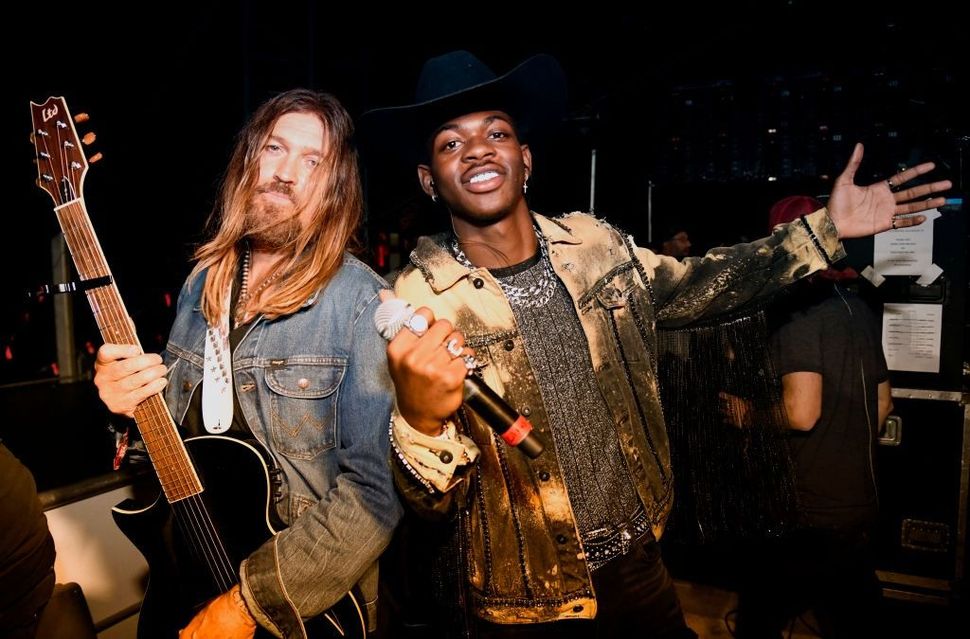 In the year 960 CE, a Spanish Rabbi and grammar nut by the name of Dunash ben Labrat wrote a piyyut, a prayer poem, called “Dror Yikra,” meaning, “Freedom, shall he proclaim.”

You are just three minutes and twenty-five seconds away from having it stuck in your head for the rest of the week.

Chicago-based Jewish a capella group Listen Up! released a cover of the smash hit country-rap song “Old Town Road,” with the words of “Dror Yikra,” still a popular Shabbat song, in place of the lyrics. “Old Town Road,” a song so popular it has come just short of starting a social movement, plus “Dror Yikra,” lyrics so good they’ve stood the test of one thousand years? Can’t nobody tell Hashem nothing.

“Old Town Road,” by Lil Nas X, featuring Billy Ray Cyrus, became the longest-running Billboard Hot 100 No. 1 single of all time this week, breaking the record held by Mariah Carey and Boyz II Men since 1995. The obscenely charming Lil Nas X filled his song with emblems of freedom — the open road, the exhilaration of riding a horse, the kind of liberation material wealth can provide. “Dror Yikrah” is about a different kind of freedom — that of God’s might and the bounty of Shabbat. One mentions “bull ridin’ and boobies;” the other does not, both are timeless.

You can watch the delightfully dorky and aurally delectable music video from Listen Up! here, starring Eli Nathan Taylor, Kadi House, Freddie Feldman, and Steve Singer.(Full disclosure: House attended Union of Reform Judaism summer camp with the writer of this piece. Would you have it any other way?)

Freedom shall He proclaim for His sons and daughters
And will keep you as the apple of His eye
Pleasant is Your name and will not be destroyed
Sit (and) rest on the Sabbath day.