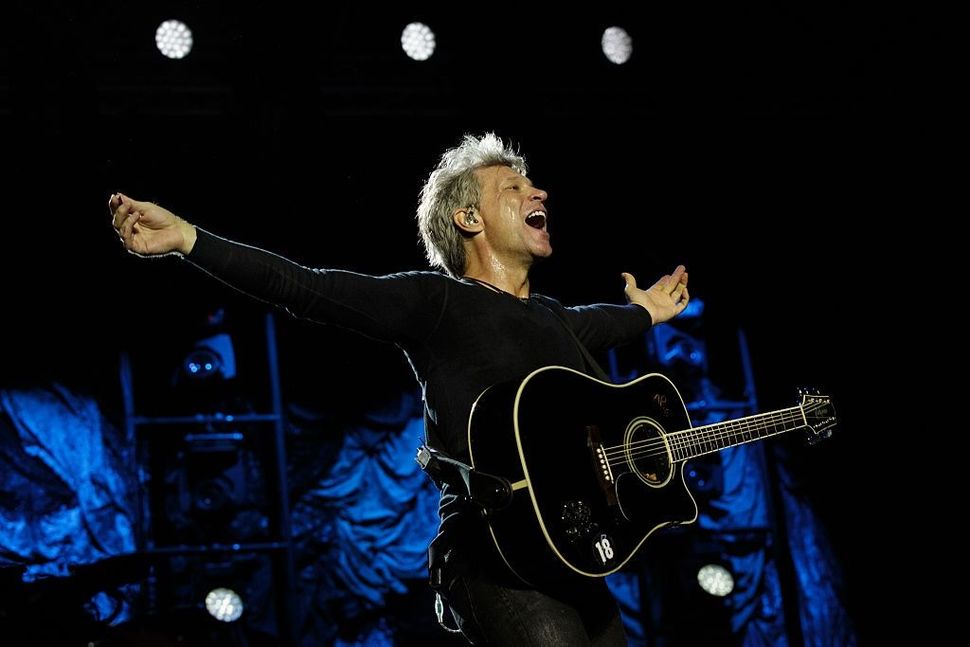 Two days before performing a mammoth show in Tel Aviv with his band this month, singer Jon Bon Jovi took the time to meet an Israeli woman going through breast cancer.

Netta Sadan, a 30-something mother of three children living in the city of Rishon LeZion, reached out to Facebook in an instantly viral post, with the hopes of connecting with the rockstar. “I want you to help me realize my oldest dream, to meet the idol of my youth,” she wrote on June 29, just a month before the concert. Unable to attend the concert due to burns and weakness from her ongoing treatment, she put out a call, hoping that people would share her plea enough to get it into the right hands.

“When I was 10, I was madly in love with [Jon Bon Jovi],” Sadan wrote. “He doesn’t know how much his words have helped me in my life.”

Sadan went on to write that the hitmaker provided the soundtrack to her life — in good times and bad. “When my heart broke he collected the pieces and always knew exactly how to calm and comfort,” she wrote. “Recently something in me is a bit broken…At this point I still don’t know if I’m ending the war or starting it again,” she wrote, adding that she has determined “to start fulfilling some of my dreams…dreams that have nothing to do with cancer.”

Saddan and her family were invited to meet Bon Jovi on the runway, just after his plane touched down in Israel. The next day, she and Bon Jovi sat down face-to-face for a half an hour conversation. “Two hours ago, I met my hero,” she wrote of her encounter with the rock star.

“We sat, we talked and laughed.” The band didn’t invite members of the media to witness the special moment between musician and fan. “[Jon] did it to make me happy,” she wrote. The next day she and her brothers were invited to the concert, given backstage passes, and taken care of by the staff.

“Thank you very much to everyone who supported and helped me realize this dream,” Sadan told the friends and strangers following the story, thanking especially Abigail Lionarons, the stranger who ended up passing on Sadan’s post to representatives for the band.

Adrianna Chaviva Freedman is the Social Media Intern for the Forward. You can reach her at [email protected] on Twitter @ac_freedman