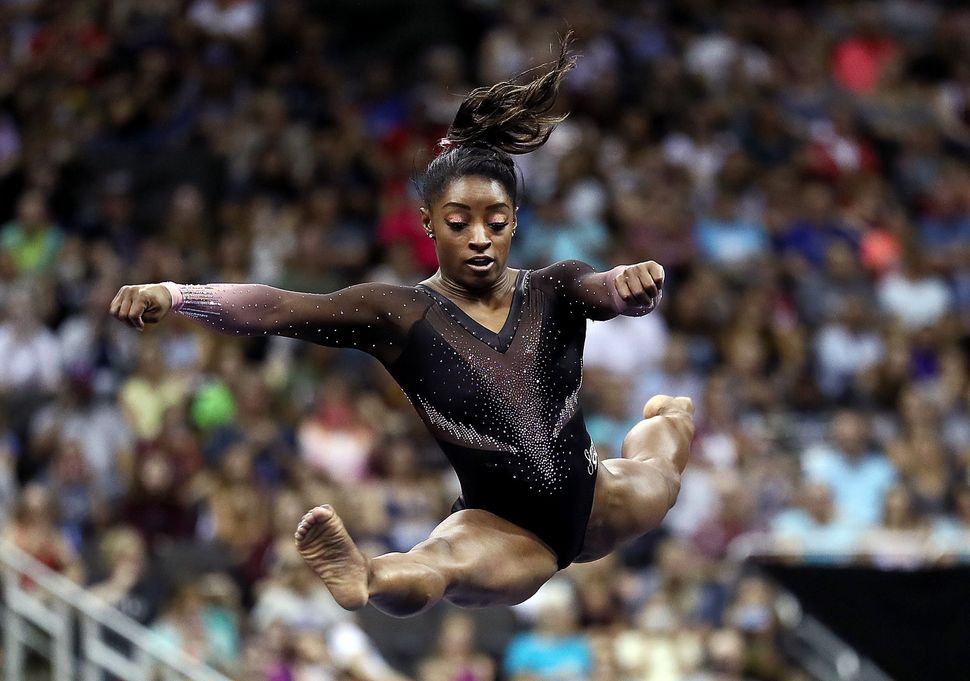 This week, Simone Biles made history. It’s a sentence that journalists may soon tire of writing — the 22-year-old Olympic gymnast is simply one of the most extraordinary athletes to have ever lived.

If it sounds jargon-y, watch her change her sport in her Sunday night routine. She’s the kind of athlete who can make you weep with wonder:

Please forgive your friendly Jewish publication if the proud Jewish dad in us feels compelled to point out the sliver of Yiddishkeit in all this — the brassy, thrilling jazz sting that greets Biles as she takes to the floor? That’s a remix of “Big Spender,” a hit from the 1966 Broadway musical “Sweet Charity.”

The song is by Cy Coleman (given name: Seymour Kaufman,) the legendary Jewish composer who was nominated for a whopping 19 Tony Awards in his life, and won five, as well as a handful of Grammy and Emmy Awards. The ecstatic, sensuous music that underscores Biles’ latest triumph was one of Coleman’s most memorable tunes — he also wrote the Frank Sinatra hit “The Best Is Yet To Come” and “Hey, Look Me Over,” which Lucille Ball made popular.

And that’s a little Jewish history to go with your double back somersault with three twists in two flips.