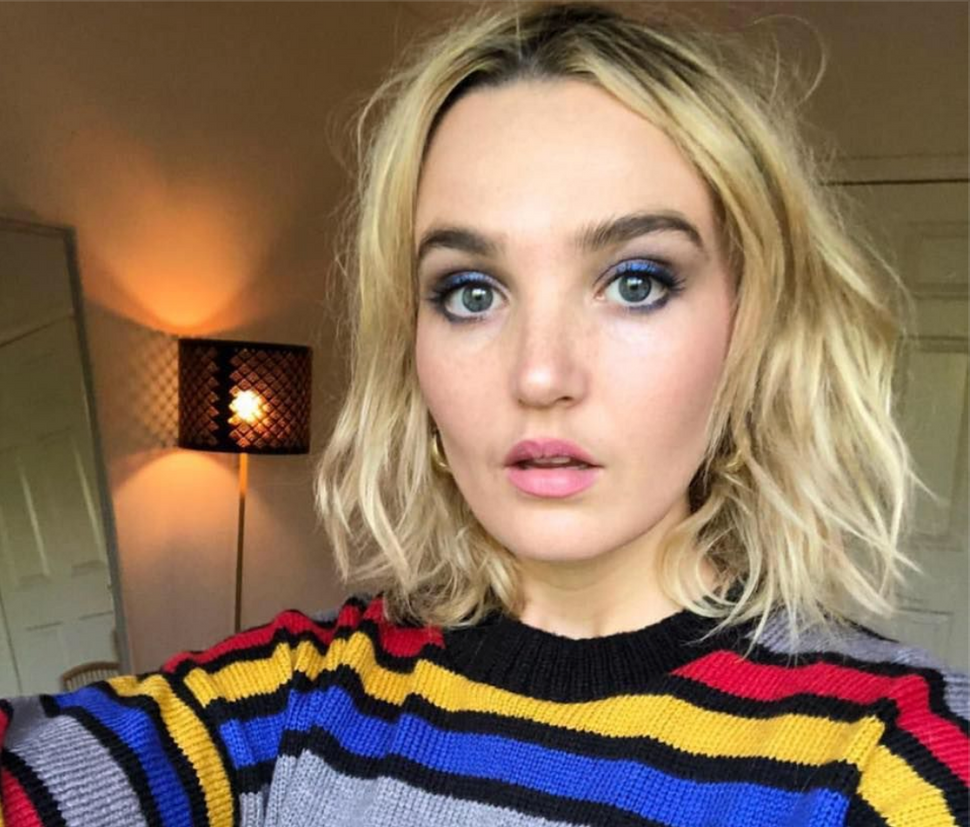 Ever since Vanessa Bayer, who gave the world Jacob the Bar Mitzvah Boy, the cast of Saturday Night Live has been in desperate need of funny Jewish women. (In fact, it’s not clear how they’ve been making the show up to this point without them.)

The show that launched the likes of Gilda Radner, Rachel Dratch, and Julia Louis-Dreyfus will welcome another Jewish funny girl — Chloe Fineman. It was announced on Thursday that Fineman will join the cast of Saturday Night Live for the show’s 45th season, along with comedians Shane Gillis and Bowen Yang — Yang will be the first Asian cast member in the history of the show.

Here’s what we know about Fineman, 31, hours after the casting news:

She went to Jewish summer camp. She is one of the most skilled impersonators working. Her dad is trying to start a conspiracy about pebble-theft at their local Jewish cemetery.

Let’s take it from the top!

The 31-year-old Fineman hails from Berkeley, California, where she attended Camp Kee Tov, a Jewish day camp associated with local Reform synagogue Congregation Beth El (cheers to our colleagues at the J newspaper of Northern California for this tag-team Jewish geography effort.)

Via copious Instagram stalking, we have established that Fineman has two sisters — visual artist Emma, and crossfit champion Alexia, who goes by Leka. Her parents are Ellen Gunn, a celebrated painter, and David Fineman, a biotech executive. Reader, we don’t know how else to say this — the whole family is good-looking and funny. Peep this video of David Fineman exposing unethical Jewish ritual behavior at his mother’s gravesite. Watch until he whispers, “Not a true mensch.”

But back to Chloe! She studied at NYU Tisch, then moved to Los Angeles to improvise with the famed Groundlings theater (that’s Kristen Wiig’s improv school, too). Fineman has appeared in small roles on major network shows like “Jane the Virgin,” “Grown-ish,” and “Search Party.”

But her real claim to fame is this: she’s a master impersonator. We fell in love with her when we saw her bonkers, beautiful Marianne Williamson, and her essential Ivanka Trump. We also recommend her manic Cynthia Nixon, her word-less Bella Hadid, her cutting Greta Gerwig, her grumpy Frances McDormand, her extremely specific Nicole Kidman in “Big Little Lies,” and, of course, her Timothee Chalamet.

Fineman, together with reigning SNL empress Kate McKinnon, will be electric. We’ll see them together when the show returns on September 28. Mazal tov, Chloe! And don’t forget — the best way to make your Jewish fans proud is for you and Kate to perform a sketch showing the backstory of the Jewish cemetery theft incident.