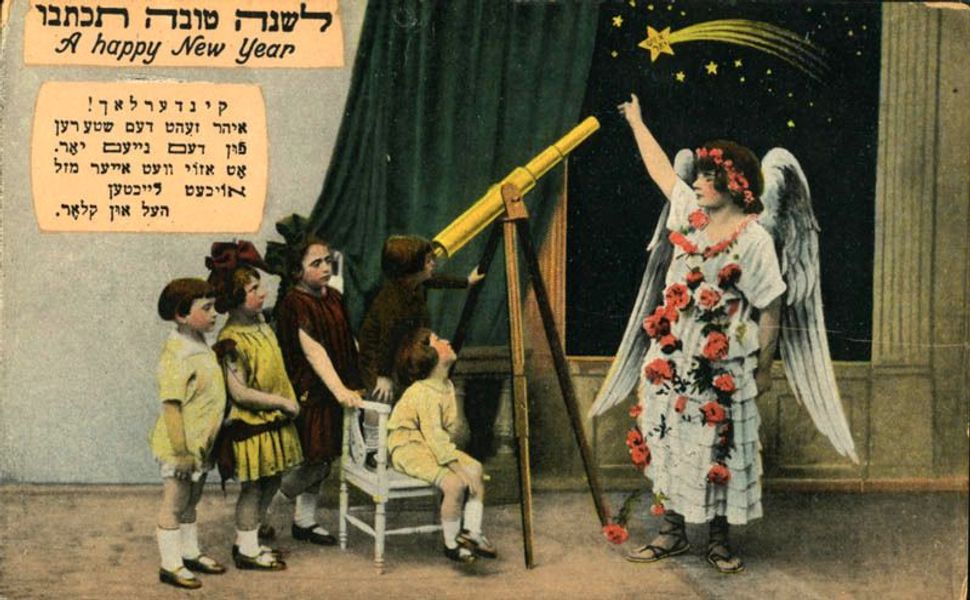 This new video, a collaboration between the Israeli Youtube channel Unpacked and the Forverts, highlights some unknown facts about the venerable tradition of sending Rosh Hashanah greeting cards.

Few people know, for instance, that the first Rosh Hashanah cards appeared in Germany in the 1400s or that the well-known colorized Yiddish-language greeting cards were mass-produced by a Warsaw couple, Chaim and Esther Goldberg, and featured Yiddish rhymes that Chaim composed himself.

The video is based on Rami Neudorfer’s article “The Curious History of Rosh Hashanah Cards in Yiddish”.