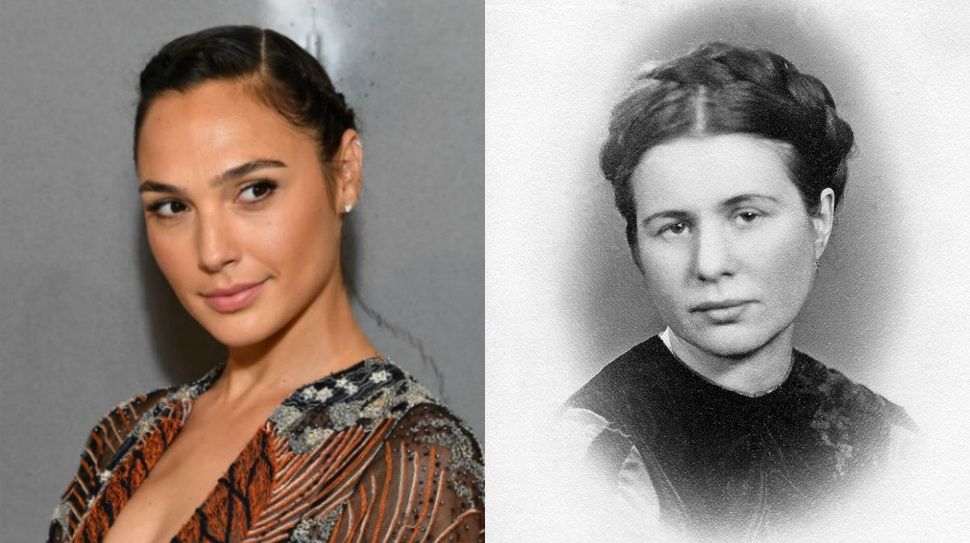 When Germany invaded Warsaw in 1939, Irena Sendler was just a 29-year-old Polish social worker. By the end of the war, she had saved untold thousands of Jews. Even a death sentence and imprisonment did not stop Irena Sendler from saving Jewish children.

Gal Gadot, who dazzled the world as “Wonder Woman” and raised heart rates in “The Fast And Furious” franchise movies, is set to play a real-life heroine. This week, the Israeli star announced that she will portray Sendler in an upcoming biopic.

With “Irena Sendler,” Gadot will launch Pilot Wave, a production company she owns alongside her husband, Jaron Varsano. The third producer? Marc Platt, who produced “Bridge of Spies” and “La La Land,” and just so happens to be Ben Platt’s dad.

In an effusive Instagram post about the fledgling firm, Gadot said that Pilot Wave will “promote the perspectives and experiences of unique people” through film.

Pilot Wave is taking off! I’m so excited this is finally out. @jaronvarsano and I have been working on this for quite some time and I just CAN’T wait to bring to life all the amazing stories we’re working on with all of our wonderfully talented partners. … … “As producers, we want to help bring stories that have inspired us to life. Pilot Wave will create content that promotes the perspectives and experiences of unique people and produce impactful stories aimed at igniting the imagination.”

Sendler’s story is certainly unique. A Polish Christian, she got her start resisting anti-Semitism as a young woman in the 1930s, when she protested the “ghetto bench” system that segregated Jewish students within classrooms at the University of Warsaw.

Although she was suspended from university for her activism, she went on to become a social worker. After the German invasion of Poland, she joined Zegota, a Polish resistance organization, and used her position to gain rare access to the Warsaw Ghetto. On the pretense of inspecting hygiene in the ghetto, Sendler covertly distributed necessities like medication, clothing, and food, putting her own life at risk. As Jews were deported to death camps, she organized a network of social workers to smuggle children to safety, eventually heading up Zegota’s Care For Jewish Children department.

Sendler hid children in sewer pipes, ambulances, toolboxes, and suitcases, bringing them to sympathetic families, orphanages, and convents. In hopes of one day reuniting them with their families, she wrote the children’s names down on cigarette papers, concealed the papers in glass bottles, and buried the bottles in a neighbor’s yard. It was mostly a fruitless effort — most adults in the Warsaw Ghetto did not survive the war. But there are Polish-Jewish Holocaust survivors today who are aware of their identities because of Sendler’s glass bottles. “Irena Sendlerowa is like a third mother to me and many rescued children,” Elzbieta Ficowska, a Polish Jew who Sendler smuggled out of the ghetto in a toolbox, told the Guardian.

In 1943 Sendler was arrested, beaten viciously by members of the Gestapo, sent to Pawiak prison, and sentenced to death. Activists managed to gain her release by bribing officials, and Sendler resumed her work, though she now had to depend on crutches she would use for the rest of her life.

In the postwar years, Sendler navigated the rise of communism and Poland’s fraught transformation into a Soviet satellite. Sendler seemed to thrive under the new regime, resuming social work and rising in the ranks of government ministries. Decades later, according to the Polish government, she supported Solidarity, a labor movement that contributed to the fall of the Soviet Union. Sendler died in 2008.

Yad Vashem, Israel’s memorial to the Holocaust, estimates Sendler saved 2,500 children, though the exact number is not known. Despite her extraordinary work, Sendler insisted, until the end, that she was not heroic. “The term ‘hero’ irritates me greatly,” she told the Guardian in an interview from her nursing home, when she was 97 years old. “The opposite is true. I continue to have pangs of conscience that I did so little.”

Sendler’s story hasn’t garnered global attention the way the works of other righteous gentiles, like Oskar Schindler and Raoul Wallenberg. She was nominated for the Nobel Peace Prize two times, but ultimately passed over. She was the subject of a Hallmark TV movie, “The Courageous Heart Of Irena Sendler,” starring Anna Paquin, in 2009. The other major adaptation of her life story was the 1999 play written about her life by a group of Kansas high school students. The play has been staged over 200 times.

Now, Sendler’s extraordinary life will get the Hollywood treatment — the movie will be helmed by “The Shack” director Stuart Hazeldine, with a script by Justine Juel Gillmer, who also scripted the upcoming Holocaust bipoic “Harry Haft.”

Gal Gadot, Israel’s emissary on the world screen, has chosen an extraordinary story from Jewish history for her first major producer credit. It’s a personal story for Gadot, whose grandfather immigrated to Israel alone after his entire family perished in the Holocaust. “He went through hell,” she wrote in a memorial post in 2018. She called remembering the Holocaust “a call for all of us to act against discrimination of any kind.”

We hope that her portrayal will transcend feel-good tales of Holocaust heroism and explore serious questions: What can political resistance look like for ordinary people? How is Jewish identity preserved and lost in times of crisis? What would you risk for total strangers?

Godspeed, Gal. An actress who’s already saved the world on screen should be up to the task.