The “Italian hand gesture” emoji will also be embraced by Israelis. Image by Angelie Zaslavsky

The Unicode Consortium, also known as “the emoji people,” released its list of 65 new icons on Thursday, thrilling at least two groups with their inclusion of what they’re calling the “Italian hand gesture” of pinched fingers and a raised hand. Of course, Italians love it — they use it to signal disagreement. 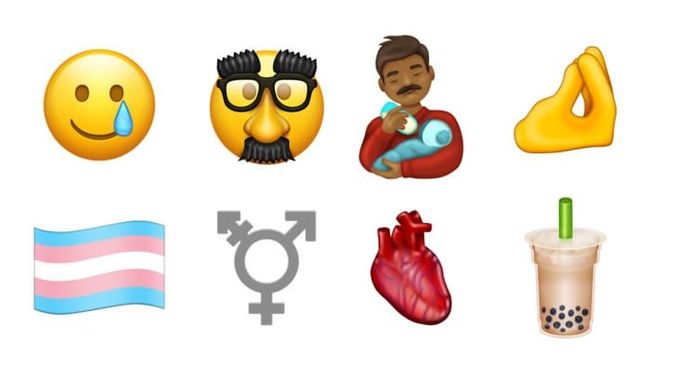 New emojis for 2020. Image by Emojipedia

But a certain other Mediterranean group, likewise stereotyped as excitable and prone to gesticulation, will find the little image handy (sorry, not sorry) as well. For Israelis, it means something almost untranslatable that’s sort of like “hang on/be patient/just a minute.”

The Unicode Consortium has already blessed the Jewish people with a bunch of emojis, like a synagogue, a star of David and a menorah. People weren’t thrilled with the bagel, sure, but it’s more than offset by the Vulcan hand gesture, which has its origins in the Jewish priestly blessing.

Still, it’s a great day to start planning for next year’s release. Some ideas, inspired by 2020, from Los Angeles writer Esther Kustanowitz.

Person with ugly Hanukkah sweater Change the skin tone to whatever you want; Jews come in all shades.

Three iMessage dots, but the dots are Stars of David A way to say, “Nu? You don’t write, you don’t call…”

Fondue pot with a star of David The new fondue pot emoji has a cross/plus sign on it; this tweak indicates that the fondue is made from lactose-reduced or vegan cheese and safe for the lactose intolerant.

Matzah For a certain time of year, and in extreme cases, to be used in tandem with the anatomical digestive system.

Sweater or jacket For Jewish parents reminding their children to dress appropriately for the weather.

Bowl of chicken soup with matzah balls “Get your flu shot!”

Mel Brooks as the 2000-Year-Old Man The Jewish way to say “OK boomer.”

Larry David/Bernie Sanders A two-for-one image for anyone who feels the Bern or their own misanthropy.

Steven Spielberg with baseball hat The emoji that says, “dress any way you want; you’re a famous movie producer.”

Esther D. Kustanowitz is a writer, editor and consultant who lives in Los Angeles. She also co-hosts The Bagel Report, a Jewish pop culture podcast and writes about #TVGoneJewy, the increase of Jewish content on television.