Passover’s almost over, but it’s not too late to watch Jack Black slay ‘Chad Gadya’ 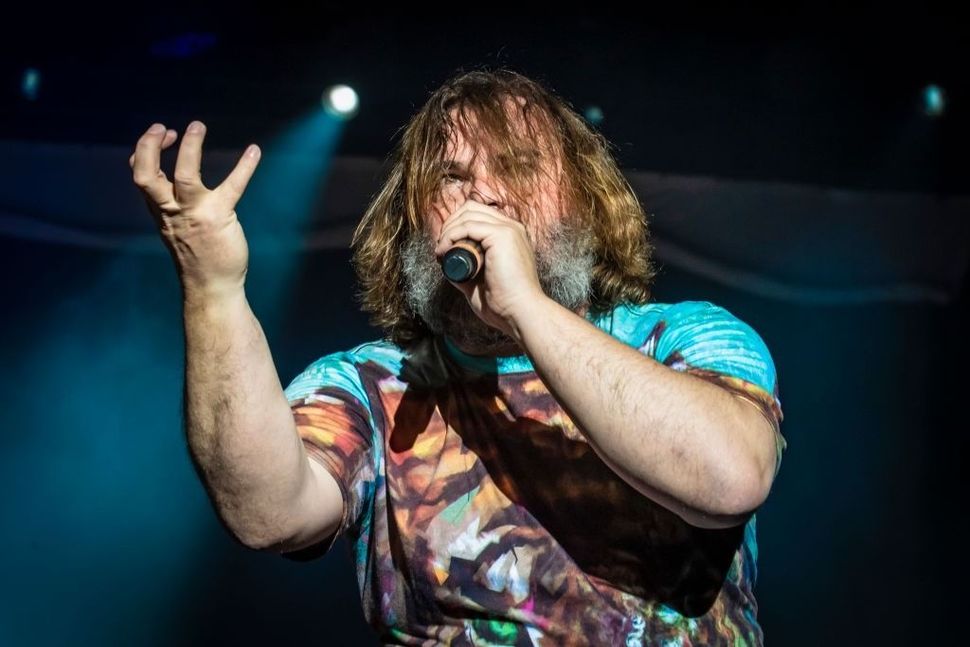 The last two days of Passover are often the toughest of the holiday – you’re no longer riding the high of being with family (even virtually), and you’re so, so sick of the food. But under quarantine, the hours until the final sunset seem to drag on even slower than they usually do.

Fear not: The Forward has discovered an unexpectedly invigorating combination to lift your spirits. It’s Jack Black singing “Chad Gadya.”

(If the embedded video doesn’t work, click here to watch.)

For reasons that are inexplicable and yet quintessentially Jack Black, his recording of the Passover song was first published on a Hanukkah album. That LP, “Hanukkah+,” came out in November 2019, and also included contributions from Haim, the Flaming Lips and Yo La Tengo.

Black previously showed off his “Chad Gadya” skills in a 2012 appearance on “Conan,” during which he described it as “the original heavy metal song” and said it was his favorite part of the Passover Seder when he was a child. He told Conan O’Brien that he enjoyed looking at the drawing of the Angel of Death that accompanied the lyrics. “It was very Black Sabbath,” he said.

Passover’s almost over, but it’s not too late to watch Jack Black slay ‘Chad Gadya’