Glee star Lea Michele is pregnant with her first child 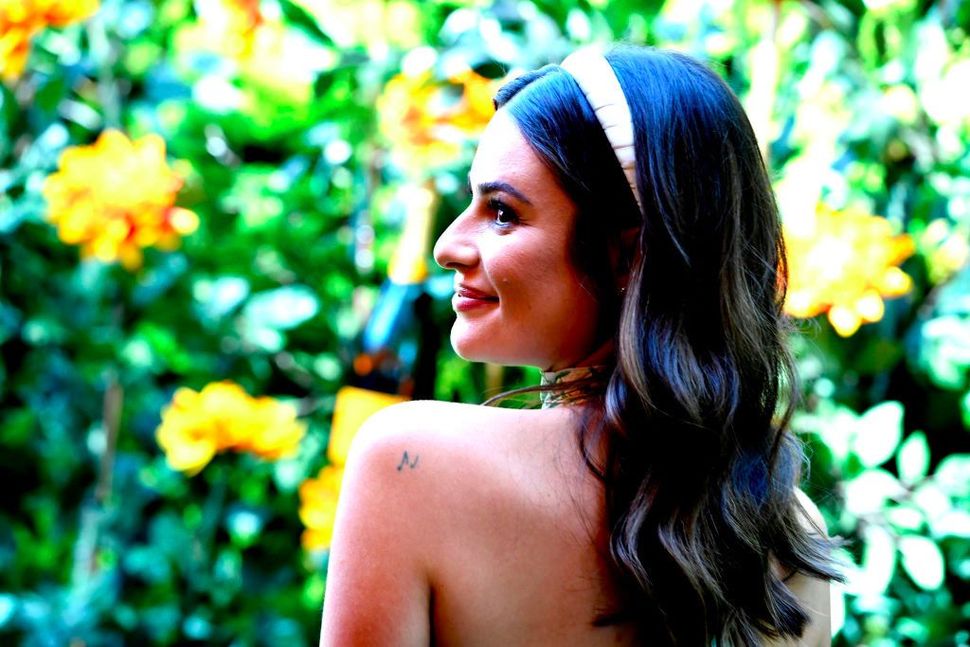 Lea Michele, the “Glee” diva who taught a generation of girls to love their non-regulation schnozzes, is pregnant with her first child.

Michele’s Instagram announcement was short on words: the caption read simply “so grateful,” and concluded with a single, gender-ambiguous yellow heart. But who needs words when you have snapshots of celebs who haven’t wrecked their skin with a quarantine diet of Twinkies and Twitter news? In the photo, Michele is rocking a maxi dress I know for certain would also make me look pregnant, in a very bad way. The nose that a manager once instructed her to have surgically altered is displayed in full, glorious profile. And she’s also cradling a serious big baby bump that, before the era of coronavirus, might have been impossible to hide for so long.

But for celebs looking to skip the tabloids-scrutinizing-my-belly-fat phase of pregnancy, quarantine may be an unexpected boon. Michele has made it months without the slightest speculation as to whether she was creating a new life or committing the sin of eating carbs. Still, an experienced Instagram sleuth might have seen it coming: for weeks, Michele, who appears to be self-isolating with her mother and husband, has posted only snapshots of her radiant face and sweater-obscured upper body.

So what should we expect for this future human’s Jewish life? It’s hard to say. Michele, who is of Italian and Sephardic descent, has some serious Jewish credentials: her father literally owned a delicatessen. With baby daddy Sandy Reich, it’s harder to tell. A Wharton graduate and former lacrosse bro, Reich is intensely private and has never revealed his religion online. All we know for certain is that his teeth are very white and he looks elated whenever he’s in a picture with Lea Michele.

But as the best minds concluded at the time of the couple’s engagement, when Reich gave Michele a diamond ring that’s probably bigger than their offspring right now, “Zandy=Alexander. Jewdar rule #7 – play a goyishe sport. He’s a Jew with contacts in diamonds and head of a shmatte business.”

So we’re holding out for some aesthetic snapshots of a very tasteful baby-naming.

Glee star Lea Michele is pregnant with her first child