For Doug Emhoff’s birthday, read our best coverage of the ‘Second Mensch’ 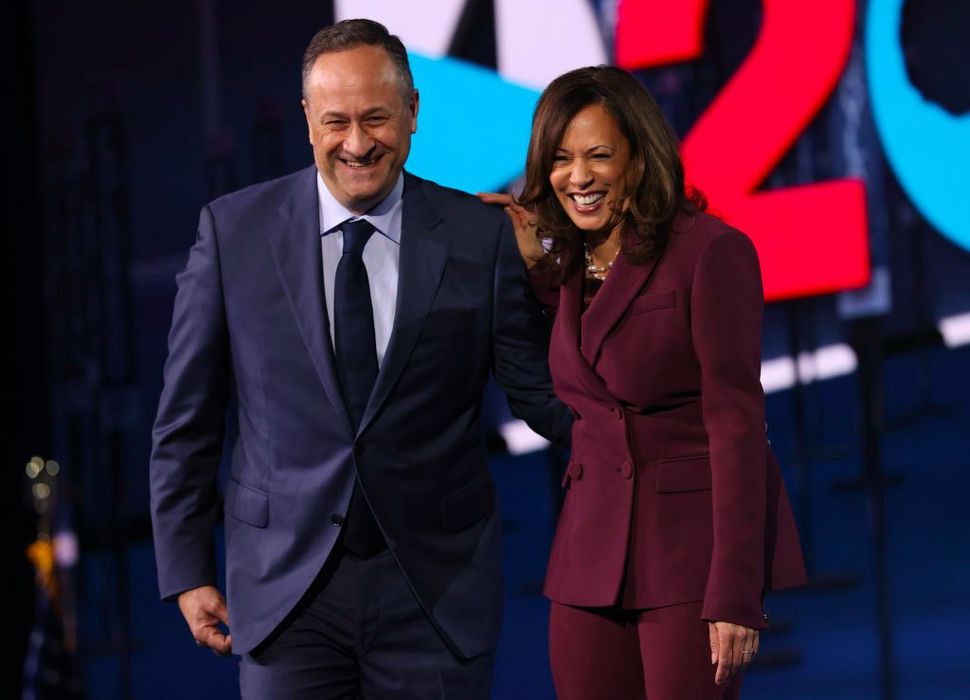 By registering voters in Virginia, of course.

Emhoff, who has not been seen sans Biden-Harris paraphernalia since sometime in August, started out the day by launching a Charlottesville voter registration drive with University of Virginia students for Biden. Later, he headed out to Fairfax County to preside over a yard sign pick-up event. On Instagram, he posted a picture of his stump speech with a characteristically cheerful caption: “What a great way to spend my birthday. Talking about Joe and Kamala in Virginia. Let’s do this!”

It should surprise absolutely nobody that Emhoff chose to spend the day this way. When Biden tapped Harris as his running mate in August, Emhoff switched from professionally kvelling for his wife to professionally kvelling for her campaign. Pretty much Emhoff’s entire social media presence is devoted to boosting Harris’s political profile. Per Instagram, he can usually be found having a “great day” participating in campaign activities from carving brisket in battleground states to posing with Gretchen Whitmer’s dog.

Great day in Mich and awesome seeing the incredible Gov @whitmermi and her new puppy named…Doug!

Practically, nothing Emhoff does for his wife should strike us as more than mildly heart-warming. In a male candidate’s wife, such behavior wouldn’t even be surprising. Just consider Emhoff’s campaign counterpart, Jill Biden, who has been spreading the “No Malarkey” gospel for years. But the only political phenomenon rarer than a woman on a major-party ticket is a political husband who is so fully and publicly obsessed with his wife — which makes Emhoff a seriously trailblazing dude.

In honor of the birthday of a nice Jewish man who loves his wife very much, here’s a roundup of the best things we’ve written about Doug Emhoff.

We polled Emhoff’s friends and learned why they already consider him the “Second Mensch.”

We investigated the Harris-Emhoff origin story. (Hint: it involves a Lakers game and a rambling voicemail that Harris replays every year on the couple’s anniversary.)

We revisited Harris’s first encounter with her in-laws, a nice Jewish couple with no reservations about touching the faces of complete strangers.

We got the skinny on Emhoff’s kids, Cole and Ella, who are definitely way cooler than you.

And, of course, we said it loud and proud: Doug Emhoff is our hot Jewish dad crush. Sue us. We’ll have good representation.

For Doug Emhoff’s birthday, read our best coverage of the ‘Second Mensch’