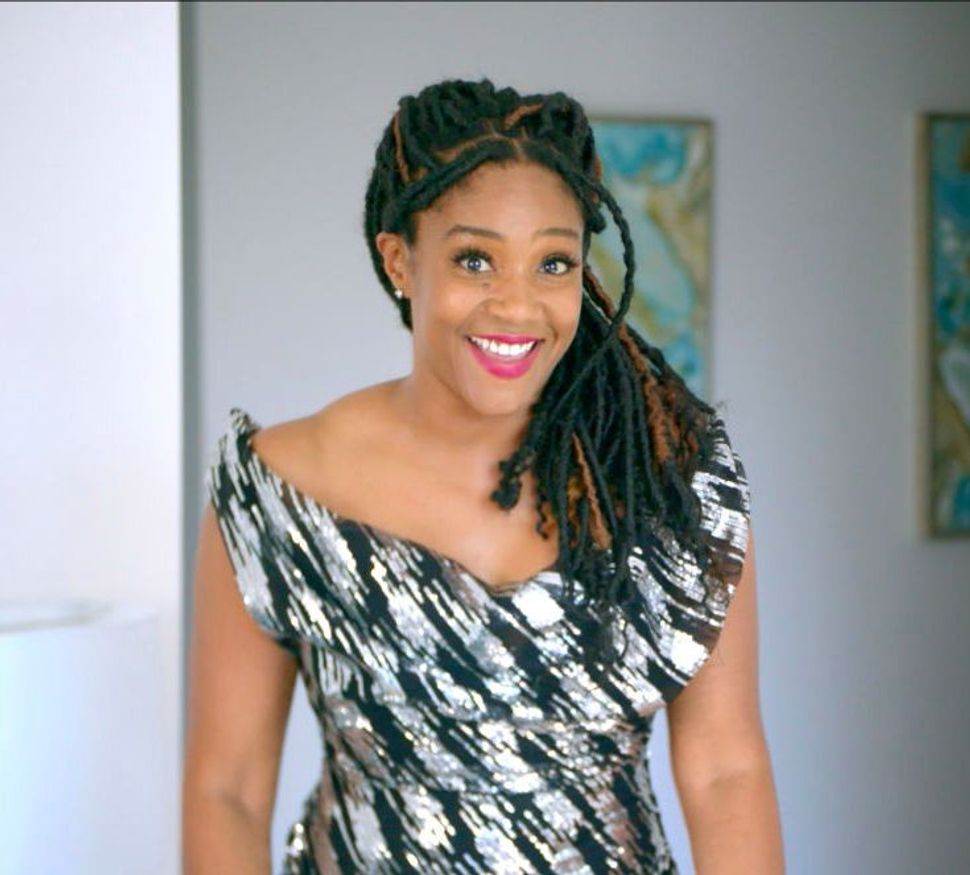 A woman extremely unafraid to say what she thinks. Image by Getty

PSA: If you’re looking for a very famous celebrity to host a very prestigious awards ceremony sans compensation, do not ask Tiffany Haddish. She will decline, and she will publicly call you out for being stingy.

That’s exactly what happened when the Recording Academy, the organization that hosts the Grammys, made Haddish an offer she could (and did) refuse.

In an interview with Variety, Haddish revealed she turned down the opportunity to host the 63rd Grammy Awards pre-telecast ceremony, a three-hour shindig during which awards in all but the sexiest categories are distributed. The reason? Not only did the Recording Academy decline to offer compensation, they said she would have to pay for her own hair, makeup and wardrobe.

“All of that would have to come out of my pocket,” Haddish told Variety.

She went on to compare the situation to “a guy asking you on a date but telling you that you have to pay for it.” In fact, it’s actually worse, because while dates with men are considered (by some people, perhaps erroneously) enjoyable leisure activities, standing onstage for several hours trying to make the Sound Engineering category seem as fun and exciting as Album of the Year is definitely, incontrovertibly work.

Haddish’s comments got the Recording Academy squirming. Within hours of the interview’s publication, Interim President Harvey Mason Jr. said on Instagram Live that a talent booker made the offer to Haddish without his knowledge. “To me that was wrong. I’m frustrated by that decision. It was a lapse in judgement. It was in poor taste. And it’s disrespectful.”

In fact, it looks like the practice leaders are quick to disown is in fact standard Recording Academy policy. Contacted by Variety, a spokesperson pointed out that this year and in the past, all hosts, presenters and performers have donated their time.

Haddish herself hasn’t been singled out for unfair compensation. But by taking aim at the Recording Academy, and forcing it to condemn its own behavior, she may end up helping a lot of artists get paid.