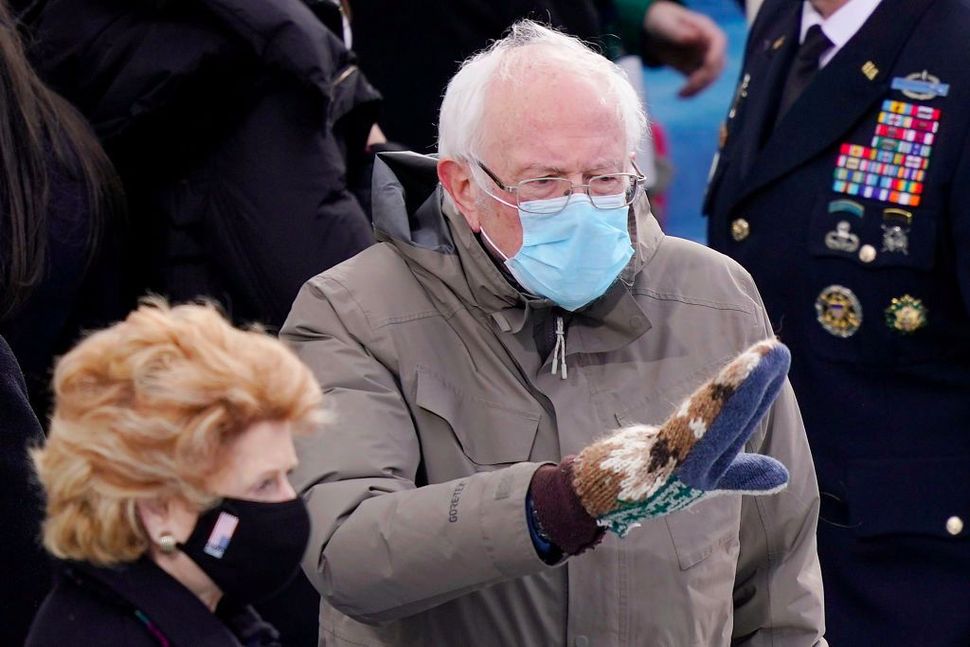 Bernie Sanders at the inauguration ceremony. Image by Getty

At this point, you probably know more than you ever anticipated about Bernie Sanders’ infamous inauguration mittens.

But did you know they were made in accordance with Jewish values?

Vermont teacher Jen Ellis, who makes mittens out of recycled sweaters and gifted a pair to Sanders after he lost the 2016 presidential nomination, teamed up with PJ Library and a very tough interviewer — one of her former students, Owen — to talk about how crafting aligns with Yiddishkeit.

The primary Jewish teaching Ellis invoked was “bal tashchit,” the value of not being wasteful: Her mittens are made from old sweaters and lined with fleece, a recycled fabric. But the video also discussed “netina,” the value of giving joyfully and cheerfully, and “tza’ar ba’alei chayim,” kindness to animals, as Ellis has donated some proceeds from mitten sales to conservation charities.

As someone who has been knitting things for over a decade and yet has never been invited to discuss my process in a public forum, I can confirm that Jen Ellis has achieved every crafter’s dream.

But I’m not sure I would have wanted to face Owen’s last and most tenacious question: “How big of a snowball can you throw with these mittens?”