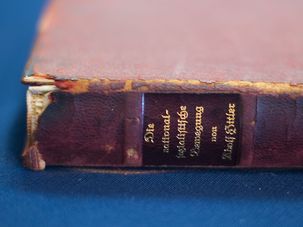 Adolf Hitler’s personal copy of his autobiography “Mein Kampf” sold at auction for more than $20,000. 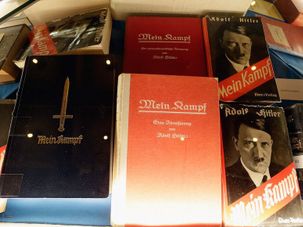 Adolf Hitler’s personal copy of his autobiography “Mein Kampf” is set to be auctioned off. 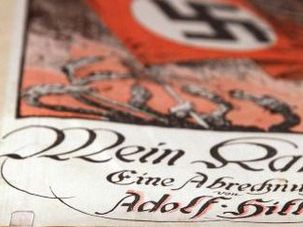 It’s going gangbusters in Germany now that its for sale there but a Brazilian publisher has decided to cancel the release of a new printing of “Mein Kampf” after strong pressure from the Jewish community and scholars. 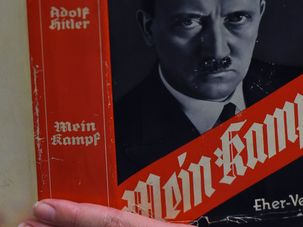 ‘Mein Kampf’ No Longer Banned in Germany — Now What?

Nazi salutes, swastikas and other Third Reich symbols have long been outlawed in Germany. But as of midnight on New Year’s Eve, Hitler’s autobiographical tome was off the list of infamous banned icons. Should we be worried? 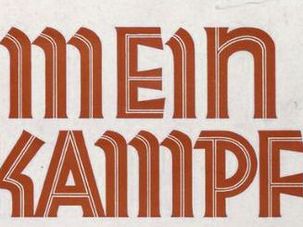 Is Hitler's 'Mein Kampf' Still Inflammatory or a Tool To Fight Hate — or Both?

For the first time since Hitler’s death, Germany is publishing the Nazi leader’s political treatise “Mein Kampf,” unleashing a highly charged row over whether the text is an inflammatory racist diatribe or a useful educational tool.

A Berlin rabbi has broken with the head of the German Jewish community over whether a new edition of “Mein Kampf” belongs in German classrooms.

Is a New Edition of 'Mein Kampf' Really Such a Bad Idea?

Now that the copyright for Hitler’s ‘Mein Kampf’ has lapsed, a French publisher wants to put out a new critical edition. Some think that’s a dangerous plan — but not Robert Zaretsky.

'Mein Kampf' Will Get Reprint Next Year in French and German

The copyright on Adolf Hitler’s “Mein Kampf” will expire at the end of this year, leaving the work open to French and German reprint editions.

Max Landaw was reading Hitler’s ‘Mein Kampf’ when the Charleston shooter struck. What can that book teach us about how not to respond to racists like Dylann Roof?

How Coke Made Hitler 'Happy'

Coca-Cola’s new ad campaign asks fans for hateful Tweets, so the company can turn them into ‘something happy.’ What happens when the Tweets are from ‘Mein Kampf’?