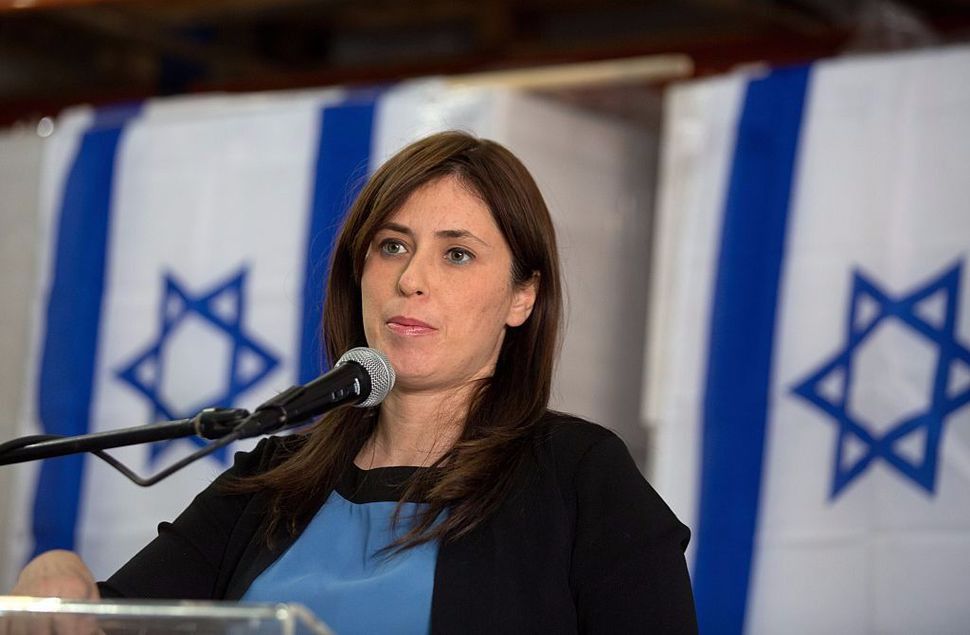 Last week, a controversy at Princeton Hillel reverberated throughout the Jewish world. Kenneset Member Tzipi Hotovely, a deputy foreign minister from the Likud party, had been slated to speak about combatting BDS and justifying Israeli settlements. Following a protest from Jewish progressive students, Princeton Hillel decided at the last minute to revoke her invitation to speak.

Princeton Hillel’s decision to cancel Hotovely’s speech opened the floodgates of establishment Jewish leaders calling for open discourse on campus. Alan Dershowitz called it “outrageous censorship.” Michael Freund said that Princeton had “forgotten the meaning of intellectual discourse.” Michael Oren even went so far as to say that sanctions should be placed on his alma matter’s Hillel. Hotovely wrote, “by canceling this lecture, you are infringing on the fundamental academic freedom of the students… decrying the abandonment of the “Jewish tradition of pursuing truth through vigorous discussion and debate, as exemplified by the sages of the Talmud.”

In the rush to condemn Princeton Hillel, a well-worn narrative emerged that completely elided the concerns of the Princeton students: that Hillel’s Israel standards are invoked only to censor progressive speakers. Lecturing from the established Jewish community only heightened the sense of unfairness and double standards that had sparked the protest at Princeton in the first place. Where were these champions of free speech when Princeton Hillel barred Breaking the Silence? Israeli filmmaker Shimon Dotan? Or feminist activist Penny Rosenwasser? And where were the condemnations, when, that same week, Hillel Ontario barred the Israeli coexistence and anti-occupation group Achvat Amim from speaking at the University of Waterloo Hillel?

To be clear, there is nothing wrong with arguing passionately for free and open discourse. In fact, Jewish students across the country, similarly outraged by censorship, founded the Open Hillel movement to promote pluralism and open discourse in their campus Jewish communities. However, if mainstream Jewish leaders truly believe that freedom of speech and open discourse are core principles in the Jewish community, then we need our leaders to be consistent in standing for those principles. It is not enough to go through the dog and pony show when a scenarios fits conveniently into the narrative of anti-free speech left-wing student protests. Just as Hotovely’s politics should be heard and debated by students, so should the many progressive voices Hillel has barred over the years.

Jewish communal leaders also need to hear the concerns of Jewish students who are frustrated by the shrinking number of spaces where the voices and perspectives of actual students can be heard. In the past seven years, Hillel has instituted the Standards of Partnership for Israel Activities, which routinely censor student initiated programs; embarked on a $22 million collaboration with Mosaic United, Naftali Bennett’s campus initiative which aims to combat “critical discourse” around Israel; and, merged with the David Project, officially fusing campus Jewish communities with Israel advocacy. These actions reflect the anxiety-driven agendas of Hillel’s donors, rather than empowering students to lead and set the agenda.

Among many students, there is an increasing sense that Hillel has turned its back on being a space for open and honest inquiry for Jewish students to explore Israel-Palestine. As Hillel’s mission shifts toward Israel advocacy and away from pluralism, intellectual and academic freedom has withered and progressive student voices are increasingly marginalized. Given this stifling of students voices, perhaps we should read the Princeton protest more as an attempt by students to re-exert a certain level of influence and moral consistency in their own Jewish community, rather than a rejection of free speech.

Young Jews are asking their communal leaders to listen to their actual concerns and consistently oppose censorship. Establishment Jewish leaders can start by calling for an end to Hillel’s Standards of Partnership, and in the meantime, speak out loudly and clearly when progressive students are censored. In doing so, they will restore their trust and integrity in the eyes of Jewish students, and will see that opposing censorship at Hillel is something that we can both agree on.

Correction, December 7, 4:00 p.m.: An earlier version of this article incorrectly identified MK Tzipi Hotovely as a member of the Jewish Home Party. She is, in fact, a member of Likud.

Yosef Kessler is a Junior at Macaulay Honors at Hunter College and serves as the Campus Outreach Coordinator for Open Hillel. He is also the president of Visions for Israel in an Evolving World at Hunter College.