Scribe | The New York Times tried to erase Hannukah – a holiday that’s all about Jewish pride. 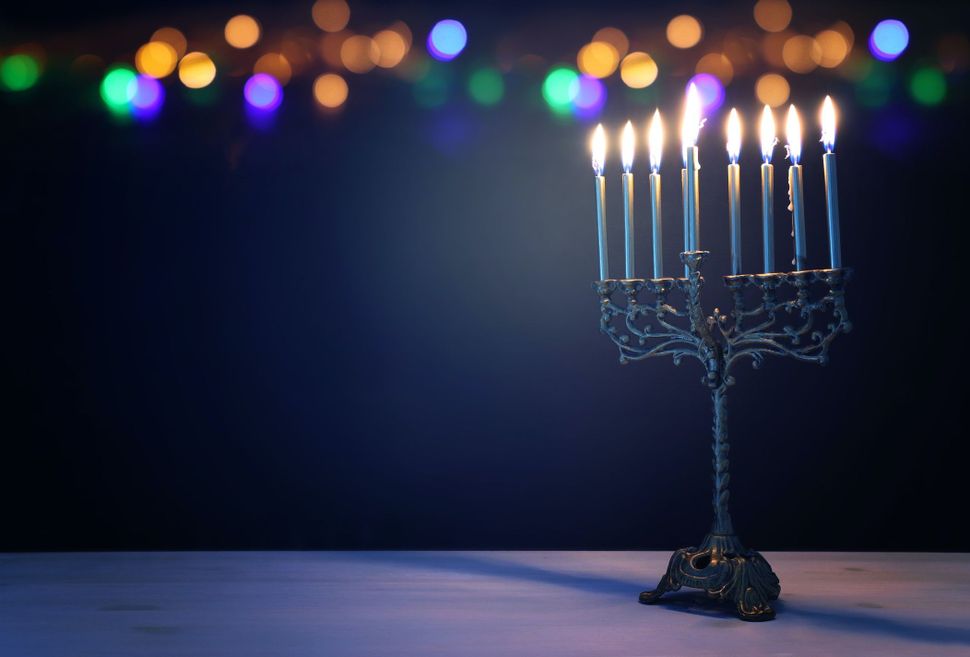 Earlier this week, The New York Times ran an article called “Saying Goodbye to Hannukah.” In it, a writer who does not identify as Jewish explained her decision to “discontinue” her Hannukah practices. The piece disappointed many in the Jewish world, including myself, not least because Hannukah is not just any holiday; it is the holiday that celebrates our connection to Judaism.

After all, Hannukah is not just about lighting candles and giving presents. It’s a holiday rooted in the desire Jews have to reconnect to their Jewish past, or a sense of pride in the triumph of our people. An honest encounter with Hannukah forces modern Jews to confront basic aspects of Jewish belief: How do we connect with Hannukah if we doubt the premise of the Hannukah story?

A core message we need to convey in our times is that Hannukah is a deep spiritual experience, not just an opportunity for gifts and latkes. It’s an opportunity to reflect on our personal beliefs. And through reflection, we can discover a renewed spiritual connection.

Our Sages asked a basic question: “What is Hannukah?” The Talmud responds by recounting a well-known miracle: In the days of the Hasmoneans, Greek forces overtook the Temple. When the Jews were victorious, they found but one flask of pure oil with the seal of the High Priest. A miracle occurred and the oil burned for eight days. In response, our rabbis established Hannukah, eight days of “praise and thanksgiving.”

But the Hannukah liturgy offers a slightly different angle on the holiday. In the Siddur (prayer book), we recite “Al HaNissim,” which recounts a different miracle: the victory of the small Maccabees over the mighty Greek Assyrians.

When we consider these two miracles, it is the military battle that seems to be the essential story. This was this victory that led to the continuation of Jewish beliefs and the rededication of the Temple. The burning of the oil was of less consequence.

Why, then, is the holiday built around the menorah?

The Maharal of Prague, a famed 16th century rabbi, suggests that while the battle was the main historic event, the miracle of the oil was central in a different way. The oil pointed directly to Jewish belief in God. As the oil emphasizes, the victory in war could not be attributed solely to Jewish military ingenuity, or home court advantage; it was, rather, due to divine providence.

When we light the menorah, we affirm Jewish belief. We point to a deeper and ultimate cause. Hannukah is an ideal time to ask ourselves how we can connect with this holiday even if we question the Jewish beliefs it is built upon.

The Jewish people gave the world the gift of monotheism. Judaism offers a spiritual framework where, even amid challenges, the world is not dark. There are always opportunities for praise and thanksgiving. Hannukah is one of those times. It is a deeply spiritual time of glowing light.

One of the most inspiring moments in our local Shul takes place each year at the Hannukah party. Jews from every walk of life gather together as we light the menorah and sing the stanzas of Maoz Tzur. As I behold a thriving and diverse Jewish community, I am moved by miracle of Jewish survival.

It’s a miracle that shined in the days of the Maccabees—and in ours.

Ken Brodkin is the rabbi of Congregation Kesser Israel in Portland OR, and he is the host of the weekly Torah Journey Podcast. Find him on Twitter (@rabbikenbrodkin).

Scribe | The New York Times tried to erase Hannukah – a holiday that’s all about Jewish pride.