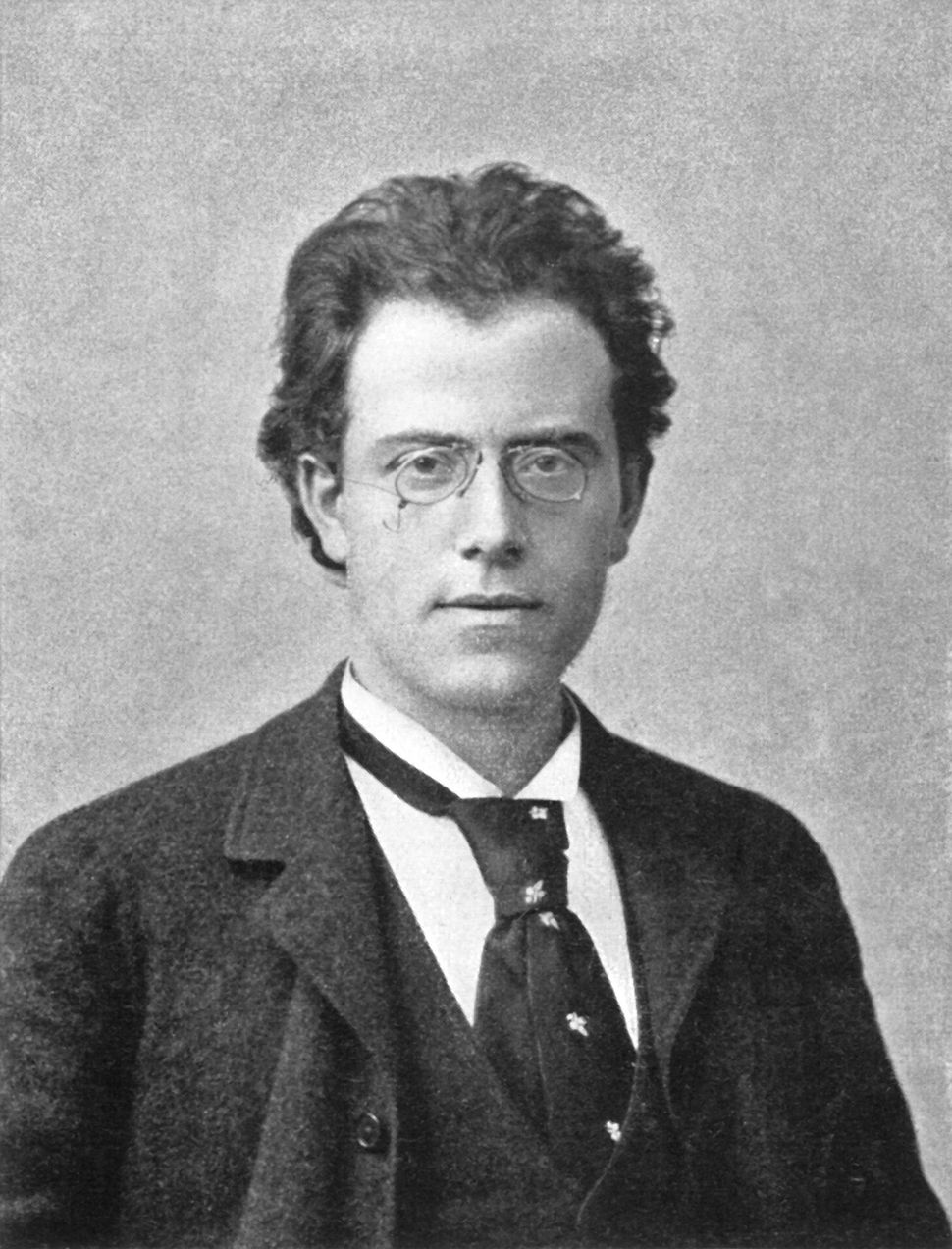 This article originally appeared in the August 23, 2002 edition of the Forward. We are reprinting it today in honor of the 150th anniversary of Gustav Mahler’s birth.

As a small ensemble of Viennese musicians, along with his own daughter Andrea, played examples of Jewish folk music and Judenpolkas, Philip Bohlman, associate professor in the Department of Music at the University of Chicago, posed a riddle for his audience. “Do we hear a klezmer band in the First Symphony?” he asked.

Bohlman’s question cut to the heart of a debate last weekend over the influences and identity of Gustav Mahler, the Late Romantic composer who became one of the better-known converts from Judaism to Christianity. Mahler was the subject of a conference and festival, “Mahler and His World,” held over the last two weekends at Bard College in Annandale on Hudson, N.Y.

Among the various concerts, films and symposia offered during the conference, an August 17 panel titled “Mahler and the Jewish Question” was among the most heavily attended. It came between performances of the Sixth (“Tragic”) Symphony on Friday night and the towering Symphony of a Thousand (No. 8 ) on Sunday.

Bohlman said that he would find it “remarkable” if Jewish musical themes were “entirely unremarked by Mahler when he encountered his own musical world.” Bohlman quoted Max Brod, the Czech musicologist and great friend to Franz Kafka, who argued that the most German aspect of Mahler’s music, the march, was really the most Jewish. Brod claimed that the existence of Jewish folk melodies in Mahler’s music was made possible by the composer’s “Jewish soul.”

Bohlman told of coming across a lexicon published in Berlin in 1935 that, in one entry, defined Mahler as “the prototype of a Jewish musician” and, in the very next entry, described his childhood neighborhood of Iglau as the oldest Ashkenazi community in Moravia. He said that Mahler utilized the vernacular, well-known poems and melodies of the time, such as “Des Knaben Wunderhorn,” a collection of German poems from the 19th century, to form the basis for one his song cycles. In particular, Bohlman discussed “Die Juden,” a poem about a Jewish woman who falls in love with a non-Jew. She leaves her family and, after refusing to convert, commits suicide.

Bohlman also told two chasidic stories about a rabbi from Mahler’s native Moravia who was able to navigate his way down the flooding Danube River to Vienna by singing Az Yashir, Moses’ victory song at the Red Sea, on his way to convincing the Kaiser to reverse a decree against the Jews. Such stories concerning the miraculous abilities of Jewish music must have been known to Mahler, Bohlman said.

Mahler, who died in 1911 at the age of 51, only achieved worldwide admiration and fame 50 years after his death. It is perhaps ironic that it was a Jew, Leonard Bernstein, who restored him to the pantheon of composers. Many view Mahler’s conversion to Roman Catholicism in 1897 as an act of pure opportunism; indeed Mahler could not have gotten the prized appointment to the Vienna Court Opera as a Jew.

Stuart Feder, a Mahler biographer who chaired the panel, said that it was documented that Mahler’s great-grandfather was a kosher slaughterer. Gustav was circumcised according to Jewish law and his father, Bernard, was one of the founders of the synagogue in Iglau. Like Bohlman, Feder saw definite Jewish influences in Mahler’s work. In the Second Symphony, “The Resurrection,” Mahler uses texts reminiscent of the Yom Kippur prayer Unetaneh tokef in which the decree on Judgment Day is announced by “a still small voice.” Feder referred to it as the Jewish “Dies Irae,” the medieval Latin hymn describing Judgment Day. In addition, he cited a moment when the brass section alternates between fourths and fifths as an evocation of shofar blasts, and called the Second Symphony “Mahler’s idiosyncratic scene of resurrection with both Jewish and Christian elements.”

Another member of the panel, Charles Maier, a historian at Harvard, was not convinced that Mahler’s conversion was completely opportunistic. Roman Catholicism represented tradition and baroque orthodoxy, both of which also attracted Mahler. Maier made mention of Mahler’s interest in Frederick Nietzsche — a section of “Also Spracht Zarathustra” is in his Third Symphony — and Orientalism — the symphonic song cycle “Das Lied Von Der Erde” is based on ancient Chinese texts — as examples of Mahler’s love of doctrines. Given his fascination with Oriental and Nietzschean notions of resurrection and eternity, it isn’t surprising that Christianity, which is about nothing if not resurrection, attracted him. For the obsessively death-fearing Mahler, Maier said, Roman Catholicism was yet “another way to contextualize himself.”

During a question-and-answer session, one woman took offense at a comment, made by a fellow concert-goer, that Mahler’s music could only have been written by a Jew. One of the panelists pointed out that in fact the bulk of Mahler’s oeuvre was technically written when he was a gentile.

Perhaps the most satisfying answer to the question of Mahler’s Yiddishkayt was to be found in the festival’s companion volume, edited by Karen Painter. In a chapter titled “Mahler’s Jewish Parable,” Talia Pecker Berio writes: “Assimilation was at its peak but already threatened by strong antisemitic undercurrents from which… [Mahler] suffered directly. His conversion to Catholicism did not assure him the hoped-for protection; his Judaism was too residual to offer him the comfort of belonging.”

In a letter to Ludwig Karpath, Mahler wrote about his conversion: “I do not hide the truth from you when I say that this action which I took from an instinct of self-preservation and which I was fully disposed to take cost me a great deal.” While the panel never made explicit what the downside was for Mahler, it is not hard to imagine that the act of denouncing a part of himself, especially for someone as unabashedly sentimental as Mahler, haunted him all his life.

A.J. Goldmann is an arts writer based in Berlin. His most recent article for the Forward was about the Passion Play in Oberammergau.