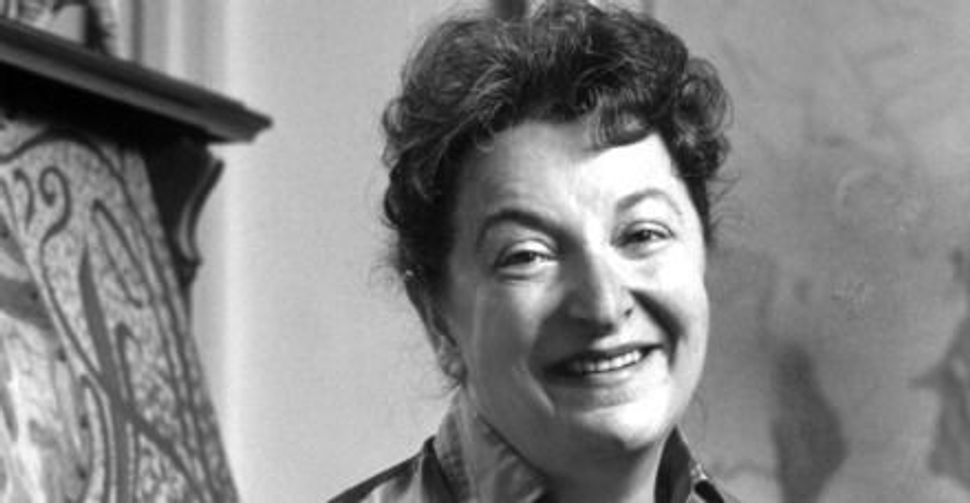 Can anyone love a professional critic? Perhaps not, but film critic Pauline Kael, who died on September 3, 2001, is receiving a stream of new tributes. The 10th anniversary of her demise was commemorated by three books that treat her life and work with awe, and sometimes with shock. 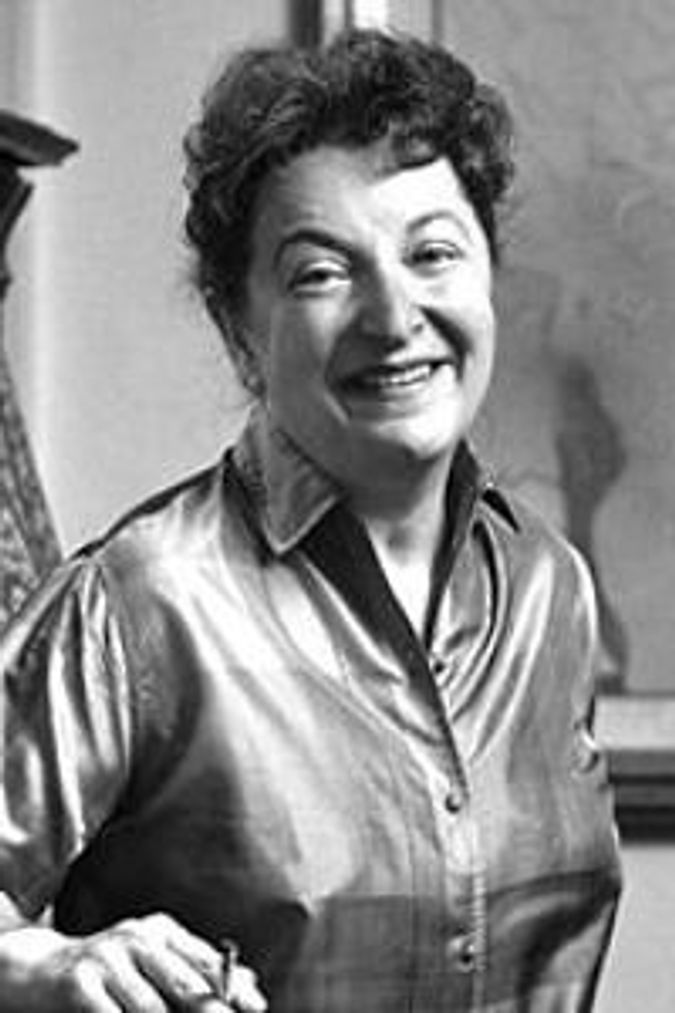 A Decade Later: Ten years after her death, film critic Pauline Kael?s life and career are the subject of several new books. Image by getty images

“The Age of Movies: Selected Writings of Pauline Kael” which was compiled by Sanford Schwartz and released from Library of America on October 27, offers a solid selection of articles that convey Kael’s flavorful personality, expressing what she loved and loathed. On the same day, Viking published “Pauline Kael: A Life in the Dark,” a biography by Brian Kellow that followed on the heels of Doubleday’s telling, if self-aggrandizing, “Lucking Out: My Life Getting Down and Semi-Dirty in Seventies New York.” The memoir is written by a onetime Kael friend, journalist James Wolcott, and Kael is a key character, helping him and rejecting him in turn.

Kael was a whip-smart, highly opinionated person who expressed her views in enticingly conversational prose in The New Yorker. To “make sure that it ‘played,’” she would read each article aloud to friends and editors prepublication, as Wolcott describes. Unlike America’s two other transcendent film critics, James Agee (who was a poet and screenwriter) and painter Manny Farber, both of whom Kael admired, her life was almost single-mindedly devoted to criticism. Her sometimes maddeningly willful opinions, breathlessly shared with readers, are reminiscent not of any other film critic, but rather of a cross between a wisecracking Dorothy Parker and the 19th-century French literary critic Charles-Augustin Sainte-Beuve. Like Sainte-Beuve, Kael enraged some and was ridiculed by others, but she was nevertheless a writer of real talent. Some of today’s stable of salaried film critics started out as gushing but pale imitators of Kael and became competent journalists, if rarely anything more. Beyond the wholly temporal, if journalistically valid, question of whether a new film is worth its ticket price, Kael addressed a rarer, more lasting question: Can any permanent meaning be derived from watching it?

Part of the difference between what was expected from movie reviewers and what Kael delivered was her ability to communicate her passion for film, and not just in the innuendo-laden titles of her still-readable collections of essays such as “Kiss Kiss Bang Bang” and “I Lost It at the Movies.” Kellow quotes one Kael friend, who states that in terms of film, “her engagement was libidinal.” Kael was also inspired in a complex way by her Jewish roots, as Ben Siegel notes in “Daughters of Valor: Contemporary Jewish American Women Writers,” from University of Delaware Press: “If to be Jewish is to be ill at ease either in or out of Zion, then it might be asserted that no movie critic (not even Manny Farber) can ever have been more explicit in print about his Jewishness than Pauline Kael.”

She was born in Petaluma, Calif., to Judith Yetta Friedman and Isaac Kael from Pruszków, in central Poland. They were immigrants who reached Manhattan’s Hester Street, only to flee to the West Coast to become chicken farmers, following career advice printed in the Forverts, as Kellow notes. Kael’s father was happy-go-lucky until the Great Depression hit, whereas her mother’s affections, according to one relative, “radiated at about 2 degrees above absolute zero.” In adulthood, Kael relished the celebratory aspects of Judaism, adoring such buoyant comedians as The Ritz Brothers and Mel Brooks, while resisting anything linked to Jewish ritual or observance.

Her quirky personal approach to Judaism, her likes and dislikes, led to misunderstandings, but Kael’s engagement with her Yiddishkeit cannot be doubted. She defended Jews when few even perceived any attack. In “Conversations With Pauline Kael,” from the University Press of Mississippi, Kael surprisingly saw “ethnic prejudice” in the 1976 film “All the President’s Men,” in which “[goyish] Robert Redford was always the one saying to the witnesses they were trying to get to talk, ‘You don’t have to talk to us if you don’t want to,’ and the Jewish one [Dustin Hoffman as Carl Bernstein] was always pushing and tricking them.”

Readers of Kael’s “5001 Nights at the Movies,” from Holt, will recall how she relished the 1968 Sidney Lumet comedy “Bye Bye Braverman” as a “movie on the highly specialized subject of the comic failure of New York Jewish intellectuals.” Yet Kael also observes, “Jewish actors playing Jews have a tendency to overdo it, as if they thought they might be taken for gentiles if they behaved normally, and Lumet appears to have encouraged this.”

This moot point sparked ire when it was extended to a 1971 film Kael otherwise enjoyed, “Fiddler on the Roof.” Kael was annoyed by Yiddish theater legend Molly Picon’s performance as Yente the Matchmaker, proclaiming in “For Keeps: 30 Years at the Movies” that Picon “carries on like a stage Jew, with a comic accent. Why do Jewish performers like Molly Picon have to overdo being Jewish when they play Jews?” Of course, Picon’s broad style of acting was likely due to her lengthy stage experience and not to her Judaism per se. Picon herself, in her autobiography, “Molly!,” took Kael’s pan with equanimity, simply noting it and commenting, “Now you know why an audience should make up its own mind!”

A chapter by critic Ed Sikov from the 2001 book “Citizen Sarris, American Film Critic: Essays in Honor of Andrew Sarris” attacked Kael in return. “The bile aimed at Molly Picon,” Sikov wrote, “is predictable, since Picon’s enormous popularity in the Yiddish theater, frequented as it was by uneducated immigrants who didn’t care if they were being ‘too Jewish’ for the gentiles, makes her a safe target for ridicule and scorn in the pages of The New Yorker.”

This criticism of Kael betrays ignorance of her own immigrant family background. Kael’s sometimes harsh-seeming attitudes about Jews and other subjects were based on life experience, not merely on above-it-all prejudice. Similarly, Kael ran up against howls of outrage that only last year inspired Richard Brody in The New Yorker to explicitly decry Kael’s “grotesque… misunderstandings” of Claude Lanzmann’s 1985 film “Shoah.”

Despite its notoriety, Kael’s “Shoah” review is omitted from “The Age of Movies,” although it remains an interesting take on the film as a film. Kael as critic reserved the right to like or dislike a film independently of its subject. She praised “Fiddler on the Roof” for “[treating] the Jews as an oppressed people — no better, no worse than others,” which she saw as a “sensible attitude.” She selectively praised films by such directors as Paul Mazursky, Woody Allen, and Barbra Streisand (“Yentl” was a special favorite). Lanzmann, by contrast, lacks nuance, opting for sledgehammer effect over artistry, and even the most devout admirer of “Shoah” can hardly claim it is strong on subtlety. “The Age of Movies” does contain a rave review of Marcel Ophul’s 1969 “The Sorrow and the Pity,” a film with many voices and approaches to the same period of historical tragedy. Kael was possibly right: “Sorrow and the Pity” may indeed be a better-made film than “Shoah,” strictly as a film and not in terms of content, and the Library of America should have made her essay available again. For now, used copies of the out-of-print “Hooked: Film Writings 1985–1988” with the “Shoah” review can still be found online.

Admittedly, sometimes Kael’s sharpest-tongue-in-the-class persona can grate, as in her “5001 Nights at the Movies Review” of “The Poseidon Adventure,” which meanly slates Shelley Winters as “so enormously fat she goes way beyond the intention to create a warm, sympathetic Jewish character. It’s like having a whale tell you you should love her because she’s Jewish.” Kael’s prose can certainly be offensive at times, but it always remains lively and is in places endearingly human, which is why it lasts and is still highly readable today. Examples of arts criticism that survive for generations, even after the subject addressed is no longer of primary interest, are rare indeed. But, to a handful of exceptions including the works of Sainte-Beuve and George Bernard Shaw, we need to add the incandescent writing of Pauline Kael.