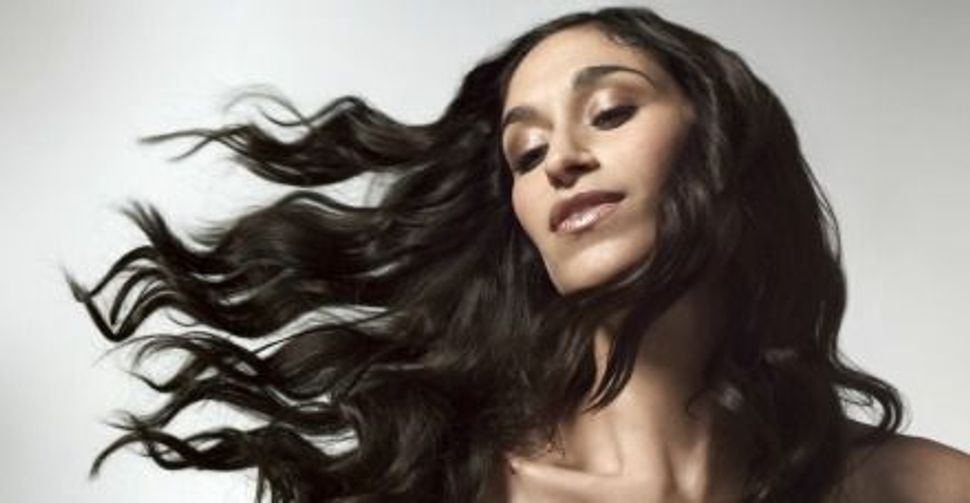 Image by courtesy of sarah aroeste 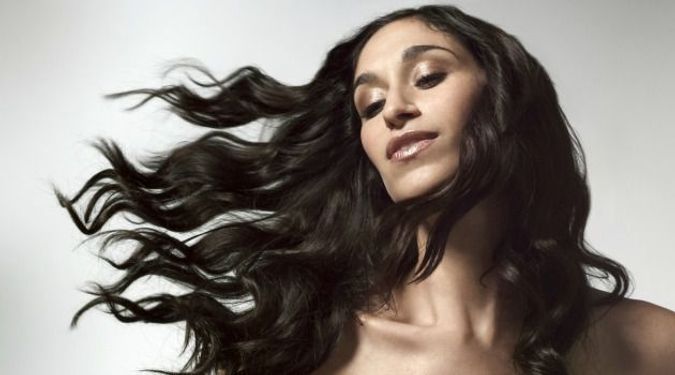 On July 9, amid rainwater cracks in limestone rock, charcoal ibex painted by prehistoric man and discarded artifacts from Victorian-era picnics, a loose collective of Jewish women will sing songs of the Sephardic Diaspora.

Vocalists Sarah Aroeste, Mor Karbasi and Françoise Atlan will perform at the inaugural Gibraltar World Music Festival in the time-formed Cueva de San Miguel, or Saint Michael’s Cave, a labyrinth of limestone caverns in the Rock of Gibraltar. They will be joined by the band Ofir, and are billed together as the Sephardic Divas. Such a performance would have been unimaginable only a decade ago. Back then, Aroeste remembers, Ladino music, also known as Judeo-Spanish music, was just a shadow of a spirited klezmer scene packing venues throughout New York.

“I saw these klezmer musicians, and I was so jealous of them,” related Aroeste, now 36. At that time, in 2003, she was just wrapping up her debut album, a set of traditional Sephardic standards titled “A La Una.” Since then, the Ladino community has exploded. Its growth has largely been due to the Internet, which has connected musicians like Aroeste to other artists and fans, taking small communities and forging them into a global movement.

“I don’t believe any of us have ever met,” Aroeste said of her soon-to-be co-performers in Gibraltar. “We’re all in different countries.” Their home bases include the United States (Aroeste), France (Atlan) and Spain (Karbasi). Yan Delgado, whose organization, Sephardic Stories, is putting together the festival, is from Casablanca but now lives in Gibraltar. Other artists, like Yasmin Levy, whose father, Yitzchak Levy, was the director of the Judeo-Spanish department in the Israeli broadcasting service Kol Israel, reside and perform in Israel. Sefiroth, a 10-piece minimalist band that deploys stripped-down interpretations of classical Sephardic songs, comes from England. The band released two EPs, “Arboles Iloran por Iluvia” (“Trees Cry for Rain”) and “Abre Tu Puerta Serrada” (“Open Your Closed Door”) in February.

The story of artists working to keep their historic culture relevant and fresh is a familiar one, but in the case of Ladino, it has a few unusual wrinkles. To start, the dispersed state of Ladino music is rooted in its very inception. Ladino refers both to the assorted dialects of the Spanish Jewish exiles who were forced to flee Spain in the 15th century and to their musical traditions. As such, there is not one Ladino culture, but a Diaspora filled with them, from the Balkans to Turkey to the Middle East and North Africa.

Practitioners of Ladino music reflect this eclecticism. Aroeste traces her ancestors back to Greece’s Macedonia and to the country’s once vibrant community of Salonica, which was almost completely obliterated in the Holocaust. “Honestly, it’s the most typical immigrant story,” Aroeste told me over the phone in early May, from her home on Manhattan’s Upper West Side. Her family fled to the United States during the Balkan Wars, in the 1910s.

“I knew my family was different from other Jewish families, so I made it my mission to teach myself as much as I could about my Sephardic tradition,” Aroeste explained. That mission took her to the Israel Vocal Arts Institute in 1997, where she studied with Nico Castel, author of two classic Ladino songbooks. In between opera lessons, they went through the Ladino repertoire together. Today, Aroeste performs and occasionally gives workshops on such topics as “Women and Sensuality in Sephardic Music” at local synagogues and at Jewish community center events. For the past two years, she has focused on songwriting and recording.

While Ladino music is part of an ethnic folk tradition and is still performed at weddings and community events, it has also become a serious subject of academic inquiry and, for artists like Aroeste, a bit of both. These exchanges between popular and academic studies of Ladino culture complicate notions of what is, or isn’t, authentic.

“In Judeo-Spanish song, it is particularly difficult to figure out where ‘outsider’ ends and ‘insider’ begins,” Judith Cohen wrote in a 1993 article in Bridges: A Jewish Feminist Journal. Cohen, an ethnomusicologist at Toronto’s York University who specializes in Ladino music, points out that some Ladino performers are gentiles, while others, like herself and her daughter, Tamar, with whom she released an album, “Sefarad en Diáspora,” in 2006, are Ashkenazi Jews.

Even artists like Aroeste, who come from ethnic Sephardi backgrounds, may not have heard Ladino spoken in their homes and had to discover the language and music later in life. Only about 100,000 people around the world still speak Ladino, and they are concentrated mostly in Israel.

Notably, while there are a few male artists, the public faces of the Ladino revival today are female. “There are a lot of young, pretty women out there right now,” Aroeste said, explaining their particular visibility in Ladino music. “We’re dark haired, we’re exotic.” Aroeste’s music is specifically concerned with the role of women in Ladino and mainstream culture. The opening track of her new album, “Gracia,” samples Gloria Steinem, and poet Vanessa Hidary, aka the Hebrew Mamita, raps throughout. The album itself is named after Dona Gracia Mendes Nasi, a 15th-century Jewish woman who developed a sort of underground railroad for conversos, Jews who converted to Catholicism to flee the Inquisition.

Ljuba Davis, who has been performing Ladino music since 1969 and just released her first album, “East and West,” agrees with Aroeste. “I think women relate to it more, but I’m not sure why,” Davis said. She recalls flipping through Sephardic catalogs at music stores and finding a predominance of women artists. “Maybe women are just more sensitive to this kind of emotional music,” she said.

Davis, a Ladino pioneer, performed folk protest music in coffee shops and campuses throughout Boston, Chicago and California’s Bay area in the 1960s and ’70s. When she moved to Berkeley in 1969, she started researching the Ladino canon and soon began performing it almost exclusively. “It was this music that had to do with my family’s oral tradition and heritage,” she said. “I had to learn it.”

Singing traditional songs as a woman creates its own set of issues. Davis released “East and West” as a double album. One disc has her vocals on it, while the other is just male vocals and instrumental tracks. Though she isn’t Orthodox herself, Davis wanted her music to reach as large an audience as possible, including Orthodox men who won’t listen to kol isha, or women singing.

Aroeste has had her own kol isha concerns. When she first started playing Ladino music, she got a call from a synagogue asking her to perform. Their only stipulation was that someone else sing her music. She declined. “I laughed,” she said. “I thought that was funny, because my music is me. It’s my voice.”

For all its novel characteristics, it’s change, more than anything else, that defines the Ladino revival. It’s an unmoored and eclectic musical movement that has been displaced geographically many times over, absorbing the languages and music of Jewish communities throughout the world. By accommodating a plethora of traditions that cross geographic, ethnic and musical borders, Ladino guarantees its survival. In the hands of artists sorting out their own narratives, it allows them to tell a generous story of inclusion.

Mordechai Shinefield has written about music for Spin magazine, Rolling Stone and the Village Voice.