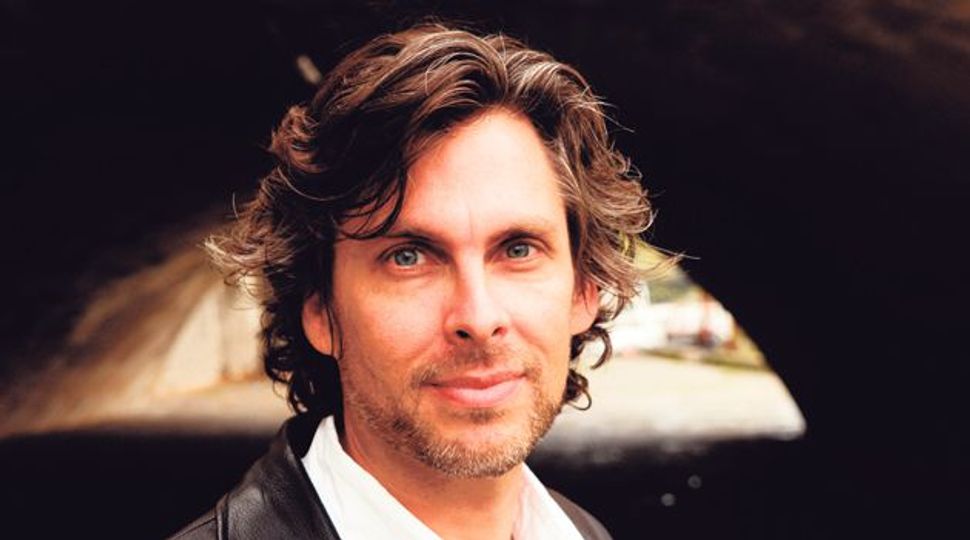 It’s like Anton Chekhov said about a pistol appearing in the first act: If a hugely pregnant woman appears in the opening pages, you just know the water will break before you reach the end. That inevitability forms the through-line or engine, the great humming machine that drives Michael Chabon’s new book, “Telegraph Avenue.” The cover line defines it as “a novel,” but a more accurate subhead might call it, “The crazy stuff a chick gets into during her third trimester.”

Set in the summer of 2004, the book tracks various crises unfolding in the lives of two couples: the Jaffes, who are that shade of white known as Jewish, and the Stallings, who are that shade of dark known as funky. More than friends, these couples, who, in their dealings, stand for the tortured, rivalrous relationship between Jews and blacks, are associates, partners. Aviva Roth-Jaffe is in the midwife or “baby-catching” business with Gwen Shanks (Stallings). Gwen once imagined helping the poor single mothers of Oakland, Calif., but instead she has found herself servicing would-be earth mothers of the hippy set in Berkeley.

Meanwhile, the used record store co-owned by Nat Jaffe and Archy Stallings is failing, another sad victim of the drive to turn everything flesh and blood into virtual, cloud-dwelling approximations. The store, built in the ruins of a barbershop on Telegraph Avenue, is called Brokeland, named for a not-quite-neighborhood, a borderland — “the ragged fault where the urban plates of Berkeley and Oakland subducted.” The name of the shop suggests the state of the world and the mentality of its most sensitive inhabitants. “His broken old car, his broke barbershop full of old broken records, and the broken-down two-tone double town of Brokeland: That was the inventory of [Nat’s] life.”

Since this is a book concerned with music and with collecting and cataloging the names of old singers, labels and songs, two particular songs kept coming to mind: Bob Dylan’s “Everything Is Broken” (“Broken bottles, broken plates / broken switches, broken gates / Broken dishes, broken parts / Streets are filled with broken hearts”) and Leonard Cohen’s “Anthem” (“Ring the bells that still can ring / Forget your perfect offering/ There is a crack, a crack in everything / That’s how the light gets in.”)

In this book, Chabon’s characters perform in the manner of kabbalists determined to gather the pieces of the world scattered in the disaster that launched time: “… we are living in the aftermath. All’s we got is a lot of broken pieces. And you been picking those pieces up, and dusting them off, and keeping them nice and clean….” Those words are spoken by Gibson Goode, Chabon’s version of a Bond villain. A National Football League quarterback-turned-mogul, Goode, who floats above Oakland in a Zeppelin, plans to open a megastore that will finally end Brokeland.

Of course, more than a store is at stake: Brokeland is a way of life, a place to hang out, pontificate, theorize, listen — to yourself, to each other, but mostly to music. “… Nat Jaffe and our kind of people, we already got a church,” Archy tells Goode. “… And that church is the church of Vinyl.” This makes the protagonists less merchants than ministers, clerics at the end of days, exhausted in the way of a Graham Greene priest in a nation run by Communists.

“[Nat] was tired of Brokeland, and of black people, and of white people, and of all their schemes and grudges, their frontings, hustles, and corruptions,” Chabon writes. “Most of all, he was tired of being a holdout, a sole survivor, the last coconut hanging on the last palm tree on the last little atoll in the path of the great wave of late modern capitalism, waiting to be hammered flat.”

It’s hard to summarize the plot of this book, as it’s one of those rare gems that seem to include an entire world. Its back-story is everything that ever happened to you, all those afternoons watching reruns on TV, the terrible need you felt to understand and be cool, the compromises you made after college. It features a faded Blaxploitation star (Luther Stallings, Archy’s father), along with his smokin’ sidekick, Valetta Moore (tag line: “Stay fly”); ditto Huey Newton and the Panthers, Oakland before the riots, the putrid uniforms of the A’s, a lost child, an inquest, a parrot that talks, a jazzed up funeral and a forgotten crime, the secret of which may hold the key to everything. Even Barack Obama turns up at a party, where he listens to Archy and Nat play in a band.

In blessing Archy, Obama, whose mixed parentage suggests an ideal, gives the book its coda. “… traveling around, campaigning, at home, around the country, I have seen a lot of people, met a lot of people,” the future president tells Gwen. “The lucky ones are the people like your husband there. The ones who find work that means something to them. That they can really put their heart into, however foolish it might look to other people.”

Of course, the book is more than its plot. The real subject is language, style, which is where Chabon proves equal to any of the old vinyl masters. The clearest sense of the writer — you catch his image as, looking at a photo, you might spot the photographer reflected in a store window — comes via metaphors. These offer hints of the artist’s obsessions, particularly science fiction and superheroes, suggesting that the struggle at the center of Telegraph Avenue — society’s demand that a person grow up and get real — echoes a struggle of Chabon’s own. In these pages, Chabon writes of a man, “steeled by a lifetime of training in the arts of repression, like Spock battling the septenary mating madness of the pon farr,” and condemns a character for “ignoring his Spidey sense.” When Gwen drops to the ground, “Archy sank with her, the Man of Steel dragged along by the plummeting train.” (This for a lagniappe: “head shaved clean as a porn star’s testicle.”)

The book is forever reaching back to the days of childhood comics, 45s, golden afternoons when America seemed to groove to one sound. “… hearing Jimi Hendrix, hearing Sly Stone. Not just white boys playing black music, like always, or even black dudes playing in a white style, but really, like, this moment, this one moment, lasted four, five years, when the styles and the players were mixing it all up.”

But in the end, time breaks everything, and you learn to live without or you suffer — that’s the sad truth that lingers on every page of this melancholy epic. “The little boy had wandered away from his mother, tacking across the grass toward the play structure,” Chabon writes. “His mother watched him go, proud, tickled, unaware that every time they toddled away from you, they came back a little different, ten seconds older and nearer to the day when they left you for good.”

Rich Cohen is the author of “The Fish That Ate the Whale: The Life and Times of America’s Banana King.”