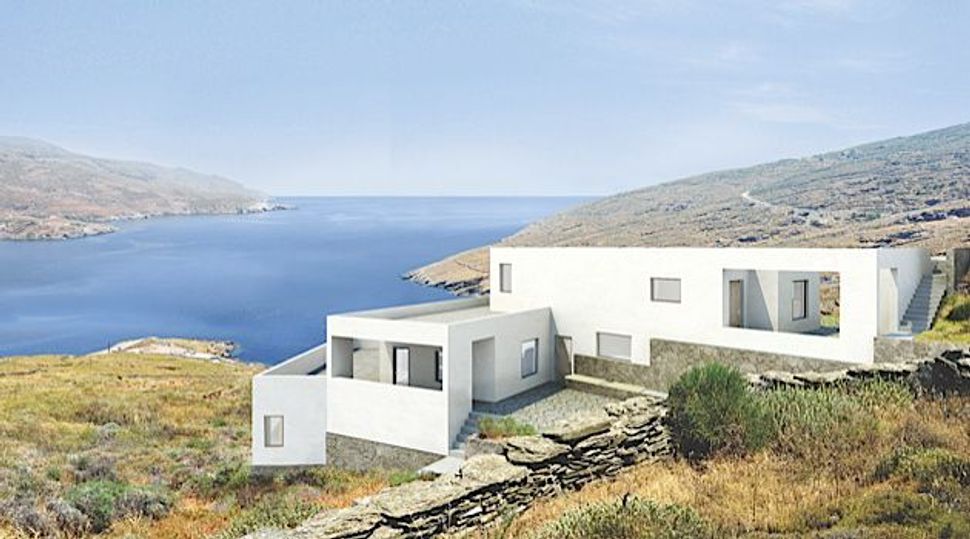 In the coming days, after contracts have been duly signed, architect Rafi Segal will be formally declared the winner of an international competition to design a new National Library of Israel in Jerusalem, near the Knesset and the Israel Museum. Segal, who was born in Tel Aviv in 1967, is contractually unable to speak in detail about the new project. Nevertheless, he spoke to the Forward from his home in Princeton, N.J., and discussed how he defines his role as architect and how he sees the future of building in Israel.

Segal is a bespectacled intellectual with an Ivy League air — which is only natural, since his recent jobs have included teaching at the Harvard Graduate School of Design. Luis Fernández-Galiano, a noted Spanish architect and the competition jury chair, praised Segal’s project for creating a “positive dialogue with the Knesset, the Israel Museum and other public buildings in the vicinity. We found it to be modest, yet original and unique.” Is modesty seen as a virtue in modern architecture? What about the egotist Frank Lloyd Wright or the splashy Frank Gehry?

‘In our age,” said Segal, “modesty in architecture specifically can be seen as a virtue, if one can make a statement and the work is interesting enough. Many of Wright’s buildings were modest, although he wasn’t as a person. A modest building is one which sits well in its context, a building that appreciates where it is and doesn’t want to overpower its setting. Some of Frank Gehry’s work does this, as well. In our time, when a lot of the work we see is based on a very bold image or expression in order to get attention as quickly as possible with the least possible effort, then modesty in architecture becomes even more valuable and appreciated.”

Segal carries this unassertively self-abnegating ethic so far that he claims it was not even his own idea as a boy to become an architect. Instead he credits his father, a lawyer, with coming up with the notion: “After I started studying architecture, then I realized I had it in me all that time, but it wasn’t something I arrived at by myself. Afterwards, looking back, there was something there, coming up with creative arrangement solutions, even if it was only furniture around the house, and from an early age drawing in three dimensions.”

On Segal’s professional website, he describes how he applied such solutions to groundbreaking earlier projects, including the Palmach History Museum (Tel Aviv, 1992–1999), which was co-designed with Zvi Hecker and was “not a building, in the conventional sense.”

According to Segal, his tribute to the elite fighting force of the Haganah, the underground army of the Yishuv, or Jewish community, during the British Mandate period, is “rather a sequence of retaining walls, wrapped around a central courtyard and its existing eucalyptus and pine trees.” How did he manage to co-design a museum that is not a building? “It is a building, of course; every building is a building,” Segal said. “The intention in that statement is that it does not try to appear as a conventional museum, a building that stands alone on its site, and instead appears as a series of walls and terraces, a totally different reading than a building which sits on its site. It relates much more to the existing vegetation, the trees, with open space as the heart of the building.”

To preserve its natural setting, much of the Palmach History Museum was designed underground. Does that placement also contain a metaphor for an underground army? “We really didn’t think about that when we designed the building, but it’s interesting that you mention it,” Segal said. “We were thinking practically, since the exhibit doesn’t need natural light, and to preserve as much space as possible above ground, we put most of the building underground, but it’s certainly interesting when most of a building dedicated to an underground organization is itself underground.”

Another Segal project, for an IDF Memorial Museum on Mount Eitan, Jerusalem, placed second in a 1996 competition, so it was not built. But this plan, too, was conceived as grippingly close to nature, emerging from the mountain as a part of the landscape. Was the building’s closeness to the land meant to evoke a sense of security? “Well, I am not sure security is the right term to use,” said Segal. “But in Israel around the Jerusalem hills the IDF Museum is a memorial, so we wanted to avoid the appearance of a building that tries to conquer the hill, and so we chose not to build on the top of the hill, but rather within the hill.

For Segal, meaning in architecture has been illuminated by the exemplary precedent of his colleague Hecker, an Israeli born in Poland in 1931. Hecker’s mastery of asymmetric geometric forms has won him plaudits. Another much admired predecessor is the Czech-born Alfred Neumann (1900–68), who worked with Hecker to introduce polyhedral geometries to buildings in Israel when plainer, boxlike designs were in fashion. 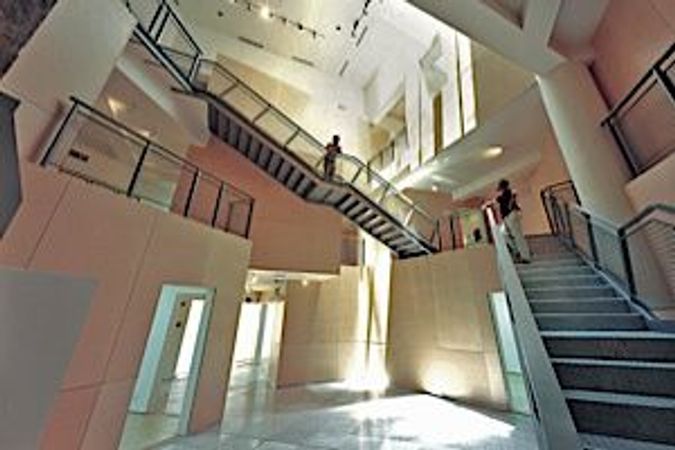 Segal wrote a doctoral thesis at Princeton about Neumann’s innovative achievements. This legacy of modern architecture will be more accessible to Segal when he spends more time in Israel for planning and constructing his library. Asked about his favorite neighborhoods of Jerusalem and Tel Aviv, Segal replied: “Most of Tel Aviv’s central section feels like one neighborhood. Tel Aviv is more one neighborhood than a big city. It has a human scale, with almost every street lined with trees and very welcoming to the pedestrian. Jerusalem is heavier, more monumental, with its stone and hills and history. Tel Aviv’s flatness allows a different kind of interaction between people. It has no monuments; it’s a very secular city in many ways.”

Which of the two cities has the uglier architecture?

“Jerusalem is a very powerful city, and although a lot of its architecture is awful, it still conveys the sense of a city and a strong place and a strong presence and beauty, of course,” Segal said. “It’s very different from Tel Aviv, which is essentially an ugly city. I was born in Tel Aviv, and I consider it home, and it has its charm and a very humane scale which allows people to interact in a way that is very Mediterranean and promising and optimistic. It’s the perfect city for the everyday, and it’s a walking city, but it can do much better [architecturally].”

Will Haifa’s Munio Gitai Weinraub Museum of Architecture, opened earlier in October by film director Amos Gitai in honor of his Bauhaus-inspired father, and the Tel Aviv Museum’s Archive of Israeli Architecture Gallery, scheduled to open next year, help Israel to raise architectural awareness? “Absolutely,” Segal said. “I think they are both fortunate and extremely necessary, especially at a time when the built environment is densifying and questions of development and preservation are more challenging than ever. The biggest challenge in Israel on a cultural level with relation to architecture is how to bring architecture into the cultural discourse. To enhance the discourse of architecture in order to turn architecture into a much more significant cultural factor.”