Why T.J. Miller’s ‘Silicon Valley’ Character Will Always Be A Legend 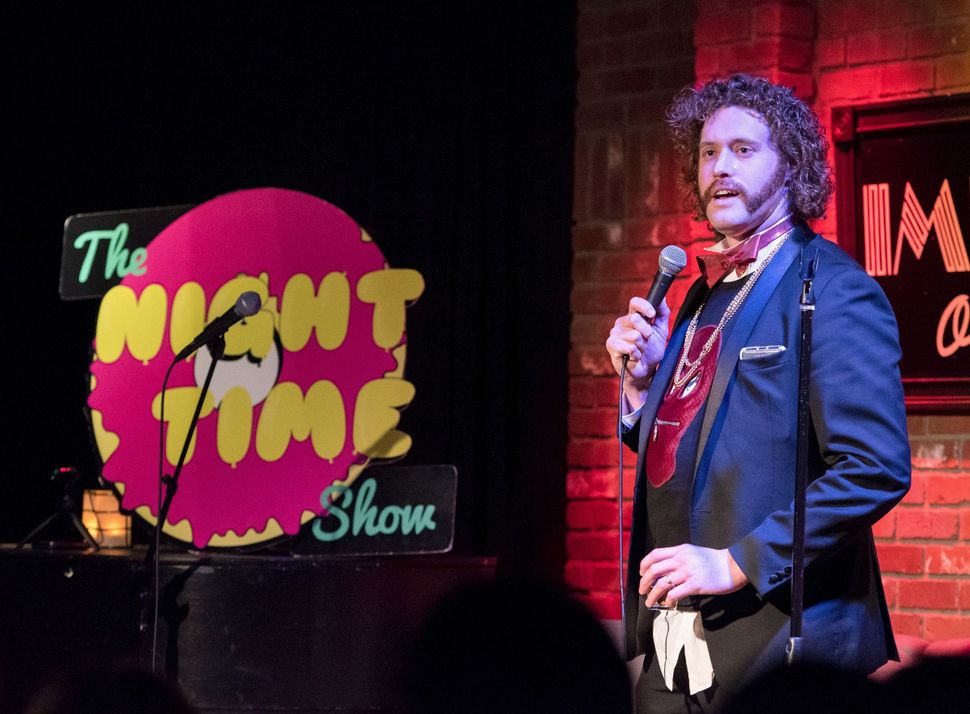 For fans of HBO’s “Silicon Valley,” a so-absurd-it’s-almost-believable send up of the world’s most famous tech hub, T.J. Miller’s character Erlich Bachman is a subject of obsession. In a show filled with characters ranging from the merely twitchy to the avowedly Satanist, the crude, self-obsessed, maniacal man-child Bachman is the one that audiences, without fail, love to hate.

While “Silicon Valley,” currently in its fourth season, has been renewed, Miller won’t be returning. As “Silicon Valley” fans begin their mourning — or commemorative vision trips — revisit some of Miller’s greatest moments on the show. Yes, there will be spoilers, alongside a lot of profanity, a lot of drugs, and at least one scene that you definitely don’t want to watch at work.

At the start of Season 1, Bachman is the proprietor of a kind of lame accelerator. When one of its occupants, Richard Hendricks, strikes gold with a revolutionary algorithm, Bachman’s flock of fledgling entrepreneurs bands together to make it big. Only one problem: Hendricks wants to name the company Pied Piper, and literally everyone else involved thinks the name is idiotic. Bachman’s solution? Take a whole load of psychedelic mushrooms and head to the desert to vision-quest a solution. Spoilers: It doesn’t go quite as he hoped.

2) When he showed off his unusual bargaining chops

Pied Piper starts Season 2 looks like a hot new Silicon Valley property — and that’s before Bachman starts verbally abusing the venture capitalists hoping to fund the company. In a all-too-relevant jab at Silicon Valley’s notoriously toxic macho culture, a montage follows Bachman as he conducts a series of meetings with interested investors with escalating grotesquerie. And it works. “There is a linear correlation between how intolerable I was, and the height of valuation,” Bachman marvels. God help us all.

Season 3, and Pied Piper looks to be entrenched in even more chaos than usual — until a new CEO, ‘Action’ Jack Barker, enters the picture. Bachman, threatened by the somewhat older Barker’s prestige, tries to take him down with an inspired — and apparently, partially extemporized — list of cagey insults. “I’m a big fan,” Barker says upon meeting Bachman. “Oh really, of what?” Bachman retorts. “Metamucil? Polio? The phonograph? A nice piece of fish?” And that’s just the start.

In outtakes of Bachman’s barrage of Barker, Miller goes on for nearly five minutes. Among the insults that got cut? A suggestion that Barker is a fan of “Early Rock Hudson, late Rock Hudson…Rock Hudson at his prime,” and “having an old goat eat your bloomers off the back of your clothesline.” It’s a rampage.

5) When he suggested an, uh, unorthodox method of winning a tech competition, and created comic gold

Yeah, this is the one you don’t want to watch at work. At the end of the first season, the Pied Piper team, facing enormous pressure at the startup competition Tech Crunch Disrupt, learned at the last minute that their all-important algorithm had been stolen by their Google-esque rival, Hooli. At a loss for ideas, Miller as Bachman tried a pep talk: “We’re going to win,” he said, “even if I have to go into the auditorium and personally jerk off every guy in the audience.” In your workplace, that comment might have earned a demerit from HR. In “Silicon Valley,” it prompted a fully earnest investigation of just how that could work — and one of the greatest scenes in TV history.

Why T.J. Miller’s ‘Silicon Valley’ Character Will Always Be A Legend