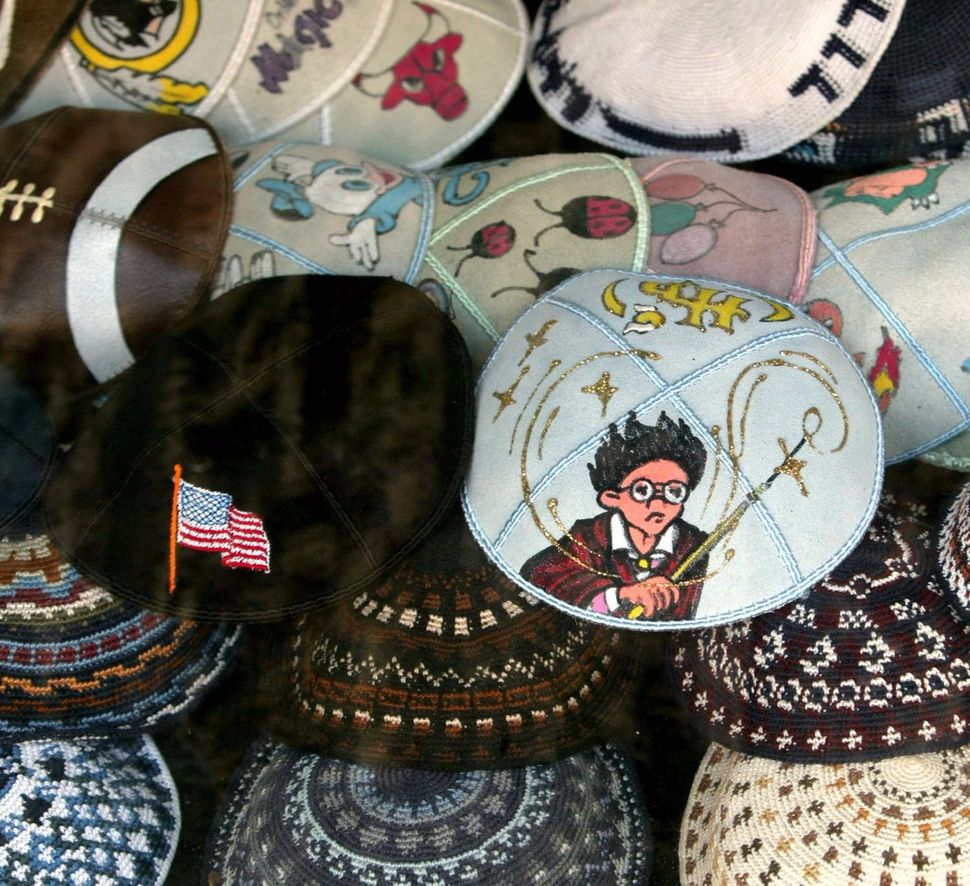 Twenty years ago, the very first published pages of J.K. Rowling’s “Harry Potter” series hit bookstores in the United Kingdom. The ensuing decades have seen the books give rise to a worldwide fandom, a successful film series, a thriving fanfiction community, and several theme parks — as well as the eternal question: Is Harry Potter Jewish?

You scoff? True, the Forward has provided years’ worth of creative takes on the boy wizard, from eager takes on the progress of the Jewish Daniel Radcliffe, who played Potter on-screen — we loved him when he began establishing himself as a wizard of the stage (ha), as well as when he spilled the beans on his least favorite Potter film — to interviewing actress Miriam Margolyes, who played Hogwarts’s magical horticulturalist Professor Sprout.

We kvelled when Drake imagined himself into Hogwarts, watched in joyful disbelief as a Harry Potter-themed hagaddah became a top seller on Amazon, and fell hard for Porpentina Goldstein, the Jewish heroine of the recent Harry Potter prequel film “Fantastic Beasts and Where to Find Them.”

But we haven’t been alone.

As Nathan Thornburgh reported for Time in 2008, certain Jewish groups have used the schema of the Harry Potter universe to explain their beliefs, religious and political alike.

Some have accused the books and films of being anti-Semitic, and others have refuted them.

The podcast “Harry Potter and the Sacred Text,” hosted by two graduates of Harvard Divinity School, analyzes the books as if they were religious texts. The podcast incorporates Jewish practices of textual analysis, and counts rabbis among its fans.

J.K. Rowling has taken to her controversial Twitter feed to shed light on the presence of Jews at Hogwarts, at which Christmas was always a rather important affair.

And Nathaniel Stein, for the New Yorker, produced a humorous take on what the experience of those Jews might have been like. (A sample: “Maimonides was warmly received in 1191, and though Spinoza’s invitation to deliver a series of lectures, in 1652, was met with protests, organizers were careful to note that it was the philosopher’s virulent anti-wizarding stance that they objected to, not his Jewish extraction.”)

So, is the “Harry Potter” series Jewish? Officially, maybe not. But in our hearts, always.