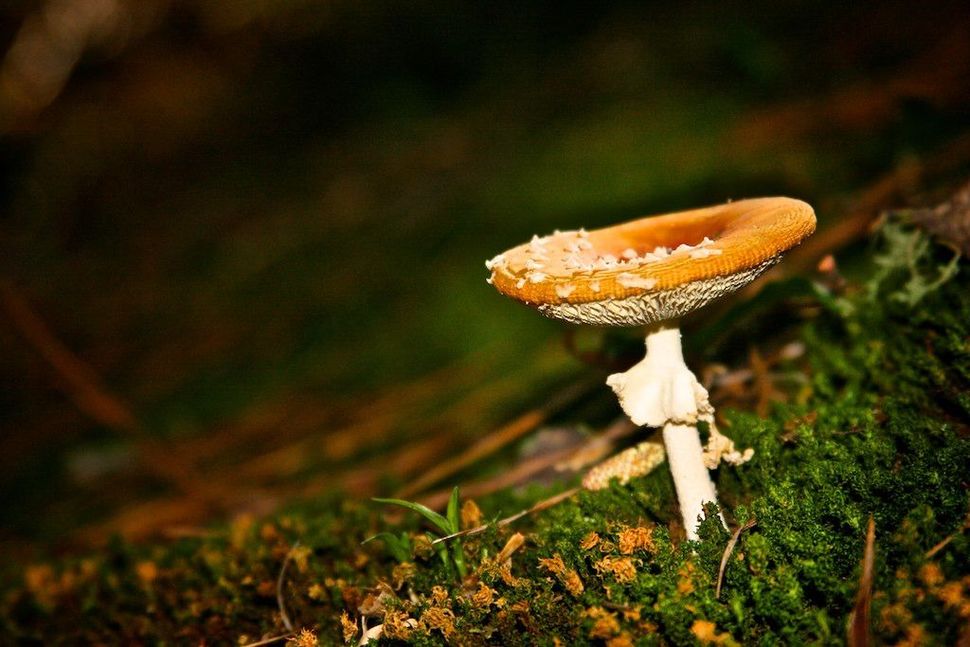 Unlike most patients in clinical trials of psilocybin, when Pollan ate a magic mushroom, he wasn’t terrified by a terminal illness, he wasn’t suffering from alcoholism or depression and he hadn’t been diagnosed with a personality disorder.

But he “envied the radical new perspectives” of the people in psychedelic therapy whom he interviewed, and he found the idea of “shaking the snow globe” of his mental life appealing. “I also wasn’t sure I’d ever had a spiritual experience,” he said, and in late middle age, he felt “time was growing short.”

From Pollan’s new book “How to Change Your Mind” — currently on top of the New York Times best-seller list — it looks like he got what he was after.

But Pollan’s account of his journey contests the value or necessity of millennia of spiritual struggles, ages of religious insights and even, most radically, belief in the existence of God.

His lyric depiction of his “egoless, nondual state of consciousness,” of the “obliteration” of the very category of “personal,” of his “I” who was nevertheless not his self, and who was “unbounded by any body” and had “no desires of any kind,” reminded me of William James’s case studies in “The Varieties of Religious Experience.” Mystical experiences, James wrote, qualify, as “states of knowledge. They are states of insight into depths of truth unplumbed by the discursive intellect. They are illuminations, revelations, full of significance and importance.”

But if a single psilocybin trip could rewire Pollan’s brain, or ours, in the way that Buddhist monks take lifetimes to achieve, are the years we spend wrestling with faith, or ragging ourselves for being lousy meditators, just a waste of time?

Did Pollan really eat his way to a spiritual experience, or was it just a chemical experience — is there even a difference? If ’shrooms open doors to the depths of ineffable truths, does it really matter if God is dead or not?

By the time I hit middle age, I’d worked out my answer to “Is God dead?” without benefit of psychedelics. I got there in stages, like Kübler-Ross’s five stages of dealing with death, only instead of denial, anger, bargaining, depression and acceptance, for me it was faith, reason, nihilism, mysticism and omg-we’ve-run-out-of-diapers.

I grew up in the same Newark neighborhood that Philip Roth did, though a generation later. Orthodoxy failed me when I asked my mother, who kept a kosher home, why it was OK for us to eat spare ribs at Ming’s on Sunday nights, and she explained that God was not troubled when our kind of Jews, the Jews of the Weequahic section, made common sense accommodations to modern life. Except, of course, when it came to dating shiksas, which carried a mandatory sentence of “he’s dead to me.”

Through the loophole of reasonableness that she opened, I drove a truck bearing I❤SCIENCE license plates. Culturally, I couldn’t have been more Jewish, but theologically, I became the Voltaire of Schuyler Avenue. Like 12-year-old Ozzie Freedman in Roth’s “The Conversion of the Jews,” the 12-year-old me challenged God’s power, questioned God’s morality, even disputed God’s existence. By the time I went off to college, it was to become a molecular biologist – to learn the scientific method and master the evidence for the secular materialist account of life.

But I also learned in college that ruthless doubt, once unleashed, can lay waste to more than childhood faith. It can reduce love to libido, altruism to evolution, justice to privilege, science to politics, taste to class, virtue to tribe, merit to luck, skepticism to cynicism and meaning to myth. I know that there are happy atheists, but it was to the dead end of dread that relentless rationality led me. It also led me to leave J.D. Watson’s lab and seek out new mentors: Fyodor Dostoevsky, Friedrich Nietzsche and Samuel Beckett.

What rescued me from nihilism was finding God everywhere, except in religion. That’s what I suspect a rising number of Americans mean when they tell pollsters that they’re “spiritual but not religious.” For me, it was meditation that set me on that path. I took it up as an adult, to stop grinding my teeth, but meditation took me to a kind of DIY mysticism. My toolkit has ranged from Rumi to Ken Wilber, from Huxley’s perennial philosophy to Heschel’s radical amazement, from mindfulness to gratitude — to being dumbstruck with awe at nature, at art, at my newborn babies’ fingers curled around mine, at Katz’s pastrami, at the starry sublime.

Still, I’m not much of a mystic – I bet I spend more time sleepwalking than mindfully experiencing the moment. But quotidian reality, if we remember to notice it, can be a portal to enlightenment. “I had developed a set of fairly dependable mental algorithms for navigating whatever life threw at me,” Pollan says about his daily routine, “and while these are undeniably useful tools for coping with everyday life and getting things done, they leave little space for surprise or wonder or change.” Pollan needed a drug, and a rupture from ordinary reality, to experience transcendence. But my experience is that reality itself can disclose the divine. If you pay attention, everything — not just sunsets, but laundry, too — can be surprising, even startling. Everything can be an occasion for wonderment; everything can prompt the ultimate question, “Why is there anything at all?”

Psilocybin is a turbocharged route to finding enchantment in everyday life. More than a thousand published papers attest to its safety when administered in appropriate settings. I have no problem with Pollan or anyone else taking a short cut to illumination. In fact, according to a Johns Hopkins study in a recent Journal of Psychopharmacology, the drug works best when it’s combined with the kind of slowpoke old-school stuff I’ve turned to, like meditation, progressive muscle relaxation and mindful breathing. Psilocybin, the Hopkins study says, brought about the largest, most significant, and most enduring positive changes in “interpersonal closeness, gratitude, life meaning/purpose, forgiveness, death transcendence, daily spiritual experiences, religious faith and coping” when subjects also meditated, had a mindfulness practice, kept a journal and “engaged in activities they personally judged to facilitate spiritual growth (e.g. being in nature, contemplative movement, artwork or service activities).”

William James, shaking the snow globe more than a century before Michael Pollan, also tried a chemical on himself — nitrous oxide. He called the “metaphysical revelation” that came to him when high on laughing gas “a reconciliation.” This was how he explained it: “It is as if the opposites of the world, whose contradictoriness and conflict make all our difficulties and troubles, were melted into unity.” Every religion, every mystic tradition, contains that vision of the world. You can reach it with fasting, with sitting, with prayer; you can find it in a fungus; you can see it in a grain of sand, and hold infinity in the palm of your hand.

“Melted into unity”: What a heartening prospect. Whether it’s a struggle or a thrill ride, the seeker’s path to purpose is the world’s path to peace. If God isn’t dead, She won’t care how you get there.