This devastatingly brilliant and unconscionably awful book will delight and appall 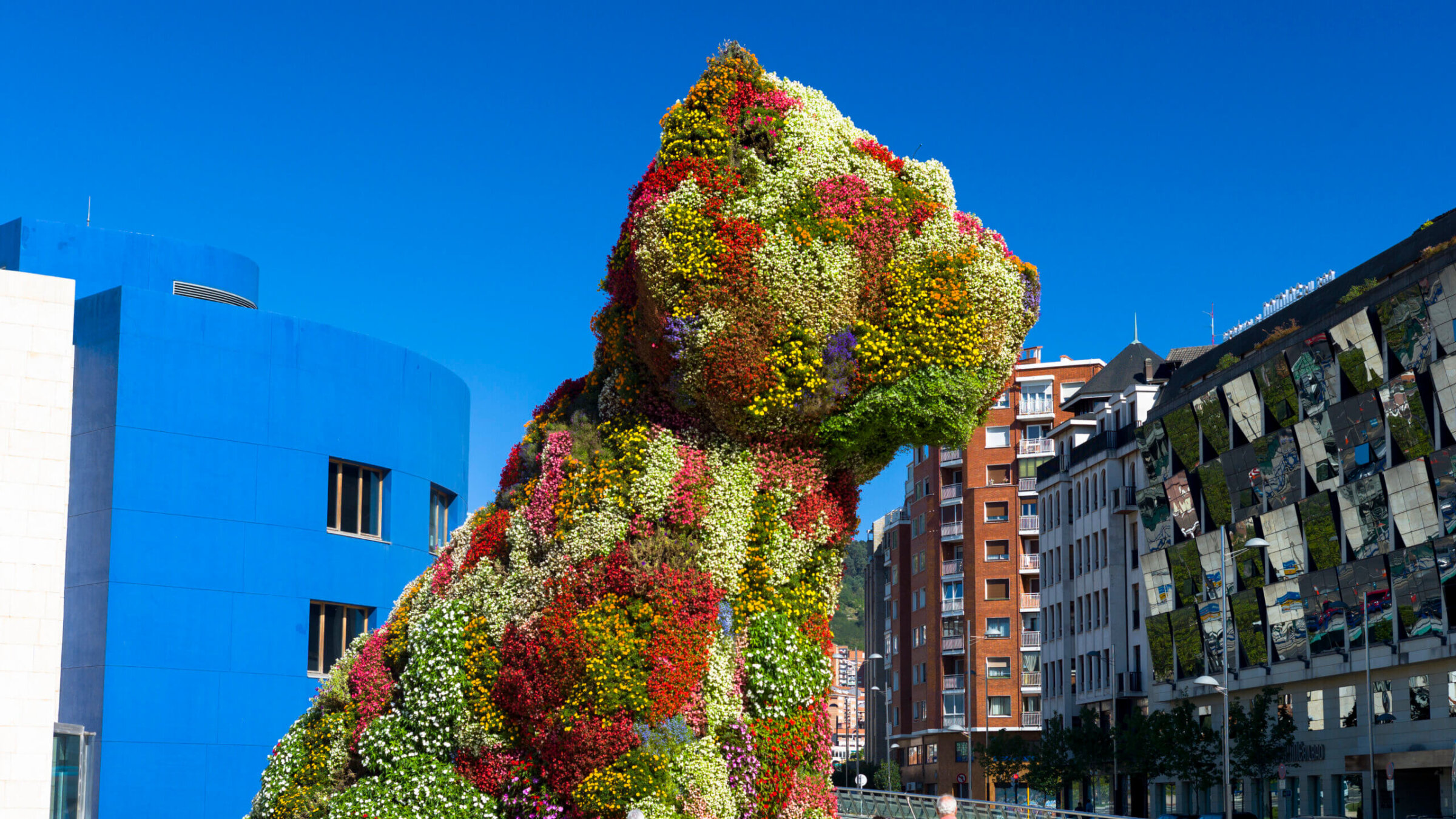 Art Is Life: Icons and Iconoclasts, Visionaries and Vigilantes, and Flashes of Hope in the Night
By Jerry Saltz
Penguin Random House, $30, 368 pages

“Art Is Life,” the new collection of Jerry Saltz’s art criticism for the Village Voice and New York magazine, has changed the way I look at images, myself and the world. How great is Saltz? Well, for starters, it is simply not possible not to count him among the finest critics alive. In fact, he’s one of the most potent writers of the 21st century, full stop, and even that’s probably an understatement — when he’s at his frequent best, I’d venture to say that there’s been no greater critic in the history of humankind. To read his words is to hear echoes of Homer, Shakespeare, Milton, and Keats. If his oeuvre doesn’t end up in the Library of America series, it will be a crime.

“Art Is Life,” the new collection of Jerry Saltz’s art criticism for the Village Voice and New York magazine, is the literary equivalent of the Taliban. Saltz is a clueless, puffed-up professional who thinks he knows what’s best for the world when really he’s just another white guy perched on a soapbox of unexamined privilege. An aesthetic Stalin, he uses his vast power to obliterate unique, deeply felt art and replace it with interchangeable, frictionless abominations.

For real this time: “Art Is Life,” the new collection of Jerry Saltz’s art criticism, is just OK. It is hard to write about without resorting to hyperboles, probably because the book itself is chock-a-block with them (I’ve quoted a tiny percentage, both positive and negative, in the last two paragraphs). After a few pages, your sense of quality may start to warp, until anything below the best of the 21st century feels like a waste of time and anything above Stalin feels fine.

While reading, I remembered a bit of wisdom from Jed Perl: “‘Great’ becomes meaningless when nothing can be merely good.” Saltz, winner of the 2018 Pulitzer Prize for criticism and New York’s senior art critic, seems never to have encountered a merely good work of art in his life — his vision is so clouded by superlatives that sometimes he barely looks.

This is an interesting book, but not for Saltz’s opinions about art, which tend toward the suspiciously predictable. (He writes mainly about modern and contemporary Western art, with occasional dips into the distant past or the East. George W. Bush’s paintings are bad, Philip Guston was a master, Diego Rivera was also a master, Kara Walker is a master. Bet you can’t guess what he thinks about Caravaggio!)

That America is a winner-take-all place, in which tens of millions of people are routinely punished for the crime of being born poor, has never been a mystery, but since 2008 or so, it’s gotten so obvious that even Fox News hosts have been forced to admit it. Which is how, to one side of the spectrum, you get Tucker Carlson feigning outrage over Jeff Bezos’ tax rates, and, to the other, you get Pete Wells feigning outrage over a Per Se dinner bill he was always going to expense to The New York Times.

“Art Is Life” is most interesting, in short, if you treat it as a book about the New York punditocracy: an elite so desperate to pretend to cheerful, folksy non-eliteness that it occasionally forgets to do much else. Saltz was denouncing the art world’s outrageous prices and soulless mall-like gallery spaces well before 2008, and he knows how to talk tough about the “industrialists, investors, oligarchs, oil barons, and other villains of the world economy” who launder billions through ugly new artworks and museums. But when the time comes to get specific, Mr. Hyde morphs back into Dr. Jekyll and starts handing out easy As.

The new, $422 million Whitney Museum designed by Renzo Piano isn’t much to look at, Saltz admits, but “as an art lover, I’m concerned only with the inside of museums,” as though buildings don’t count as art. He also adores Jeff Koons, the multimillionaire pop-sculptor whose career is still probably the most persuasive evidence for the theory that fine art is a series of investments for rich, tasteless assholes. In Koons’s 43-foot-tall sculpture “Puppy,” Saltz finds a joyful, Jeffersonian “masterpiece,” equally “classic, utopian, sincere and silly.” And oddly enough, that’s pretty much all he has to say about “Puppy” — he doesn’t take you through the artwork to explain how it achieves its alleged effects. He doesn’t show his work.

This might be forgivable in the case of a glib pop-conceptualist (it’s hard to explore art’s depths if there aren’t any), but Saltz’s approach stays the same whether he’s dealing with Koons or Caravaggio. It’s not as though he’s incapable of writing precise, vivid descriptions of artworks — Guston’s abstractions are “beautiful shimmering lyrical fields of broken brushstrokes, flickering grounds of pearly blue and pink”; Richard Serra’s sculptures are “silky and puckered”; Théodore Géricault’s “The Raft of the Medusa” is “a collective ash heap of individually vivisected souls stripped bare of humanity.”

In the end, though, art matters to Saltz less for its intrinsic qualities than for the people who pay attention to it — he’s constantly converting art into the currency of influence. He loves listing artists who he claims were inspired by whichever artist he’s writing about: Guston’s late figurative paintings touched “Nicole Eisenman, Amy Sillman, Albert Oehlen, Carroll Dunham, Elizabeth Murray and Georg Baselitz”; from Dorothea Tanning, you get “Yayoi Kusama, Louise Bourgeois, Lee Bontecou, Francesca Woodman, and many more”; from the cave paintings at Niaux you get “all the art that would follow.”

Plenty of art critics write these kinds of lists. Nobody is likely to dispute them, and they’re a great way of hitting your word count. Coming from Saltz, though, they’re weird — not just because he writes so many of them but because he claims to be opposed to the kind of thinking they represent.

“Our art history is organized teleologically — it’s an arrow,” he writes in a 2016 piece called “The Tyranny of Art History in Contemporary Art.” “Things are always said to be going forward … Artists and isms follow one another in a biblical begetting.” Clearly, this is supposed to be a bad thing (he really, really likes his “begetting” riff; it shows up two other times in the book). So why does Saltz care so much about who Guston and Tanning and the Niaux cave painters “beget?” Isn’t this a type of straight-arrow thinking itself, whereby artists’ value is measured by how much they pass on to the next generation? Saltz goes all-in for the Guggenheim’s 2018 Hilma af Klimt exhibition, and rightly so, but when justifying her quality he parrots the show’s talking points about af Klimt being the true founder of abstract painting. Why should anyone — least of all Saltz, the teleology-hater — care? Even if nobody else in the history of art had painted abstractly, she’d still be herself.

Sometimes Saltz will list writers instead of artists: Cy Twombly gives him “some of the same capacious sensations we get while reading Virgil, Homer, Sappho, Keats and others.” Comparisons are supposed to clarify things instead of muddling them further, so nobody would fault you for asking: “Really? Which sensations? Which others?” But perhaps answering those questions would spoil the effect.

Saltz fesses up to not really understanding fancy French theory or postmodern philosophy — he’s a regular guy, just like you or me or his fellow elite New York culture critics. It’s possible he really believes this. He writes amusingly about his craving for bodega coffee and poignantly about his mother’s suicide and his love for his wife, the Times art critic Roberta Smith. He’s so good at writing about himself that at times he charms you into thinking he really is a regular guy, though the charm wears off fast.

His piece on Thomas Kinkade concludes, “I would like the art world and the wider world to argue about [Kinkade’s] work in public, to puzzle through what the work — and our divided reactions — really mean,” and I thought: “Hello! You’re the art critic for New York magazine! You are paid a six-figure salary to write about art! Your opinions about art have an influence on prices and trends across the wider world! You are the art world!”

But I’m being hyperbolic. That’s the thing about hyperbole: It’s contagious, even if you claim to be opposed to it. Saltz is never more than a few pages away from reaffirming his disdain for the art market, but in its relentlessly buoyancy and dizzying grade inflation, his criticism resembles nothing so much as that art market’s chief literary genre, the press release.

The Guggenheim insists Hila af Klimt matters because she founded abstraction; he insists so, too. Kara Walker’s latest show is “monstrously magnificent,” full of “masterpieces” sure to leave viewers “thunderstruck” — who’s to say if those feeble phrases come from a sober-minded review or a press release designed to ratchet up prices, or if there’s even a difference anymore?

If you love reading this kind of thing, you are part of the problem with 21st-century art, and probably with the 21st century in general. Sorry, I’m kidding again. Buy Saltz’s new book, don’t buy it, it probably doesn’t really matter. He seems like a perfectly nice guy.

This devastatingly brilliant and unconscionably awful book will delight and appall