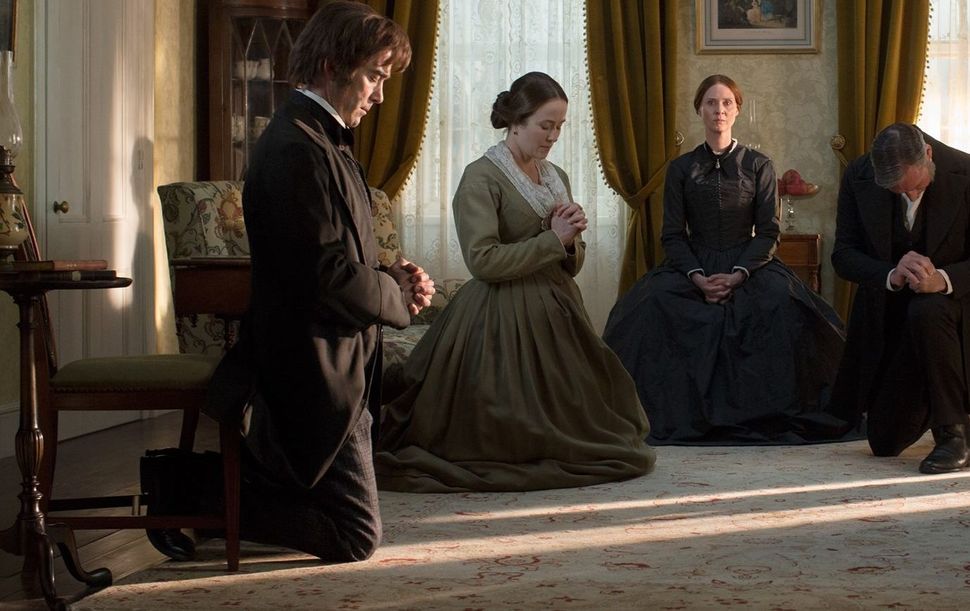 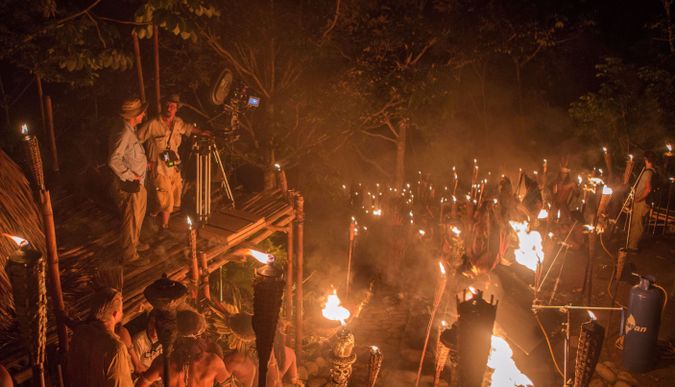 One little-discussed aspect of all of the problems in the world is that they can distract people from the news about movies. The world is an endless conveyor belt of horrors, and this can keep one from finding out about what films exists. The Forward considers it a mission to help remedy this; read on for this week’s movie news.

Miss a few movies this year? That’s fine, unless they were these four films, which you still have time to catch up on before 2017 is through. They include stories about the refugee crisis, British colonial adventurers, and the nativity. Also included is Terence Davies’s exquisite, quietly powerful Emily Dickinson biopic, “A Quiet Passion.”

2. What the Torah can tell us about “The Shape of Water”

Guillermo Del Toro’s new film about love and fish-men has been winning plaudits and racking up award nominations, but not many viewers are aware of its connection to Jewish symbolism. The Forward’s Shira Feder is here to fix that, drawing a connection between Del Toro’s movie and the biblical book of Ruth. “Ruth’s love for Naomi transcends her ethnicity, while Elisa’s love for the creature both transcends her humanity and renders her more intensely human than ever,” Feder writes. “Like water adopting the shape of the vessel that contains it, intense emotion fundamentally changes the way each woman understands herself.”

In a piece of sad news for movie lovers in the Upper West Side and beyond, Lincoln Plaza Cinemas has announced that it will close in January 2018. The Forward’s Talya Zax gathered the details, as well as responses from around the media.

The news broke last week: Josh and Benny Safdie, directors of “Good Time,” have been picked to helm a remake of Walter Hill’s Eddie Murphy-led 1982 buddy cop film, “48 Hrs.” The Forward is here to ask the hard questions: “Who will be cast in [Nick] Nolte’s role? Will the film include a role for Safdie favorite Buddy Durress? And now that New York’s young indie filmmakers are remaking Walter Hill films, when will be seeing Alex Ross Perry’s version of ‘The Warriors?’”

5. Does “The Marvelous Mrs. Maisel” have a representation problem?

“Sitcom writer-slash-Nazi hunter” Susan Silver has a bone to pick with “The Marvelous Mrs. Maisel,” the Amazon series from “Gilmore Girls” creator Amy Sherwood-Palladino: “despite its supposed progressiveness, [the series] portrays its Jewish subjects as unflattering stereotypes,” she writes. Silver augments her argument with stories from her own experience. “I also knew Lenny Bruce; we went out together, as his mother fixed me up with him in college. The character in ‘The Marvelous Mrs. Maisel’ who is called Lenny Bruce almost betrays the man on whom he is based,” she maintains.