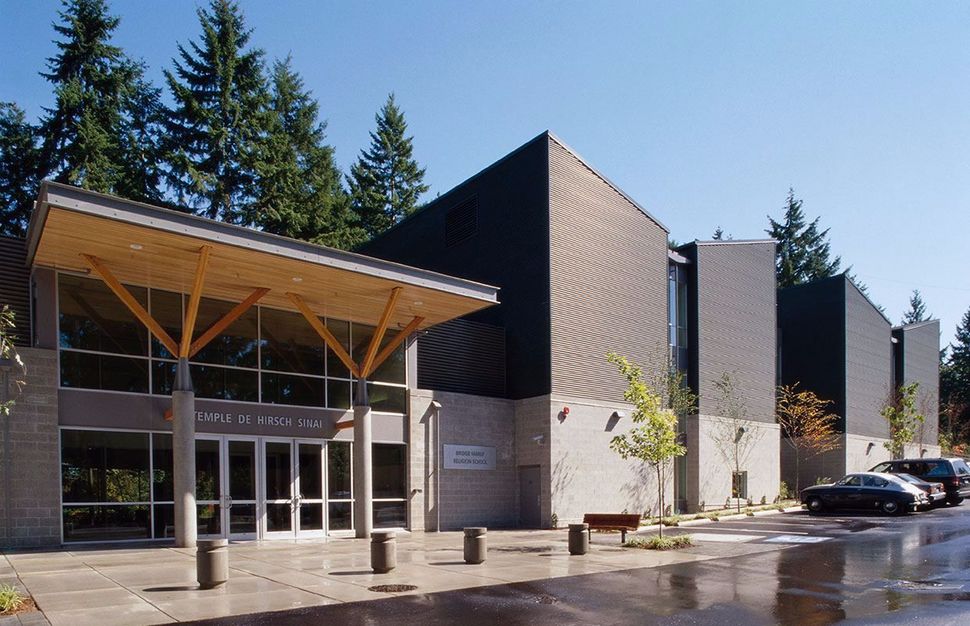 Vandals scrawled graffiti claiming the Holocaust was “fake history” on an exterior wall of a Seattle synagogue, leading the rabbi to urge President Donald Trump to more forcefully denounce a wave of anti-Semitic incidents in recent months.

Seattle police said they were investigating the vandalism at Temple De Hirsch Sinai as a hate crime after an off-duty officer spotted it on Friday.

“Holocaust is fake history!” read the spray-painted message, with each letter S written as dollar signs.

Rabbi Daniel Weiner linked the graffiti and a series of bomb threats against Jewish community centers since January to what he characterized as permissiveness of white supremacy from parts of the electorate during the 2016 presidential election campaign.

“A message needs to come from our president, not only decrying anti-Semitism but specifically indicting white supremacists and in particular those who support his candidacy,” Weiner said, also referring to the bomb threats, vandalism against Jewish cemeteries and aggression against Muslims, Sikhs and immigrants.

Weiner did not blame Trump or his administration directly but regretted “the tone that has been set throughout the campaign,” when white nationalists embraced the Trump campaign.