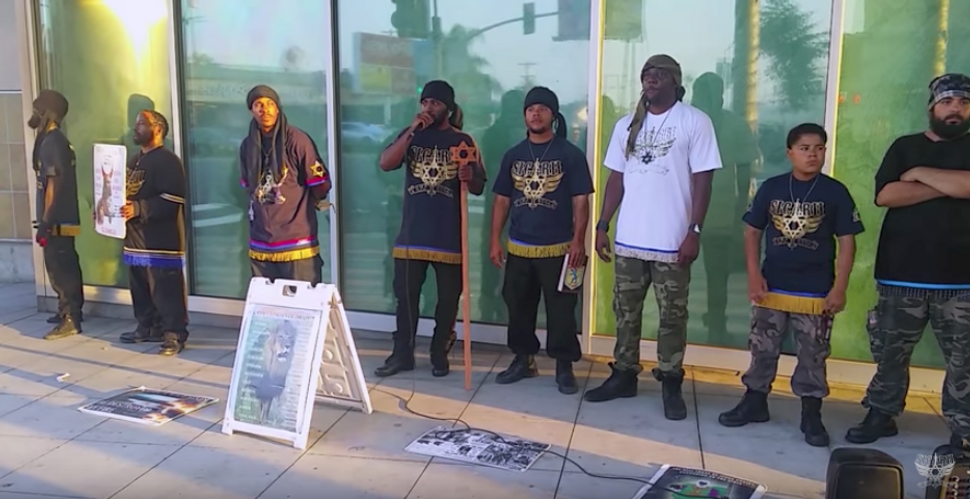 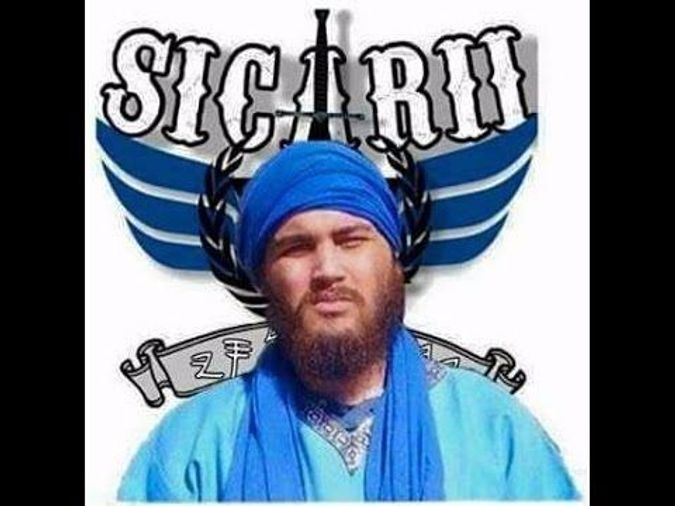 Adonis Glaude, who is known as Ahlazar BanLawya or Guerilla Hebrew.

The Anti-Defamation League condemned a Hebrew Israelite group as “anti-Semitic and racist” in a report last week, highlighting an incident this summer where a passerby walking near the group on a street corner was punched to the ground.

Sicarii is a small but active California faction within the much broader Hebrew Israelite movement. While all Hebrew Israelites identify as genealogical descendants of the biblical Israelites, there is a diversity of positions on the question of how they should relate to whites and Jews. It is a topic of debate and disagreement. Sicarii belongs to a branch of the movement that promotes the idea that whites and Jews are “imposters” or “usurpers” of their true biblical identity. The group, which numbers no more than 20 core members, is led by a man named Adonis Glaude, who goes by the names Ahlazar BanLawya and Guerilla Hebrew.

Like other Israelite groups, Sicarri states that they are dedicated to “uplifting disenfranchised blacks, Latinos and Native Americans” by teaching that they are the true descendants of the ancient Israelites. White people, according to the group’s tenants, are descendants of the biblical character Esau, the twin brother to Jacob. Sicarii refers to whites as “deceivers” or “devils.”

The group conducts regular street-corner outreach in San Diego. The ADL report details a confrontation that took place at a June rally during which a man, who was white, apparently argued with Sicarii members and was hit to the ground by someone in the crowd. Members of the Sicarii were arrested the next month in connection with the altercation, though no charges were filed.

In an online video responding to the ADL report, Glaude said that it was not a member of his group who hit the passerby and that his group did not directly advocate physical violence towards the man.

Glaude lashed out at the ADL for “spinning” certain facts about the altercation and leading what he saw as an adversarial campaign against his group. “The white man, the devil that wrote this article, and you so-called Jews who are not the Jews… you’re the devil,” Glaud said in a video response. “This is why we say what we say.”