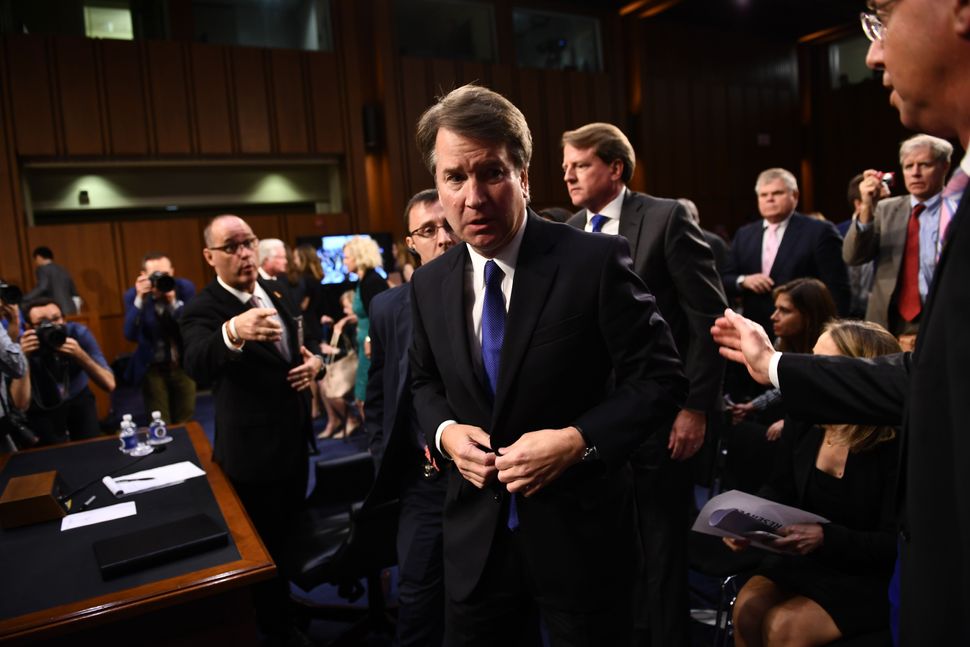 When the father of a student killed in the mass shooting at her high school in Parkland, Florida, earlier this year approached Brett Kavanaugh at the Supreme Court hopeful’s confirmation hearing, Kavanaugh simply walked away.

In a tweet, Fred Guttenberg suggested he attended the hearing to observe discussions about the Second Amendment and gun control, of which he has been a staunch advocate for since the mass shooting at Marjory Stoneman Douglas High School, which resulted in the death of his 14-year-old daughter Jamie.

Guttenberg said that he walked up to Kavanaugh as the morning session ended and held out his hand to introduce himself as Jaime Guttenberg’s dad.

“He pulled his hand back, turned his back to me and walked away,” Guttenberg tweeted. “I guess he did not want to deal with the reality of gun violence.”

Just walked up to Judge Kavanaugh as morning session ended. Put out my hand to introduce myself as Jaime Guttenberg’s dad. He pulled his hand back, turned his back to me and walked away. I guess he did not want to deal with the reality of gun violence.

Here is the photo of me trying to shake Kavanaugh’s hand. https://t.co/5MtQxq5wza

Wow, here you can hear @fred_guttenberg telling Kavanaugh that his daughter “was murdered in Parkland,” and Kavanaugh whirls and walks away pic.twitter.com/VdkTij2Vdp