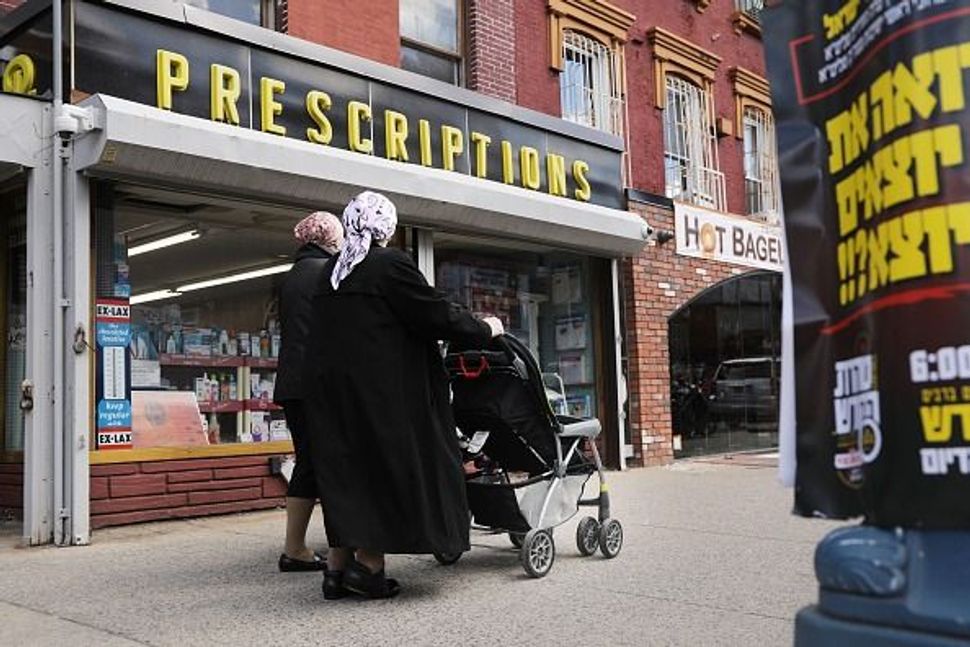 Ultra-Orthodox Jewish community in Williamsburg, a neighborhood in Brooklyn. Image by Getty Images

One of the biggest ultra-Orthodox newspapers in the country published an op-ed about the measles outbreak in their community, in which it cited religious mandates to vaccinate children — and took the rare step of translating it into English.

Der Yid, the New York-based weekly read by Satmar Hasidim and read by the wider Haredi community, included an emotionally charged piece under the headline, “Senseless! Heartless! Torah-less and Reckless.” The editorial argued that a small group of Orthodox Jews’s stubborn refusal to vaccinate their children is putting them and others in the community at risk.

To drive the point home, Der Yid published a verbatim translation in English.

This week’s @DerYidNewspaper posted a powerful editorial regarding the Measles outbreak, and they took the very rare step of also publishing a verbatim translation in English pic.twitter.com/1mOtqedhG2

There had been 285 reported cases of measles in New York City, and 465 cases reported nationally. The editorial attempts to debunk anti-vaccine claims promoted by a minority of the Jewish community. Myths that have circulated include a debunked alleged connection between the measles vaccine and autism.

Most rabbis have advocated for vaccination, but there are people willing to defy them. Some parents have compared being targeted by health officials — who declared a state of emergency and required unvaccinated minors to stay away from public spaces — to persecution during the Holocaust.

The editorial said these communities should listen to these rabbis, but also to their doctors.

“The small group of anti-vaxers spoke to the press and tarnished the imaged of observant Jews, as if we can’t be trusted to make the right choices for our children, as if we spread infections,” it read.

Ultimately, the editorial asserts, the situation is not being handled according to Jewish values.

“The entire fight is conducted in a short-sighted non-Jewish manner,” it continued, “which only harmed their interest and brought terrible defamation of Hashem’s name, and plays into the hands of those who want to destroy the independence of our yeshivas.”