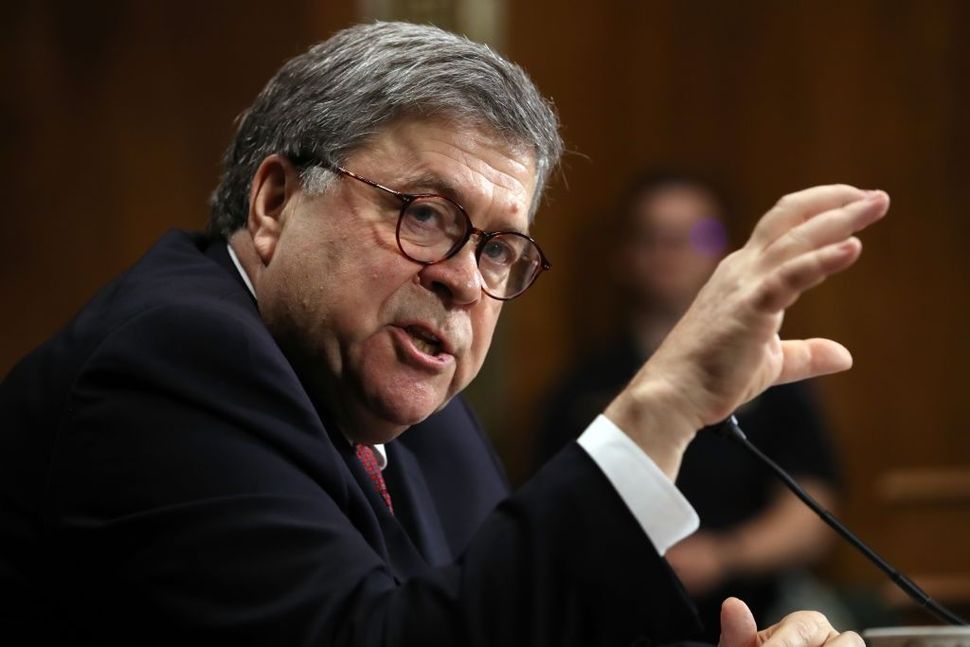 Attorney General William Barr clashed Wednesday with Sen. Dianne Feinstein, the top Democrat on the Senate Judiciary Committee, over his summary of special counsel Robert Mueller’s report, and whether the Barr was right to say that the report’s details of Trump’s actions did not rise to the level of obstruction of justice.

In one exchange during Barr’s testimony to the committee, Feinstein recounted how Trump instructed then-White House counsel Don McGahn to remove Mueller, using a pretext that Mueller had conflicts of interests (McGahn did not do so).

“You still have a situation where a president essentially tries to change the lawyer’s account in order to prevent further criticism of himself,” Feinstein said.

“So you can, in this situation, instruct someone to lie?” Feinstein asked.

“No,,” Barr said, “it has to be, well, to be obstruction of justice, the lie has to be tied to impairing the evidence in a particular proceeding. McGahn had already given his evidence, and I think it would be plausible that the purpose of McGahn memorializing what the President was asking was to make the record that the President never directed him to fire. And there is a distinction between saying to someone, ‘Go fire him, go fire Mueller’ and saying, ‘have him removed based on conflict.’ They have different results…. The difference between them is if you remove someone for a conflict of interest, then there would be – presumably – another person appointed.”

Barr told the committee that he didn’t think the government had a “prosecutable case” against the man who appointed him.