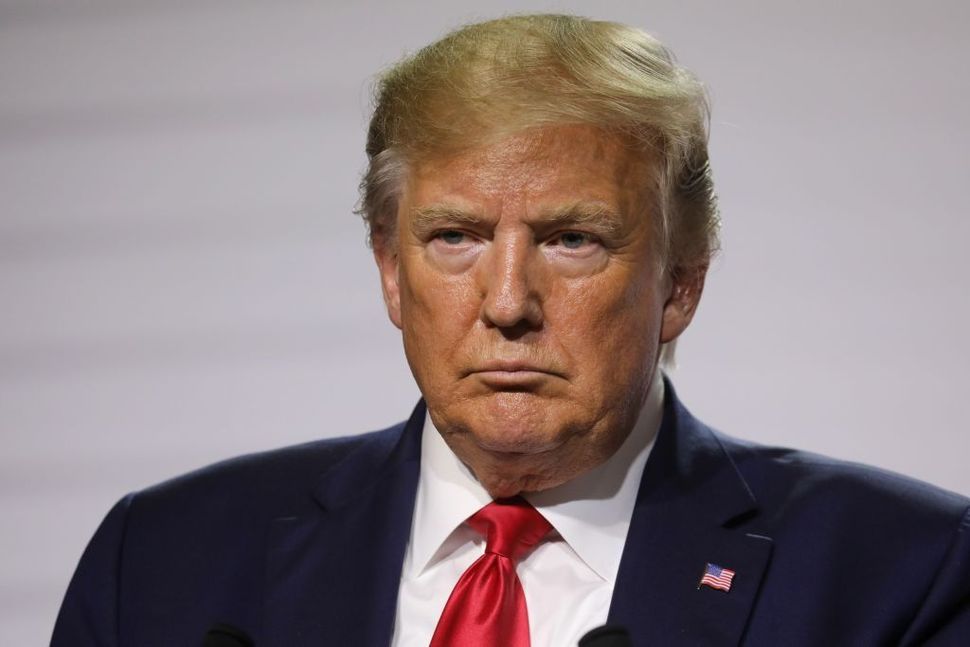 President Donald Trump looks on during a joint press conference with French President Emmanuel Macron in Biarritz, France on August 26, 2019, the third day of the annual G7 Summit. Image by LUDOVIC MARIN/AFP/Getty Images

President Trump tweeted a new 2020 campaign video on Wednesday evening, which immediately sparked controversy for its purported use of a white nationalist logo at the end of the clip.

Former Snopes managing editor Brooke Binkowski was among the first to point out the problematic use of the logo. Binkowski tweeted a thread showing an archived version of a now-deleted 2016 tweet by VDARE, a white nationalist, anti-immigrant group who shared the symbol in question.

Thank you for the support as we MAKE AMERICA GREAT AGAIN! pic.twitter.com/qKgwRMSgcf

Mediaite also reported that the logo in question was also used by the fascist group “Lion Guard,” whose name came from a Trump retweet of the Benito Mussolini quote “It is better to live one day as a lion than 100 years as a sheep.”

VDARE made headlines last week when the Justice Department’s immigration arm sent judges a morning news briefing that included a blog post from their website that included racist and anti-Semitic slurs.