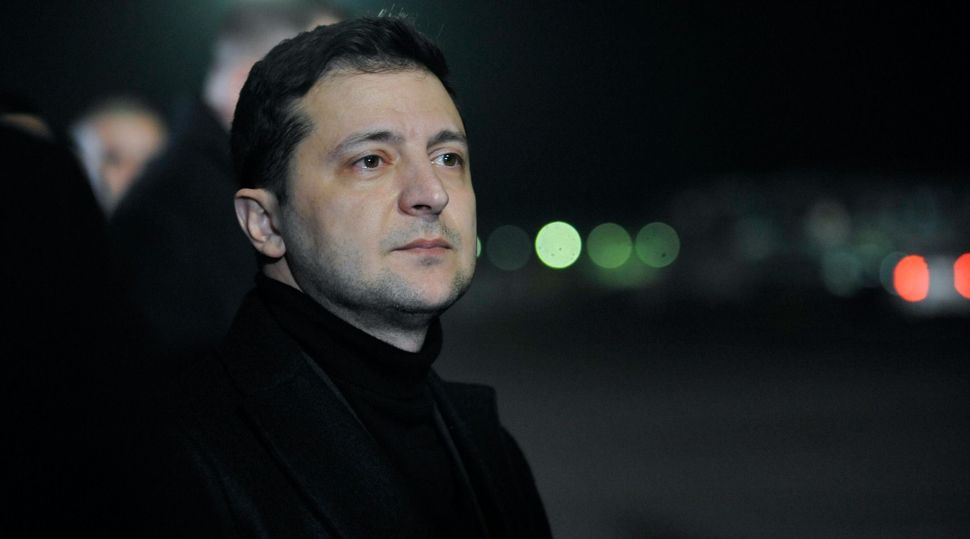 Ukrainian President Volodymyr Zelensky attends a ceremony welcoming Ukrainians who were freed by pro-Russian rebels during a prisoner exchange at the Boryspil Airport outside Kyiv, Dec. 29, 2019. By Sergei Chuzavkov/AFP via Getty Images

Several shots were fired at the car of Sergey Nachmanovich Shefir, a former television producer whom Zelensky appointed as his top aide. Shefir was not injured but his driver was hit by three bullets in his leg and is being treated in a hospital for non-critical injuries.

Shefir and his brother Boris both worked with Zelensky, who is also Jewish, when they were all part of the show “Servant of the People.” That show starring Zelensky launched his political career, and he was elected president in 2019.

Police are investigating the incident, which they say could be an attempt at intimidation by local oligarchs or the work of Russia, which has had a territorial dispute with Ukraine since 2014.

Zelenskyy, who is now in New York and is preparing to speak at the UN General Assembly, recorded a video message in which he called Shefir a close friend and promised a “strong response.”